Matt Bruenig and the righteous struggle. 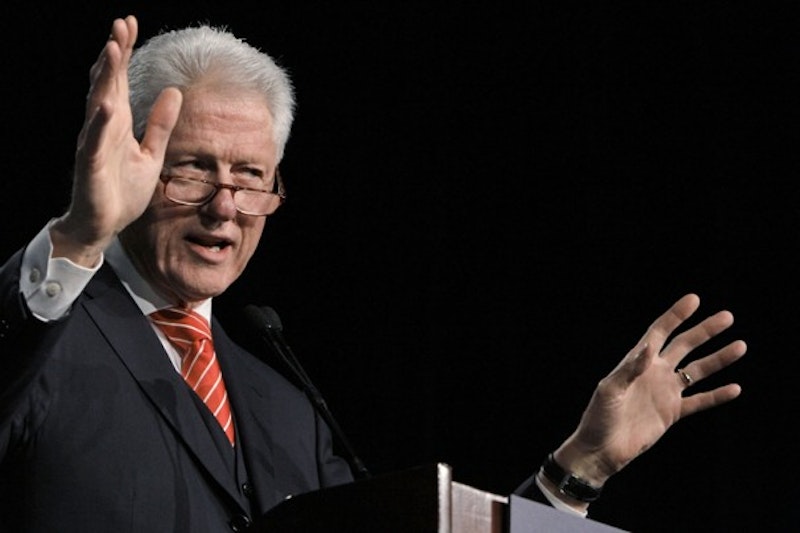 One of the staple arguments of welfare reform in the 1990s was that cuts were good and necessary because people using welfare didn't actually need it. The poor were not really poor enough; welfare queens were just bilking the system. There was no evidence of a crisis of people misusing the system, and the amounts of money at stake were tiny in comparison to federal spending on, say, defense. But people don't like the idea of giving money to the poor… so they convinced themselves that the poor didn't actually need the money.

People generally recognize that they're not supposed to kick someone when they're down. But still, people want to kick—which means you've got to figure out endless excuses for why your kicking doesn't hurt the person in question. That's been one of the running, depressing themes in the recent social media controversy around writer and blogger Matt Bruenig.

Bruenig has a long history of going after people aggressively on social media—often since the 2016 campaign started, to defend the honor of Bernie Sanders. Last week, he was doing his usual schtick. In this case, he accused Clinton policy wonk Neera Tanden of the Center for American Progress of being responsible for Clinton era welfare cuts which harmed Bruenig's mother. Tanden responded, accurately, that she had nothing to do with those cuts, and had never supported welfare reform. Bruenig never acknowledged his error, and kept insulting her—until his employer, the think tank Demos, told him to stop. Demos then discovered that Bruenig had been doing this sort of thing forever; they asked him to stop it, he refused, and they fired him.

Bruenig's firing led to a massive outpouring of stories from people who said he’d harassed them online, and that his harassment had helped spark Twitter mobs sometimes lasting for months, or longer. Sady Doyle, for example, a Clinton supporter, has been getting emails from people wishing for her death since she tangled with Bruenig and his crowd of aggressive Sanders supporters.

The response to charges of abusive behavior always follows the welfare reform model: a mix of, "they deserve it" and "they aren't actually suffering, anyway." Nobody can make the case that Tanden actually starved Bruenig's mother, since she didn’t, so they've gone trolling for other quotes and signs of iniquity. She has said many dumb things in the past, but it's not clear why that justifies lying to pretend she did things she didn't. Meanwhile, there’s an argument that people like Doyle are exaggerating their distress, or don't want to be held accountable for evil opinions. "How fucking thin skinned are you lol fucking baby" as one thoughtful tweeter declaimed. If Bruenig or his followers were to admit that the people they targeted are actually in distress, they might have to change their behavior. Wouldn't want that.

Bruenig has been on the receiving end of this logic. After he was let go from Demos, he started a gofundme to try to make up for his lost income. Immediately, people online began declaring that he didn't actually need the money because he had other income, or because his wife worked. Bruenig isn't the poorest person on the planet, but when you lose a gig, you lose a gig; it's reasonable that he would have a shortfall, and that he’d try to make it up. But if he's in distress, he deserves sympathy—and no one wants to sympathize with an abusive jerk.  So the only recourse is to pretend he can't actually be in need.

He's not in need anymore; the gofundme quickly got $25,000 in donations from supporters who love the way that Bruenig fights the power by insulting people, misrepresenting them, and joining in organized harassment campaigns.

I'd like to think some of Bruenig's contributors were handing him money because they wanted to support the kind of thoughtful poverty analysis he did through Demos. But realistically, you don't get 25K in a couple of hours for thoughtful poverty analysis. You get it because you're fulfilling people's empowerment fantasies. People love to see Bruenig kick the snot out of some evil neoliberal Hillary supporter—and if he happens to lie about those supporters, or if his actions lead to people posting crude sexual insults and death wishes, well, nobody could have expected that, and anyone who happens to express support for Clinton online should be ready to accept the consequences anyway. Bad people can't really suffer—a socialist battle cry that sounds oddly like the same capitalist battle cry as ever. The old boss and the new boss aren't so different, really. They both want the same, simple thing: to hurt someone, righteously, without consequences, and without guilt.