Weld the Factions Together

Perhaps Libertarians are already the establishment. 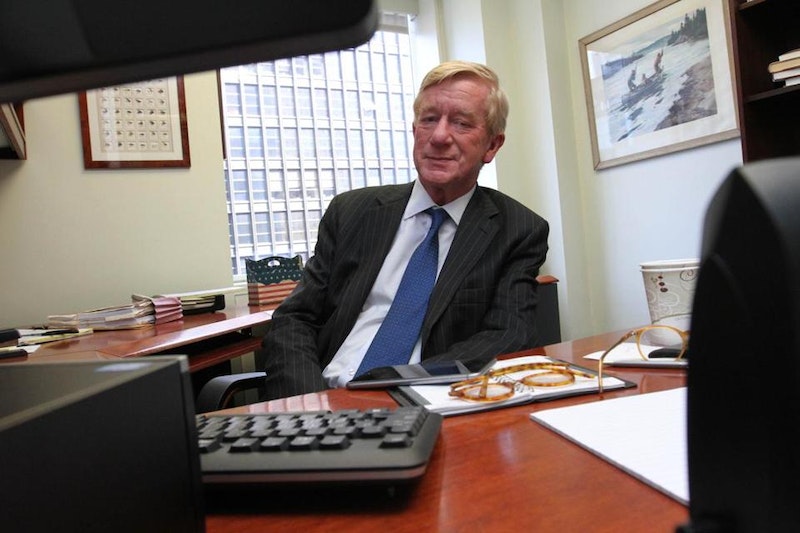 We won’t know until this weekend who the Libertarian Party is picking as its presidential and vice presidential nominees, but two prominent men expressing interest in the jobs are former Republican governors (of New Mexico and Massachusetts, crucially) Gary Johnson and William Weld.

Take a moment to marvel at the strategic implications here. These are both socially liberal, fiscally conservative, popular governors who might have crossover appeal in a year when Americans don’t sound too happy with Trump or Clinton. Geographically, they are well-suited to making inroads in the libertarian-leaning “interior West” states and my native Northeast, which is usually supposed to be a lock for the Democrats.

I’ll wax more Machiavellian than that for a moment, though: I suspect it’s not just the Libertarians who have made these calculations already but also the Republican establishment and perhaps major donors such as the Kochs who are wary of Trump. It may be no coincidence, as Rachel Maddow muses, that Romney decisively shot down the idea of him running as a third-party candidate the same day his fellow former Massachusetts governor Weld was announced as a potential Johnson running mate.

That may imply that the ousted GOP establishment have already decided the Libertarian Party is their weapon of choice for punishing Trump. And that’s fine with me. There will be Libertarian purists aghast that they are being used by establishment forces, but I say libertarians are supposed to appreciate “mutually beneficial exchange” above all else. What’s good for anti-Trump Republicans in the short term—possibly even good for Hillary Clinton, though the Libertarians pull votes from both left and right—could be fantastic for Libertarians and the human race generally in the long term. Let this become the year when the non-right, non-left, non-governmental option is too prominent to ignore.

We’ll know for sure the establishment is on board with the Libertarian option, I suppose, if neoconservatives such as William Kristol, more Machiavellian than I by far, start talking up the virtues of Weld and saying this pick shows what a serious candidate Johnson is. And that, too, would be fine by me. The neoconservatives enjoy manipulating pawns, but it’s lovers of liberty who are playing the long game here. Once the idea of doing without government becomes sufficiently widespread, old notions about Leo Strauss and the importance of NATO are going to look less inspiring by comparison, I’d bet.

I was a Straussian, neoconservatism-influenced teen myself, so the thought of having the neoconservatives become an opportunistic part of the libertarian team doesn’t horrify me. In fact, my humble hope for several years had simply been that libertarians would subtly alter the tone of the Republican Party’s neocon establishment. But if things instead work out in such a way that the neoconservatives are just a footnote to Libertarian Party success—hey, even better. Go, team!

I hope to see a smirking, condescending William Kristol on TV very soon, saying, “Well, there are some things in Ayn Rand and Hayek to admire, after all.”