Hope in itself isn't worth a damn thing. 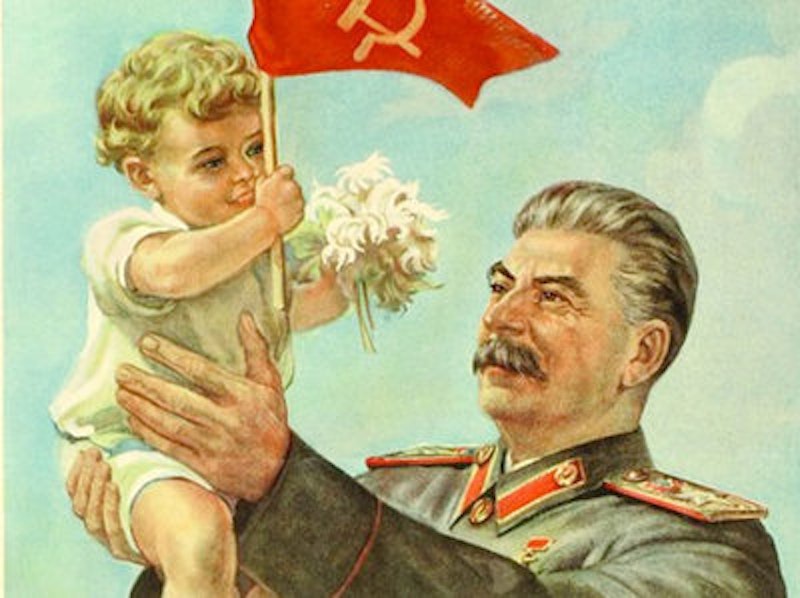 For reasons as mysterious as the nature of God, pundits and political consultants have become the same people, more or less. This is a very bad idea for many reasons, one of them being that in general they say nothing, and say it all together in exactly the same words.

For the better part of a year, these people have explained "the rise of Trump" or "the Trump phenomenon" with slight variations on this sentence: "There's a lot of fear and anger out there."

Fear and anger are supposed to be “negative” emotions, and I guess we'd prefer hope and bliss. Indeed, Obama made “hope” his slogan, his poster, and—until he decided to start smacking Republicans all day, every day—his persona.

If you’re a person who talks like this, I think you should spend some time reflecting. There's nothing good about hope per se, and nothing bad about fear or anger. Emotions picked out at this level of generality and applied to politics are without content.

One thing to note is that Hillary Clinton is running at the moment almost entirely on fear: of Trump, the loose cannon, the unstable tweet-machine who will have his finger on the nuclear button, the man who, she hints, wants to return us to the time when women and minority groups were profoundly oppressed. That’s a bad way for Hillary to run only if the fears are irrational. If you fear, with good reason, that you or people like you will be oppressed, or that a nuclear holocaust might break out, then you ought to vote from fear.

And hope, as the Obama administration has helped demonstrate, is worth nothing in itself, though perhaps it feels better than fear (anger often feels pretty good, though). It depends on what you hope for, doesn't it? A haze of delusory positivity is as dangerous as any other delusion. Sometimes anger is the right response.

Oppressed people are often angry at their oppressors. If you’re angry about the inequality that Clinton and Trump embody in slightly different forms, I think that’s appropriate. Malcolm X was pretty angry. So was Betty Friedan. If white people or the patriarchy disapproved, that was fully intended.

Political consultants and advertisers distinguish between “positive” and “negative” messages, and sometimes claim that people respond better to positive messages, or that positive messages will bring about better outcomes. They’re living in a world of empty generalities on a par with the Shepard Fairey “Hope” poster, which was itself a parody of socialist realist propaganda featuring happy hopeful workers and the inspiring visage of the great leader. Stalin ran on hope.

I'd say leftists are pretty angry these days. Read the Guardian op-ed page. That’s irrelevant to a moral assessment of their position without a lot more information. Are they angry about something real? Do they have reason to be angry? Will their anger help?

By the same token, "Make America Great Again" is surely a straightforward expression of hope. So what? What are the people who wear it on their hats hoping for? What is “greatness,” and did we ever have it and do we want it and whom will it help? Fear is adaptive. Sometimes it’s rational to be afraid. If you hope for the suffering and death of good people—as many have—your hope is a profoundly negative emotion, even if it makes you feel all groovy inside. Hope in itself isn't worth a damn thing.

I don't think the right is any more angry or fearful or resentful than the left, and whether they are or not is completely irrelevant to how you should vote. Indeed, though Trump is no doubt working various angles of fear and anger, he's also mining rich veins of fun and amusement and entertainment. His crowds look pretty happy to me—celebratory, really—though they may also crack down on a protestor two.

But the sheer mood of the moment on either side is irrelevant to a moral evaluation of their positions, the condition of our country or the means to change that condition, if we want to change it. Trump often looks pretty happy, and Hilary pretty grim. What's he happy or she grim about, and what do they propose to do about it?

—Crispin Sartwell is co-author of the new YA novel Spyder's Rebellion, or How to Overthrow Your School.