His political equilibrium is shattered and he’s sputtering. 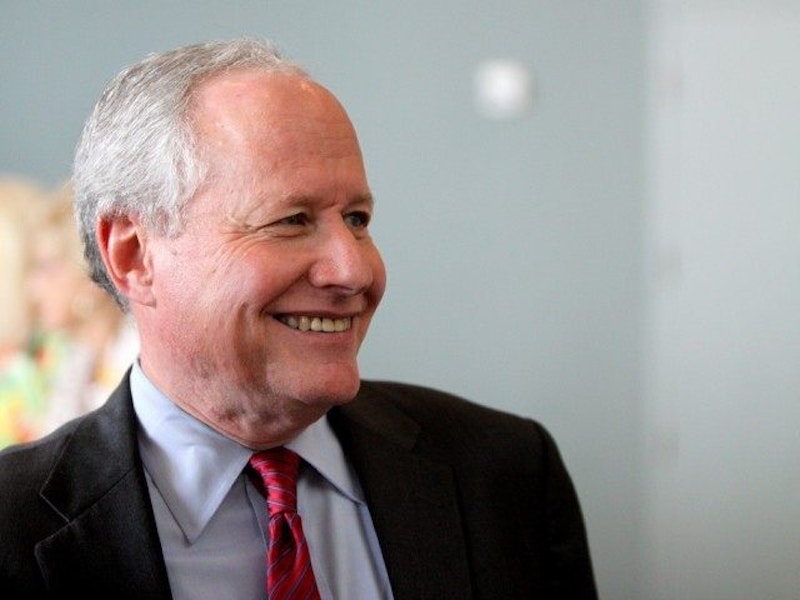 I don’t think Weekly Standard editor Bill Kristol is losing his marbles, a monkey’s uncle or waiting for pigs to fly, although that might be a minority view. Since last summer, Kristol’s been widely mocked for his consistently wrong tweets about the course of the GOP nominating process, mostly by those who favor Donald Trump, but even, in private, by some who are also appalled at Trump’s snatching the Republican nomination away from a more conservative candidate. I’ve met Kristol on several occasions, and he’s a charming, witty and brainy fellow, and though his trademark ear-to-ear grin on TV news shows gets old—sort of like when Tucker Carlson wore a bow-tie while still in his 20s—the man is, regardless of whether you agree with his views, of high character. And, as founding editor of The Weekly Standard, he gave a forum to a number of excellent writers, such as Carlson, Chris Caldwell, David Tell, Phillip Terzian, Richard Starr, Andrew Ferguson and Matt Labash. That’s not a small accomplishment.

Yet the ascension of Trump has unmistakably scrambled the normally unflappable Kristol’s political universe. He’s re-enacting Custer’s Last Stand, still holding out hope for an independent candidate to shake up November’s election, while most have accepted the inevitability of Trump facing Hillary Clinton. Kristol’s on a mission, and, to his credit, refuses to knuckle under to those who call it, charitably, quixotic.

In the current Weekly Standard, Kristol wrote an editorial, “A Choice, Not an Echo,” that appears, at least to me, as an exercise in catharsis, rather than a serious attempt to influence the GOP machers who’ve given up trying to convince, say Mitt Romney or Paul Ryan, to launch a third party.

He writes: “It’s unclear whether a credible independent candidate will choose to step forward. But there are many more such candidates than are dreamt of by conventional commentators and operatives. Recent attempts to write obituaries for the Never Trump/Never Clinton effort are wildly premature. Something new and different can be difficult to imagine for the old and tired. And our political class and pundit elites are nothing if not old and tired… Let the ruling parties tremble at a popular revolution. We have nothing to lose but our partisan chains. We have a nation to win.”

A few points here, and I won’t even poke fun at Kristol’s invocation of a Bernie Sanders-like “popular revolution.” Kristol says the “American people know better” than to accept the November choice and cites a Data Targeting poll that shows a high number of those contacted aren’t satisfied with the choice. That’s not surprising, since both candidates are very unpopular. But polls, which come out every day, aren’t nearly as predictive as even eight years ago. More importantly, Kristol, who presents himself as one of the de facto leaders of the “Never Trump/Never Clinton” movement, doesn’t offer a single man or woman who he’d support and work for. If indeed, “we have a nation to win,” it’d be helpful if Kristol advocated for a particular independent candidate. That he doesn’t says to me that he knows the crusade is over.

And, frankly, it’s very rich that Kristol castigates the “old and tired” pundit elites when he’s at the center of that Beltway nexus. Kristol’s 63 (not ancient, but not young), was educated at Harvard, is the son of Irving Kristol and Gertrude Himmelfarb, was Dan Quayle’s chief-of-staff and a neoconservative leader. That’s “elite.”

Hillary Clinton, for a vast majority of conservatives (and many independents and Sanders Democrats) is unthinkable as a president; she’s a malleable candidate who’s hypocritical (blasting income inequality while loading her coffers from the wealthiest people in the United States) and really believes that after all these years she’s “entitled” to the White House. Trump, aside from his incoherence and disgusting public persona (which could be excused under different circumstances) is viewed by Kristol and cohorts as too “liberal” for the country, a foreign policy and economic nightmare.

Left unstated is that if Trump is actually elected—not out of the question—the political world of Kristol and buddies will be flipped upside down, and of course that’s not tolerable.

But again, my main objection to Kristol’s latest clarion call is that he offers no plan or alternative candidate to stymie Trump and Clinton. Why not?