Apartheid of the Imagination

The fiction of demographic analysis. 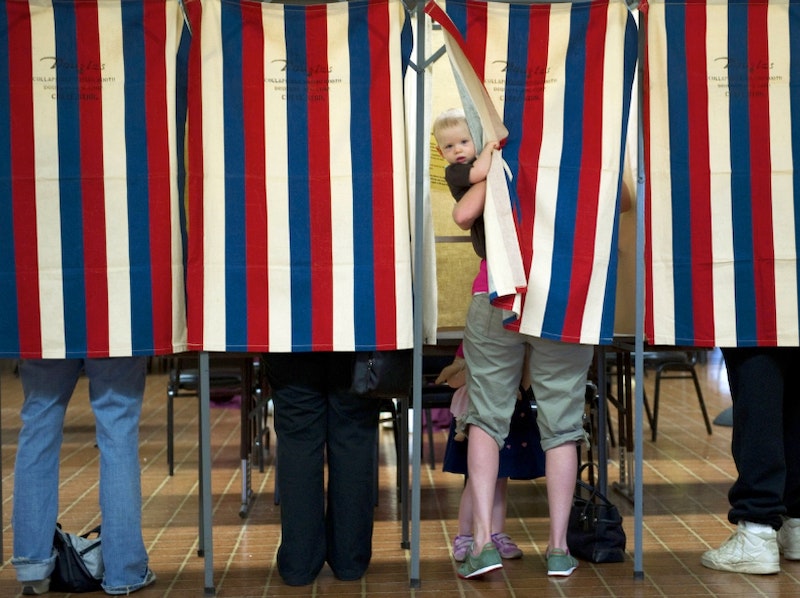 When pollsters, political consultants, and demographic experts analyze populations, they think they’re reflecting an antecedent reality: the population really is divided into groups such as “non-college educated white men,” “suburban white women,” “Hispanics,” or “millenials,” and these groups are decisive in determining elections. But these experts and strategists are helping to create and reinforce the demographic divisions that bedevil us. I say that what they're doing is conceptually indefensible. Nevertheless, it gets more extreme in every cycle.

Demographic analysts of this sort obsessively divide us from one another, trying to reduce us to stereotypes or make each of us over into a mere examples of a kind, flesh-and-blood human beings turned into etiolated abstractions. It's a kind of intellectual apartheid or eugenics, an imagination of group purity and technologies for achieving it. It’s presented in all media continuously.

Real human groups are entirely liquid on the ground. For example, we’re not divided into generations, breeding more or less continuously rather than all at once every 20 years. People speak multiple languages. Skin color is a continuum. Races interbreed nonstop. Suburbs flow into urbs and exurbs and people move about. We have many ways of inhabiting gender in different places and sub-cultures. If you started with somewhat different categories you would get an entirely different picture of the population.

It’s only in our imaginations that these groups stand there distinctly as some sort of historical actors, almost like individuals, or some kind of representation of a “typical” suburban mom or working-class white man or highly-educated millennial. What a pollster working for a candidate or party wants to know is not what groups exist, or what groups people take themselves to belong to, but what groups can be named, isolated, targeted, manipulated, appealed to separately, annexed. Race would not matter to these people if it wasn't a place where you could drive a wedge and pry off a substantial majority on one side or the other. If it were impossible to induce and increase a gender gap, gender would be irrelevant to such people. Increasingly, the result is parties and political afiliations that are not ideological entities but race/gender coalitions, mere expressions of ersatz collective identitites.

Say that Hispanics constitute 17 percent of the vote, and about 30 percent of them typically vote Republican. Then let's say Hillary Clinton designs advertisements aimed at Donald Trump on immigration, Trump produces ethnic slurs, etc., and Clinton wins 95 percent of the Hispanic vote, and wins the popular vote 52-48 percent. It seems obvious that Hispanics provided the margin of victory.

But notice that the vote of any like-sized segment is equally explanatory. If most "soccer moms" or most "people ages 35-44" or most people "with incomes between 50k and 70k" or most "people in the southeast corner of the state" voted for Clinton, then had they voted for Trump, he would’ve won. So the assertion, for example, that the result turned on the votes of white working class men or of Hispanics or whatever it may be, is completely unsupported by the “science.” The election no more turned on that group than on any other substantial group.

No matter how the votes of Latinos or millenials are distributed, once you’ve picked them out to study and focused your analysis of the outcome on how they voted, they’re decisive. Even if they split evenly, they’re decisive in that had they gone in one direction or another, it would have changed the outcome. You could say the same of people over six feet tall or people who live within 30 miles of a major river.

It would be exactly as scientific to rig up any old segment and regard it as decisive: blue-collar women, black and white, under 37; or black men plus Hispanic women; or left-handed divorcees; or people with hazel eyes. The results might be striking; some such groups might be strongly correlated with voting habits, as or more correlated than race, income, gender grouped in the conventional ways. But even if the results were not striking, even if the groups identified were evenly split, they would each be as decisive as Hispanics or millenials by the standards of this sort of demographic analysis.

The entire strategy consists of finding groups that can be portrayed as having a distinct set of interests, relentlessly emphasizing those interests, and extricating the groups from one another. Each of the identified groups votes more as a bloc each time around. And at the end of each election cycle, our divisions of race, gender, and class are, in our imaginations, stronger.

—Crispin Sartwell's most recent book is How To Escape, a collection of essays.