How the media gets it wrong on ISIS. 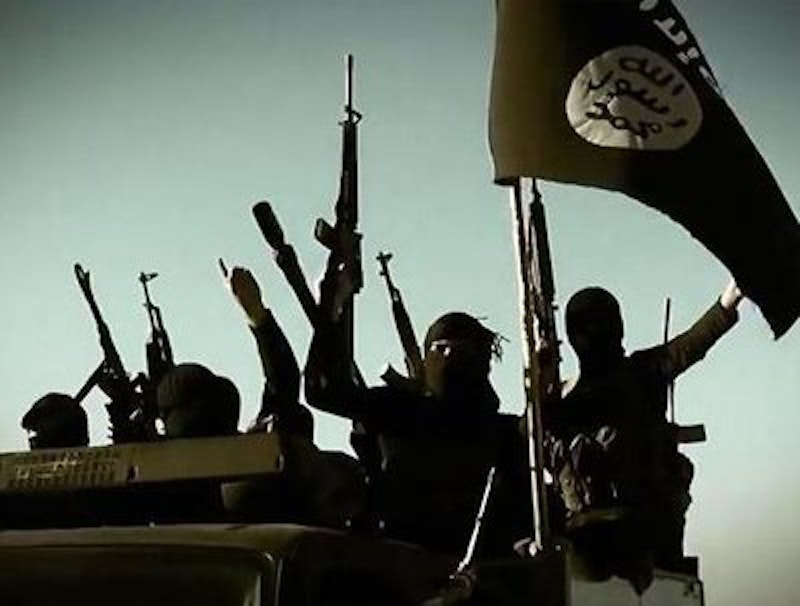 Dr. Max Abrahms teaches and researches on asymmetric conflict theory at Northeastern University, where he’s assistant professor of political science. Taking an academic approach to the study of terrorism has allowed him to cut through the conventional wisdom carried in the media narrative.

In a telephone interview, we discussed ISIS from a number of angles, including its extreme focus on violence, social media recruiting techniques, what motivates people to join the group, and how Obama has dealt with defeating the terrorist group.

Splice Today: You're an academic. Many of the media pundits commenting on ISIS and terrorism in general come from think tanks. Do you think their methodology is rigorous enough?

Max Abrahms: Pundits vary at think tanks, but generally professors of political science who focus on terrorism have stronger research methods and a broader understanding of militant group dynamics beyond the terrorist group. We also must publish in double-blind peer review outlets, whereas think tank blog entries are posted without any external review.

ST: What insights has your study of the history of terrorism brought to your understanding of ISIS?

MA: One is that ISIS is not as unique a terrorist group as the public perceives them to be. Yes, they have recruits from 80-90 countries and have had success with social media, but they deal with all the issues terrorists always have had to deal with.

MA: Leadership needs to be careful how much autonomy to delegate to lower-level members. Financing must be secured. The cross-cutting effects of violence must be weighed. Too much of it can easily become a failure of strategy.

ST: There’s a lot of attention given to ISIS' savvy use of the media. Do you think this has been one of the keys to their success?

MA: The media has oversold this idea while ignoring the negatives, so the public doesn't get the whole picture.

ST: What did the media miss?

MA: They missed the attritional side—the fact that posting videos of beheadings and other atrocities triggered a response from the targeted countries. The U.S. really began blasting ISIS after the James Foley beheading video was released. The ultimate effect was ISIS began losing more members than they were recruiting.

ST: Are you saying ISIS is too radical, too violent?

MA: It's important to note how it has worked against them. The more moderate Al Nusra Front has been more successful than ISIS in Syria because other groups will work with them, unlike ISIS, whose extremism is alienating. I really don't think ISIS leaders are strong strategic thinkers. They don't grasp the fact that some moderation is a positive for a terrorist organization.

ST: What's another example of a strategic failure?

MA: ISIS is indiscriminate about taking credit for terror attacks, and has encouraged its followers all over the world to carry out attacks wherever they choose. More thoughtful terror organizations are careful about what targets to hit and which attacks to claim credit for. I go into this in depth in a paper I've released on the topic.

ST: How much role does religion play in the ISIS phenomenon?

MA: Religion obviously plays a role, but other factors are often overlooked. For example, studies show that the more you've studied Islam, the less likely you are to join ISIS. Also, take a look at the European country that has supplied ISIS with the most recruits, Belgium. Eighty percent of them have criminal backgrounds. It's unlikely that religion is their main motivating factor to join ISIS.

ST: What are they looking for?

MA: ISIS likes to promise its recruits many things. The ability to create friendships is one. Recruiting videos will show militants eating together as a group, or staying at a hotel in Mosul, or having access to women. Women will join thinking they'll get to carry a gun and do exciting things, but they often end up working to recruit women into sex slavery. This causes a lot of buyer's remorse.

ST: What is the profile of a typical ISIS recruit?

MA: There really isn't one. They come from all walks of life. If they come from the UK, there's a good chance they're from a comfortable background. If from Africa, they're likely to be poor. It's hard to predict who will join the group.

ST: Does the media sensationalize the ISIS story?

MA: Look at Anbar. When ISIS took it over, the media covered it with a frenzy. On the other hand, when ISIS got expelled, the coverage was nowhere near the same.

MA: He hasn't been successful finding local troops to fight ISIS, and that's what you need to defeat them.

ST: What's been the problem?

MA: Local "boots on the ground" are a prerequisite for defeating ISIS. There are serious challenges and conflicts involved in working with all of players involved—the Shias, the Kurds, the Syrian army, the Russians—but I believe ISIS is this country's biggest threat, which calls for extraordinary measures. I wish Obama had worked better with all these groups. Iran will always be a long-term problem, but we must defeat ISIS first.