Should we fear the dark? 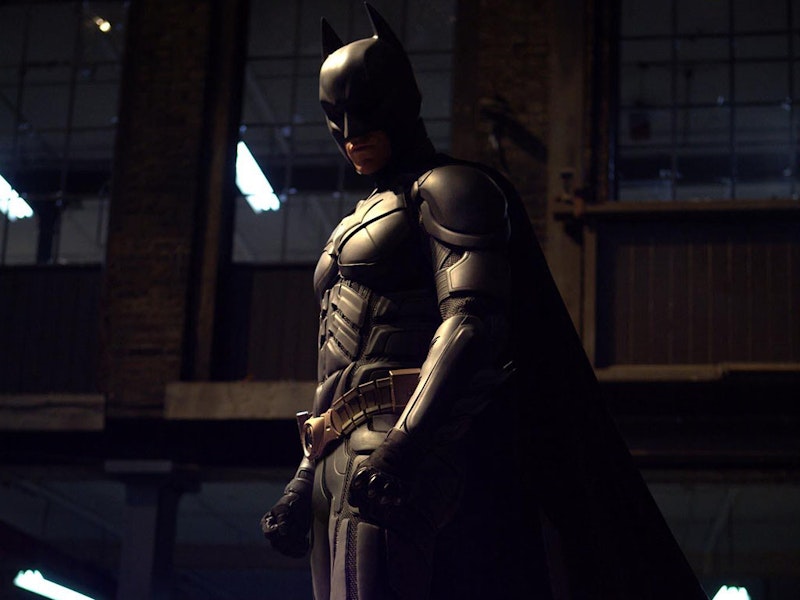 I felt guilty when, a few years ago, a friend asked whether he could safely take his kids to a new Batman movie and I realized I, as a non-parent, had not given the question any thought at all.

Kids? Who cares? Aging, grown-up comics fans need their Batman! But that’s selfish thinking. Maybe I should be embarrassed that grown-up comics fans’ demands have led to things like the new R-rated animated Batman film The Killing Joke, even as those same longtime comics fans wonder why kids are less likely to love comics these days than they were a half-century ago.

I was delighted with the first two Christopher Nolan films and might well have remained delighted even if, say, Nolan had surprised us with a graphic scene of Joker melting a victim’s face off with acid from his boutonniere, as he’s wont to do in the comics at times. Yet precisely because we comics fans have in some cases waited decades for the films to “catch up” to the horror and drama we always knew was present on the printed page, we may be ill-equipped to judge whether this stuff is kid-appropriate once it’s fully realized on-screen.

Famously, some have argued for decades that it’s all too intense even as printed material, though kids are stronger than they usually get credit for. It’s a tough call. It’s made tougher by the fact that what does not kill kids may make them scarier, not just stronger. Today’s unfazed youth may be tomorrow’s real-life sociopathic acid-boutonniere-wearer. We needn’t (and shouldn’t) dismiss all thoughts of character formation in the name of maximizing entertainment thrills.

Nuance being required in character formation, though, the last thing we should do is try to concoct a single, one-size-fits-all formula here. Certainly, we’d be on dangerous ground to turn the subtle art of character formation and childcare over to a homogenizing, soulless entity such as government. Witness what happens in Scotland when kids are snooped on by the government “for their own good”: Secret dossiers are kept on them. And even the overly broad rules of conventional private moralists—say, “no nipples”—can unwittingly turn morality into something almost as barbarous and simpleminded as its opposite.

But there’s something a bit cruel about teaching kids to love Batman and then telling them Batman is off-limits because the grown-ups need “darkness” and assault-induced spinal injuries. The Nolan Batman or the recent animated Batman might forge ahead with grim and gritty determination, but I keep thinking the Adam West Batman is closer to the voice of conscience, pausing time and again to express concern for his young ward, Robin, by telling him things like, “A boy of your age is not allowed in a drinking tavern.”

Of course, that version of Batman still let Robin fight gangsters who had machine guns, so some mixed signals here may be a trap that is impossible to escape.