An American Talks Sense About Brexit

Listen up over there. 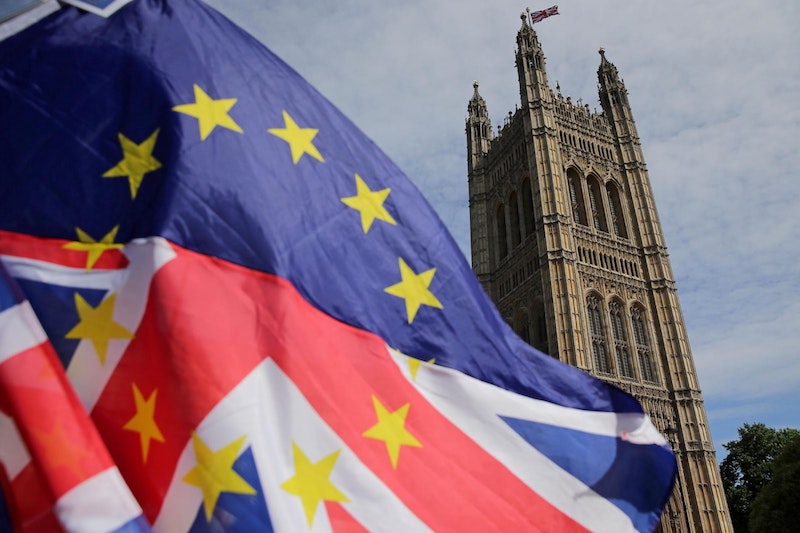 Brexit won England with 53.4 percent of the vote. When elected president, Barack Obama won 52.9 percent of the vote, the highest any presidential candidate has won since 1988. Even so, Brexit’s English total edges him. Remain came in a point better than John McCain, the sorry blighter who had Obama’s landslide (so reporters described it) land atop his bald head. But that point brings Remain to just 46.6 percent. In England, I mean. Remain ran up victories through the rest of the United Kingdom, so Leave’s figure for the nation as a whole is just 51.9 percent—not a fat total. But 53.4 percent is getting plump. That margin indicates a decision.

Now Brexit draws near. Experts say the country’s going to suffer if it leaves the European Union, and especially if there’s no agreement with the Union to keep trade from being snarled. But the deadline for leaving is weeks away and Parliament has voted down all the agreements given it. Britain skids toward its fate like a car skids toward a wall, or such is a widespread attitude. “Operation Yellowhammer documents predict public disorder, rising prices and disruptions to food and medicines,” The Guardian tells us, with Operation Yellowhammer being the government’s hitherto secret sizing up of what a no-deal exit would mean. The article’s headline boldly speaks of “chaos” (“Fears of No-Deal Chaos as Ministers Forced to Publish Secret Brexit Papers”). Boris Johnson, who’s prime minister and as desperately Leave as The Guardian is devoutly Remain, appears frantic to have a general election before Britain does any actual Leaving. Like the leaders of the opposition parties, he seems to think Brexit will be a very ugly duck if it’s born on the October 31 deadline.

Britain, delay! Kick that can down the road. Get an extension even if Johnson must be trudged off to jail. Don’t risk jumping from the window with no mattress below. But don’t cancel Brexit until the nation has given you leave. The Liberal Democrats, Britain’s perennial third-place party, are going bold with a new promise to drop the whole thing and tell the EU never mind. Perhaps the other Remainers will drift toward this position if the can-kicking extends over enough years. Let’s hope not. Imagine if the results from the presidential election of 2008 were set aside. Imagine the same for the results from England’s vote on Europe. People will have seen a clear ballot majority made into a joke. Democracy will have been slapped in the face and shuffled aside by the powers that be, and democracy can’t afford more of that treatment in these rough days. Certainly not in Britain, where it’s supposed to be safe. But if Britain’s leaders can’t show the battered dear some respect, much of the English population may see no point to her either.

Fracture your economy, fracture your democracy, or muddle your way through six or seven additional years of EU negotiations and referendum hell (trophy goes to whichever side wins two). These aren’t good choices, but now they’re yours. Let this American wish you luck, and please, don’t do anything we would do.