A new generation will be as clueless as me. 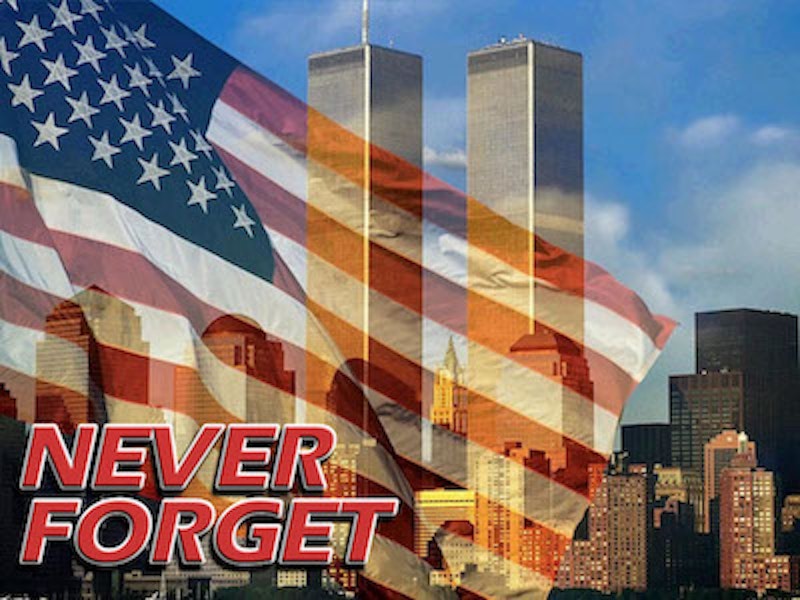 This week marks 18 years since the 9/11 terrorist attacks. Eighteen isn’t usually a big anniversary for historical events, but it seems worth noting in a world of soldiers, lost innocence—and irreverent memes. From this week forward, some legal adults (Generation Z) will justifiably be able to tell old-timers who take the event very seriously, “That happened before I was born.”

They’re lucky they didn’t have to experience the jarring (though in the grand historical scheme of things, subtle) shift in national consciousness, unlucky they may now feel pressure to join the military and cope with conflicts that result to some small degree from that day (at 18, you can join without the parental permission necessary at 17), and liberated in the sense that they can make jokes about the whole thing as if it’s just history, not current events.

It’s no longer “too soon”—and in any case, Gen X and Boomer citizens might be shocked to see how many jokes even the Millennials (a.k.a. Generation Y, roughly speaking born in the 1980s and 90s), most of whom remember that day, have been making about it via memes and one-liners for years now.

I’ll just say to my own X cohort that if you’re tempted to be offended, ask yourself whether you felt much guilt in childhood about treating the Vietnam War as old enough to be fit fodder for “napalm” and “flashback” jokes or cheesy action film re-imaginings such as Rambo: First Blood Part II (not to be confused with 2008’s Rambo or this month’s Rambo: Last Blood, this being perhaps the second most confusingly-titled film series after Halloween, which is the title of three out of 11 films in that series so far). I doubt you said “too soon” about Nam jokes back in, say, 1982, let alone 1993, 18 years after the war ended (and five years after Rambo fought alongside the Mujahedeen in Rambo III, the film that came right after Rambo: First Blood Part II).

Given the tendency toward 20-year nostalgia cycles, I suppose they’ll soon have “Remember 2001?” movies. They might even whitewash it a bit: Oh, it was a simpler time! Remember… America? Remember how much we used to trust the military? We lost our innocence that day! (Or gained it, or something.) But the music, oh, the music… They’ll set one of the Marvel movies then just to see if they can get the “period” feel right, put the Strokes on the soundtrack. That sort of 20-year nostalgia may continue forever, barring significant changes to the species. We may be trapped.

Then again, scientists have reportedly been surprised to find a new cocktail of three drugs is capable of reversing, not just slowing, the aging process. I’ll believe it when I’m 15 again, but that (or complete cybernetic overhauls) would certainly put an end to our usual (already vague) notion of what constitutes “a generation.”

It would also have huge ramifications for art of the kind that tries to grapple in a thoughtful fashion with history or memory. I just saw a Broadway production of the 1978 play Betrayal by Harold Pinter (who may owe his own Nobel Prize in literature to 9/11, since he got it rather suddenly after he became a very harsh critic of George W. Bush). That play, which I’m guessing Memento writer-director Christopher Nolan also saw at some point years ago, tells a story in reverse chronological order, the play’s beginning making a bit more sense with each step we take back toward the characters’ emotional origin point (with many pregnant pauses along the way, Pinter loving to use pauses indicated by ellipses in his scripts, each meant to last a tense nine seconds, they say).

How much of modern literature would survive rolling back the clock to discover the petty origins of its acclaim and original emotional power? That might make for an interesting, ambitious meta-artistic project. I’m going to guess that the future will say most 20th-century (purportedly) high art was about wanting to escape sexual inhibitions. It will probably all seem trashy and boring to the future-people.

The 21st century is so far shaping up to be a bit more overtly about politics, maybe. We’re now seeing a lot of art, in all media, about how intolerant this nation has suddenly become—even as we tolerate things like, say, a Muslim woman in the House of Representatives calling for the United Nations to seize control of the U.S. borders to prevent abuses by guards there.

If you’re one of the aforementioned Gen Z newly-minted adults and you’re rooting for her because you don’t like seeing this nation’s government boss people around, just keep in mind that representative, and several socialists in national legislature, would love to boss you around in countless other ways.

You know, kids, when you were born, planes were used to attack the U.S. and everyone got so nervous that soon you won’t even be able to board a domestic flight without government-approved, souped-up Real ID. But that financial crisis a few years later, in 2008, left a lot of people nervous as well, so now I have to live in fear some economic ignoramus like Bernie Sanders or Elizabeth Warren is going to nationalize half of American industry while Rep. Ocasio-Cortez complains they aren’t going far enough.

Police/military powers and centralized economic control, over and over, generation after generation. I’ve lived long enough to realize we aren’t going to learn a thing. A couple of more decades and Generation Z will too.