A Pennsylvania county that would decay without immigration. 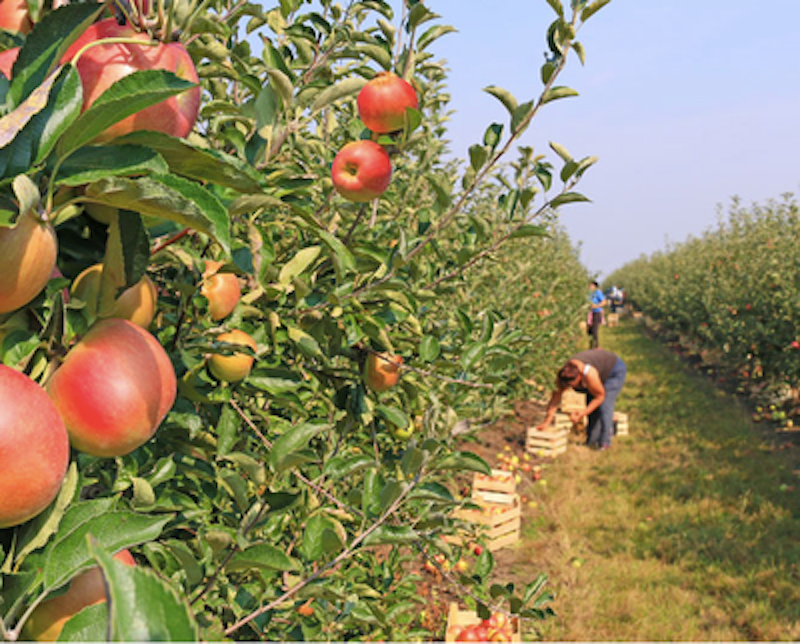 I live in rural Pennsylvania, 15 miles from Gettysburg, near the no-stoplight town of York Springs, population 800 as of 2010. In my opinion, it’s an incredibly beautiful area, paradigm Americana, red barns and old stone farmhouses. It's like an Andrew Wyeth calendar.

We're in the “Adams County fruit belt”: orchard country. There are hundreds of thousands of apple trees. Almost the only industrial-type concerns in the region are fruit-canning plants: Mott's and Rice and Knouse. Down the road, the high school in Biglerville calls their teams the “Canners.”

I moved to the area in 2012. I’d describe it as economically dying at that time. Throughout the region, and in the town itself, unoccupied houses were falling into ruin. That foreclosure vibe was everywhere when I was househunting; man, stuff was cheap, though it was hell getting a mortgage. It seemed like the average age of the white folks living around me was around 70. Their kids had left and hadn't come back. It's a version of what has happened to a lot of rural Pennsylvania and rural USA.

But one thing surprised me even then: almost the only going businesses in York Springs were a Pizza parlor and Lua's Mexican Store. About half the population consisted of Mexican immigrants. Trucks rolled around with decals celebrating Mexican regions or soccer teams. There were some young people, but most of them were Hispanic. It kicked in at a certain point that folks had taken to calling the town "Little Mexico."

And since 2012, it looks to me like a steady arc. In the town and all around, people are occupying and fixing up abandoned homes, which suddenly sport swing sets and trampolines. Children are everywhere: I got stuck behind the school buses last week in town, and there were dozens of younger elementary students pouring out onto the main drag.

The population of the whole region may almost double at harvest time: September through November, as migrant workers arrive, in their own trucks or in vans with Florida plates. There are little seasonal housing compounds throughout the orchards. But obviously, a lot of these people have stayed. Orchards do require more or less year-round tending. People became orchard managers, or started little businesses here and there: restaurants and hair salons and Mexican stores.

So immigrants have revitalized the region economically, demographically, and culturally. There is a long history of Quaker and German settlement (I live near East Berlin, PA), but that was in the 18th century. We needed this, I think, for the area to live.

A few days after I moved in, the police chief stopped by to say hi when I was out in my driveway; he's just the sort of person you'd expect him to be, a grizzled tough guy. I remarked that I was surprised by the Mexican presence. He gave me a little rap: “We've got no problem with them. They're the most family-oriented and law-abiding folks you ever saw. If they think I'm going to be out here enforcing immigration laws... That is not my job." He was gratuitously volunteering that even then.

I've seen a few “inter-ethnic” teenage couples strolling around or sitting on the bench at the playground. A hybrid culture is emerging, somewhere between Wyeth and Zacatecas, which I think could be pretty damn cool. At the amazing Tania's restaurant (and jewelry store), the clientele has gone from all-Mex to maybe 50/50.

Trump carried the county by a substantial margin. I'm not sure how many among the immigrants are eligible to vote, or how many did, but it sure was Anglos at the polling place. They were there to make America great again. I was talking to a couple of guys in the line. They were extremely ready for Trump. But one of them was furrowing his brow and saying, "except for the immigration thing. That's been good for us." The other guy felt differently, immediately started in on the wall and American jobs.

But if rural Adams County, PA knows what is good for it, it cannot possibly gear up for deportation squads and the like. Lord knows where we'd be without immigration: continuing to die slowly over decades, I suppose.