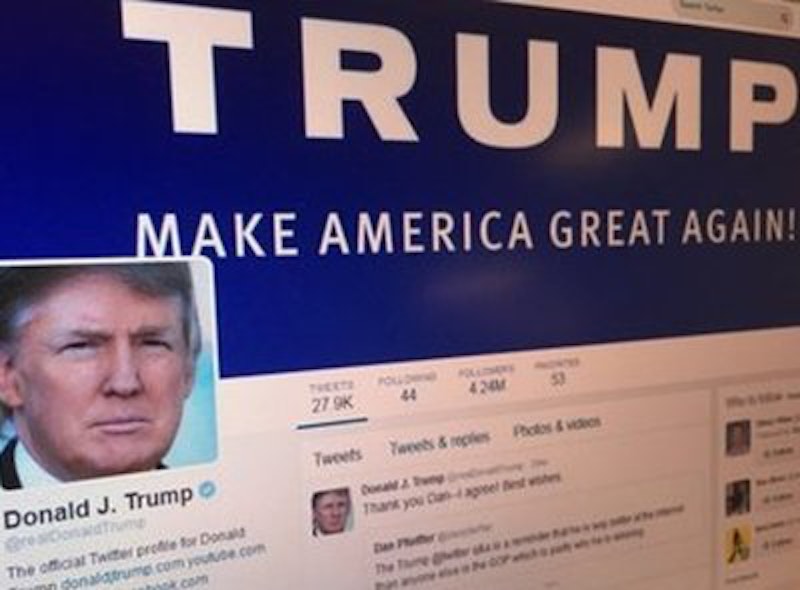 It’s impossible to predict in mid-December, five weeks before he takes office, if Donald Trump’s presidency will be successful or, for whatever reason, he’ll be drummed out of office and Mike Pence will take over. “Presidential honeymoons” don’t exist anymore, and Trump is certain to set a record for immediate rancor among the media and the millions of Americans who voted for Hillary Clinton. I suspect he doesn’t really care all that much, which has to infuriate members of The Resistance, an ad-hoc group on social media that’s attempted since Nov. 8 to either reverse the results or dog Trump throughout his White House tenure. Unless they get bored.

I didn’t vote for either candidate, but am willing to give the obnoxious and crude President-elect a fair shot. I do find it ridiculous that his virulent detractors are predicting a fascist state, internment camps (just like FDR!), abolition of the First Amendment (just like Woodrow Wilson during World War I!) and California falling into the Pacific. Currently, there’s a minor campaign on Twitter, appealing to the site’s owners to ban Trump from tweeting, because of “hate speech.” This has to be the silliest “group action” in the past several weeks, for Twitter—a company that no one wants to buy because its static number of users and disappointing revenue—as a “for-profit” (dirty words) enterprise has hit the lottery. Should Trump continue to make his views known via tweets once he’s president, eschewing press conferences—and there’s no indication he won’t—Twitter will reap the benefit of all that traffic.

Trump’s bypassed traditional media by holding court on Twitter and refusing to heed the Beltway “rules” of how a chief executive ought to conduct himself. Trump’s recent chat with Taiwan’s president is an apt example: most of the media clucked that this sort of action “isn’t how things are done in Washington” and that he put the nation in peril by ticking off the Chinese. Never mind that the brief exchange of words isn’t a patch on President Obama playing footsie with Iran, treating the avowed enemy of the United States as an equal; critics did a Humpty Dumpty routine, saying our country’s relationship with economic power China might lead to an economic disaster or even war. Talk about living in 1979! Absent outright provocation, China’s leaders understand that in a global economy, breaches of traditional protocol like the Taiwan call are small beans.

Then there’s Vladimir Putin and the Russian hacking story. If anyone really knows what the Russians did to upend the election, they’re not telling. Yet The New York Times breathlessly editorialized on Monday: “New disclosures by American officials now reveal that intelligence agencies concluded with “high confidence” that a desire to undermine American faith in the electoral system morphed into an effort to hurt Mrs. Clinton’s chances.” This is rich: no direct sources, no one on the record with indisputable facts, just “high confidence,” and that’ll have to do. The day before the paper, in an editorial headlined, “Truth and Lies in the Age of Trump,” moaned that the surfeit of “fake news” and Internet distortions have aided Trump in conducting his presidential transition in an unorthodox way.

“Without a Walter Cronkite to guide them,” the writer said, “how can Americans find the path back to a culture of commonly accepted facts, the building blocks of democracy? A president and other politicians who care about the truth [meaning Democrats] could certainly help them along. In the absence of leaders like that, media organizations that report fact without regard for partisanship, and citizens who think for themselves, will need to light the way.”

A couple of years ago such a bald lie from the Times would raise an eyebrow—but no more—for of course the daily’s editors (and owners) include the Times among “media organizations that report fact without regard for partisanship,” and whether that’s an inside joke, a last-ditch stab at relevance in a media age when Facebook, BuzzFeed and the like are more ubiquitous news sources (no slight to Teen Vogue, a Conde Nast title that issued a rather jejune blast at Trump) or true self-delusion is anybody’s guess.