There’s nothing new or unusual about it. 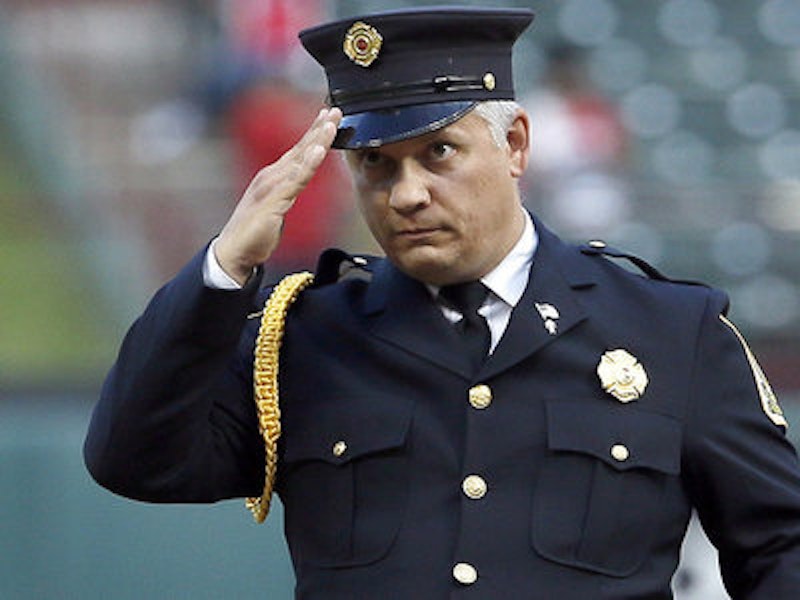 In The New York Times last week, Christopher Suprun, a Texan who’s decided not to cast his Electoral College vote for Donald Trump, wrote an explanation of the factors leading him to his decision. After noting that former Breitbart head and Trump appointee Steve Bannon has expressed admiration for power-hungry villains like Darth Vader, Suprun carries the analogy further. “‘Rogue One,’ the latest ‘Star Wars’ installment, arrives later this month,” he writes. “I am not taking my children to see it to celebrate evil, but to show them that light can overcome it.”

This analogy unwittingly plays into a conflict that’s raged for much of the year. During the 2016 campaign, but particularly since the election, two forms of political discourse have been especially common online: references to works of pop culture to comment on politics, and complaints that these references are vapid, unserious, and even politically regressive. In The Baffler last month, Jacob Silverman wrote the most comprehensive takedown yet of such references, deriding them as a “retreat into juvenilia,” a sign of “refusing to engage with the world as it is” and thus “overlook[ing] the very real horrors already looming for swaths of the population, including those who have never seen Doctor Who.” There is a political valence to the critique, as those who would turn to pop culture to describe politics are assumed to be “liberal” (Silverman uses some form of the word seven times): squishy, superficial, blind to systemic problems, allergic to real political engagement. For critics like Silverman, tweets like this sum up the dichotomy: you can either engage in real activism, or you can burrow into the comfort of your Netflix queue to avoid facing the struggle before us.

Suprun’s op-ed shows that it’s not so simple. Whatever you think about the merits of faithless electors, you can’t say that Suprun is retreating into a cocoon of pop culture. Neither was the protester I saw at an anti-Bannon protest the week after the election, holding a sign that referenced Harry Potter: “Mudbloods Against Bannon.” Both are instances of pop culture being referenced, not as an alternative to action, but as an explanation of it. They call on widely-recognized works of pop culture to help them express their reasons for taking action—exactly what “pop-culture liberals” are supposedly averse to, according to Silverman—and to urge others to do the same.

There’s nothing new or unusual about this. It’s how culture works: when you want to communicate with everyone, you use the common language of references everyone will understand. Back before the age of film and television, the one book you could count on everyone having read was the Bible, so biblical references were standard in political discourse. Today, you can’t be sure that your audience will recognize biblical allusions, but you can bank on them having read or seen Harry Potter or Game of Thrones. Not all political rhetoric is created equal, and I hope it’s obvious I’m not claiming that a Patton Oswalt tweet about The Empire Strikes Back is analogous to Lincoln referencing the Psalms in his Second Inaugural. What I’m claiming is that literary and cultural references have always functioned as our collective memory in political discourse, a pool of figures, events, and emotions accessible to nearly all audiences. The age of instant streaming and CGI has not changed this vital role that culture plays in politics.

What has changed is the way that speculative fiction—science fiction, fantasy, and comics—has come to dominate our popular culture, and it’s this new dominance that critics object to. Those who sneer at political references drawn from speculative fiction assume they represent a “retreat into a fantasy world,” as this tweet has it: speculative fiction is escapism, the thinking goes, so using it to understand politics means trying to escape the political moment rather than facing it. However, this misunderstands how we consume fiction, including speculative fiction: the goal is not to avoid what Aristotle called “pity and fear” (two very apt words for our post-election moment) but to face them head-on. Just as no one reads The Handmaid’s Tale for a jolly romp, no one reads about the reign of Dolores Umbridge at Hogwarts, or the Red Wedding in A Song of Ice and Fire, in order to feel the comforts of a just world. Yes, the forces of oppression are ultimately defeated in Harry Potter and The Lord of the Rings (as they are in The Handmaid’s Tale, incidentally, but not—as yet—in Game of Thrones), but no one discussing our political moment invokes the triumphant endings of these stories; they invoke the moments of greatest darkness and frustration. Pop culture references have nothing to do with what Silverman dismisses as “anesthetizing succor,” with escaping our political reality; rather, we deploy them to analogize that reality, so that we can come to grips with it and thus overcome the shock and numbness that prevent us from fighting it.

Other critics, while not opposed to cultural references as such in politics, bemoan how many of today’s references come from fiction aimed at young adults, presuming that such works are limited to only puerile insights. Why Rowling, Tolkien, and Suzanne Collins instead of Orwell, Atwood, and Gore Vidal? This complaint is based, though, on a misunderstanding of what makes these references work: their instant consumability. Harry Potter isn’t as politically complex as a lot of other fiction. But even when we use adult fiction as a political touchstone, we rarely do justice to its full complexity. 1984 is a densely political work, with two full chapters devoted to a treatise on the principles of authoritarian government, but in popular political discourse it’s generally reduced to the same few one-line chestnuts—doublethink, Big Brother, “war is peace,” “we have always been at war with Eurasia,” etc.—that are in themselves no more challenging to deploy than an analogy between Donald Trump and The Hunger Games.

Nor is it new to reduce children’s literature to its most quotable political insights. Spend enough time in online political argument and you’re bound to see Humpty Dumpty’s words from Through The Looking Glass: “When I use a word, it means just what I choose it to mean” and “The question is, which is to be master.” Simplicity and repetition are the point of these kinds of references: the whole idea of a common language is that everyone has to instantly know what you’re referring to. So while I’d love it if people regularly made references from my own favorite political fictions—Children of Men, say—I won’t kid myself into thinking that those references would be any more complex. Complexity is great when you’re talking to the fellow members of your steering committee; for mass political discourse, simplicity and instant relatability are called for.

Ultimately, sneering at pop-culture references is a form of gate-keeping, of marking oneself as serious and adult and dismissing those who don’t fit that standard. We can’t afford this kind of preening right now; we can afford still less to be excluding potential allies based on their self-expression. It may well be that some—though by no means all—who use cultural references in this way have lived relatively sheltered lives, and so, when confronted with the prospects of a President Trump, think of their favorite books where others would think of, say, their incarcerated relatives or their own history of homelessness. Even if that’s true, though, should we seek to deny those who have lived in relative comfort from understanding and working to change the injustice that they’ve been lucky enough to escape? You can, if you choose, try to restrict the struggle against right-wing politics to only those who have been personally scarred by them (but you should know that some of those making pop culture references are in this category too). Or you can welcome whatever allies are available, with whatever tools they find useful for making the struggle real for them—even if those tools are fictional.