He’ll attempt to create his own reality. 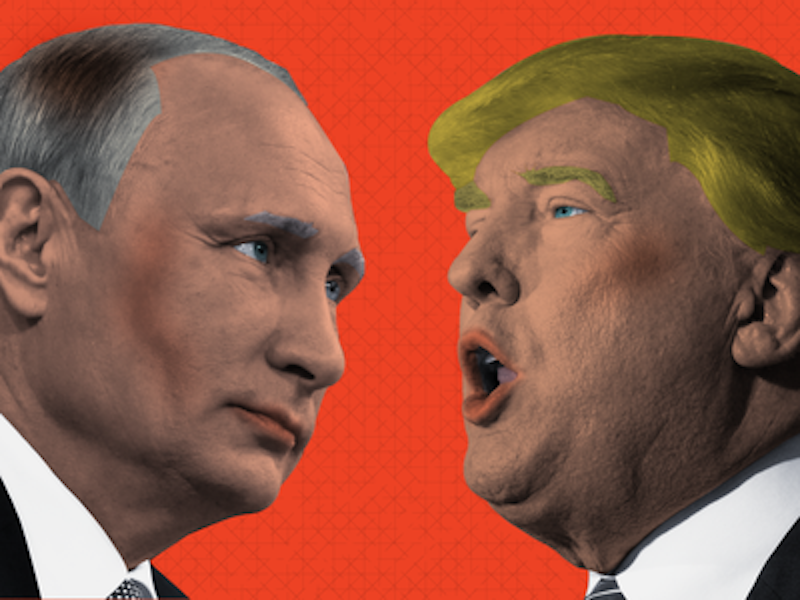 In 2014, Donald Trump tweeted his admiration for the CIA, but now that the Langley, Virginia-based spy agency has concluded that Russia helped him win the presidency, he's changed his tune. His prospective deputy secretary of state, John Bolton, is even calling it a “false flag operation” engineered by Barack Obama, employing a bit of Trump-style obfuscation.

Referring to events as false flags is a favorite tactic of conspiracy theorists like Infowars’ Alex Jones who understands, like Trump does, how easy it is to manipulate gullible people who want to believe something. Cozying up to a cynical hustler like Jones was one of the many warning signs Trump’s dropped throughout his campaign that he’ll push to make the U.S. look more like authoritarian Russia. Keep people from the truth and it's easier to keep them down. He doesn't appear to respect the Bill of Rights beyond the Second Amendment. That would come in handy if the worst-case scenario somehow plays out and the armed men who’ve always said they're “anti-establishment” put on their militia uniforms in the name of President Trump. If such outliers ever attain legitimacy, then it's all over. All you can do then is make sure you have your passport handy.

It's not a panic-induced overreaction to at least consider how to respond if Trump grabs power and crippling institutions once he's in office. It’s not that far-fetched to imagine him ignoring a Supreme Court order or instructing military leaders to take illegal actions. Institutions that have long served the country well are now taken for granted, but they aren't inviolable. This is the guy who said he'd jail Hillary Clinton when in office and called for an immigration ban on all Muslims.

George W. Bush and Obama paved the way for someone with dictatorial aspirations to occupy the Oval Office. That's the risk you take when you strengthen the powers of the highest office in the name of national security. It was no shock that the Bush administration, aided by legal theorist John Yoo, beefed up the commander-in-chief aspect of the presidency, but Obama was supposed to be different. Instead of restoring the Bill of Rights to its rightful position, his administration turned out to be more of a continuation of the Bush years. The National Defense Authorization Act for Fiscal Year 2012 that Obama signed allows for the denial of habeas corpus and due process of U.S. citizens, who can then be subject to indefinite military detention.

Presidents have enhanced the powers of their office for so many years that the Founders wouldn't recognize it any more. Lincoln acted like a dictator during the Civil War when he suspended habeas corpus. FDR used the Great Depression and WWII as pretexts to ignore the Constitution. Jefferson made The Louisiana Purchase, widely regarded as unconstitutional at the time. How could anyone assume that Trump, after a terrorist attack that wouldn't have to approach the magnitude of 9/11, wouldn't make a major power grab? Above all, he wants to appear strong.

A president who says he’ll make America great again is one to watch out for. Trump admires “strength,” as with Putin, and the Chinese leaders who brutally quashed the Tiananmen Square uprising. He's lied for so long now that he knows he can keep getting away with it, just like Putin does.

The executive branch is massive now, dwarfing Congress, which has a relatively small staff and a bunch of people who disagree with each other. It can't effectively check a president, especially when he's in the process of installing loyalists, which is exactly what authoritarians do. Their loyalty is personal, not to a set of principles. Trump's signaling now that he'll limit the media's access to him and focus on creating his own reality with his own “facts.” There's another Putin tactic.

Too many ducks are lining up for Trump to become the strongman he wants to be. Obama attempted a huge expansion of presidential powers in trying to protect five million undocumented immigrants from deportation. A federal appeals court struck down that plan, but the precedent remains for Trump, who might be able to bypass Congress on another matter of huge scope if there's a national security issue he can use as leverage.

The media can't signal to Trump that they’ll play nice by bringing in pro-Trump loyalists like Jeffrey Lord. They can't be a party to defining a new “normal” either, because “Trump normal” is scary. Before Obama leaves office he needs to put this “false flag” issue to rest. The Democrats need to end their tribal infighting and unite to face the threat their weakness allowed to happen. Things are getting strange. There are signs that people all over the world, including the U.S., are wearying of democracy. Trump will soon put that idea to the test.