A district court in Wisconsin has ruled tax-free housing for clergy unconstitutional. 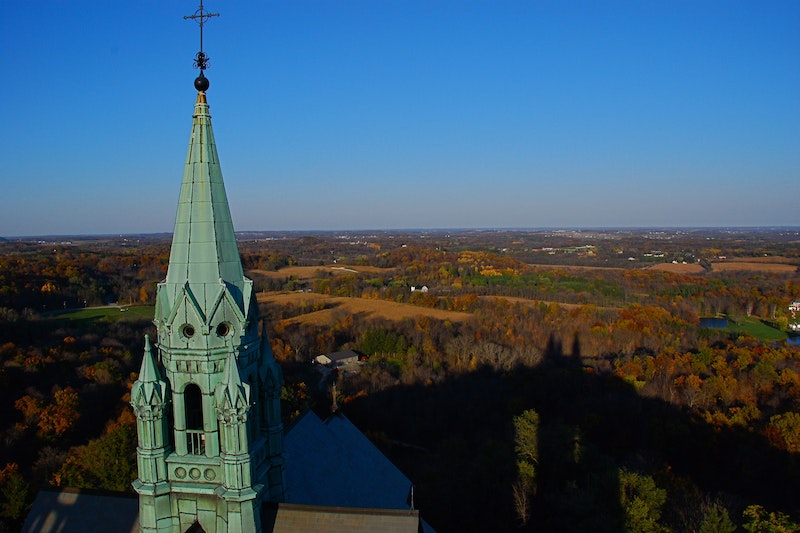 Of all the recent groundbreaking developments in U.S. law, few were more unexpected than the decision of a district court in western Wisconsin that ruled an almost 50-year-old statute regarding religious income tax exemption unconstitutional. For secular Americans and supporters of equitable taxation, this stands among the greatest judicial victories to come from a fire and brimstone melee that's been raging since 1644, when Roger Williams—a Baptist theologian, the first governor of Rhode Island, and a staunch proponent of the separation of church and state—unleashed an anti-theocratic battle cry for the ages, declaring, "Forced worship stinks in the nostrils of God."

The spark of controversy ignited by Roger Williams continues to burn today, slowly but surely approaching its apotheosis in what sociologist Robert Bellah called "American civil religion." In his 1967 article "Civil Religion in America," Bellah writes, "...the separation of church and state has not denied the political realm a religious dimension." Essentially, Bellah's article asserts that political systems and civil servants are not and never will be free from religious influence, an influence which is only one tiny dimension of many that comprise the socio-political consciousness. While most of the world remains emotionally connected to things that transcend objective logic's icy veneer, one way to hoist the civil religion banner high is to acknowledge the fact that a life touched by faith-based principles is no more or less special than a secular one.

26 U.S.C. § 107, aka the "parish exemption" bill, was originally conceived in 1954 by Wisconsin Rep. Peter Mack, a man who certainly didn't share Robert Bellah's belief in the civil relationship between religion and politics. Mack made the dramatic claim that his bill was created to help those who were "...carrying on such a courageous fight against this (godless and anti-religious world movement)” by guaranteeing clergy the privilege to use untaxed income to pay for rental housing and mortgages, and the right to waive property taxes. There is nothing spiritual or civil about using tax perks to reward those who fight against the "godless," so Judge Barbara B. Crabb's decision to strike down the parish exemption bill is as much a victory for equality-minded atheists as it is for the integrity of religion.

A new sense of American cultural solidarity will triumph when ministers, clergy and churches can accept more financial responsibility both in defense of civil religion and as a way to breathe some life into the country's still sluggish post-recession cash flow. This is especially true if said religious entities are required to pay taxes in an amount comparable to that of the worshippers who form the faithful working class. Though far from a vow of poverty, once they get some quality time with the IRS religious authorities and institutions will be stripped of their unmerited economic entitlement which will consequently be replaced by a deeper empathy for the day-to-day plight of the parishioner as tax payer. Under these circumstances, organized religion's historic ties to community activism would be strengthened as the humanitarian element of religious work gains an extra incentive to develop new, legally tax-exempt charity programs. This strategy will soothe the residual pain brought on by any financial awkwardness that could arise once the parish exemption bill's nearly 50-year free ride comes to a grinding halt.

As well as establishing a fresh awareness of civil religion's positive impact, equitable taxation could re-invigorate the role of faith based groups in the non-profit sector, something which ultimately could help transform the modern tide of economic failure into a faded memory.