A totalitarian government with democratic trappings. 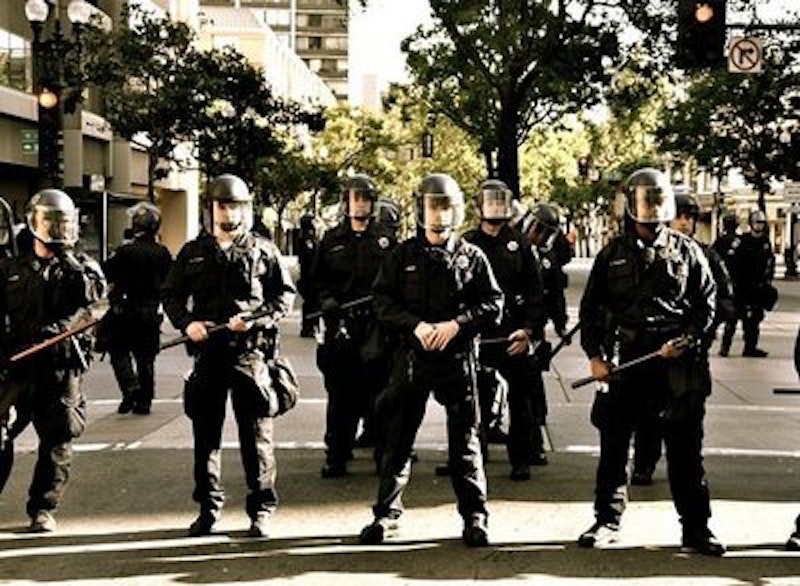 American democracy is different than every other system of government. That's a very popular belief, often referred to as American exceptionalism. America may have flaws, but at its essence, it is good—and the goodness makes it different, special, unique. Democracy is at the core of America, and that democracy is a guarantor of virtue.

What if democracy isn't a core American value, though, but a surface trapping? At The Washington Post, Michael K. Miller suggests that, in fact, elections, freedom, and representative democracy can often be simply filigree on an authoritarian regime. Or not "simply" filigree. Rather, Miller points to research he's conducted showing that even autocratic regimes benefit from the forms of democracy, even when those forms are manipulated, or designed to benefit, an authoritarian ruler. A democracy with a history of autocratic elections is more likely to survive and be stable long term. "This shouldn’t be too surprising," Miller says, since "today’s strongest democracies all passed through a prolonged period of unfair or limited-suffrage elections."

Miller doesn't spell it out, but one of those "strongest democracies" is clearly the United States. As he suggests, the U.S. passed through a long, painful, embarrassing and shameful period of unfair and limited-suffrage elections, in which women, blacks, and many others were prevented from voting.

More, the South in America before the Civil War consisted of a vast prison camp on a scale that dwarfs those maintained by the brutal current-day North Korean regime. Jim Crow continued a state-enforced system of apartheid and violence. And for that matter, the U.S. now has more people in prison than anywhere else in the world, whether measured in absolute terms or as a percentage of the population.

America does have democratic institutions, and a system for changing regimes through peaceful elections. But it also has a history of massive state-supported violence and repression, which remains today. The U.S. continues, for example, to disenfranchise prisoners, and in many cases ex-prisoners. Those who run afoul of the government's policing structure are robbed of the vote. If another country did that, we would see it as an authoritarian system designed to prevent enemies of the state from dismantling the regime's system of repression.

America doesn't see itself that way; instead it talks about criminals abrogating their right to contribute to a uniquely democratic public sphere. Miller, though, encourages us to be a bit more skeptical about that U.S. uniqueness. America is not so different from, say, Nigeria, which had its first ever opposition electoral victory recently, or from Sudan or Togo. Those countries, like the U.S., have some democratic institutions in place—democratic institutions which are imperfect and manipulated by those in power. Nigeria and Togo are, by most measures, less democratic than the U.S. (even if they have fewer prisoners.) But the contrast here is not between a uniquely democratic U.S. and authoritarian non-democracies. Rather, the U.S., Nigeria, and Togo are all systems with some aspects of authoritarianism and some aspects of democracy.

Another way to put this is to say—with the Founding Fathers—that all governments are innately authoritarian and innately corrupt; all governments tend towards the abuse of power. Democratic institutions are designed to try to rein that abuse in. Voting is meant to delimit a natural tendency towards totalitarian violence and autarchy by giving individuals the opportunity to have a say in how government treats them, and who rules them.