America, Inc. Is Not in the Business of Making a Profit 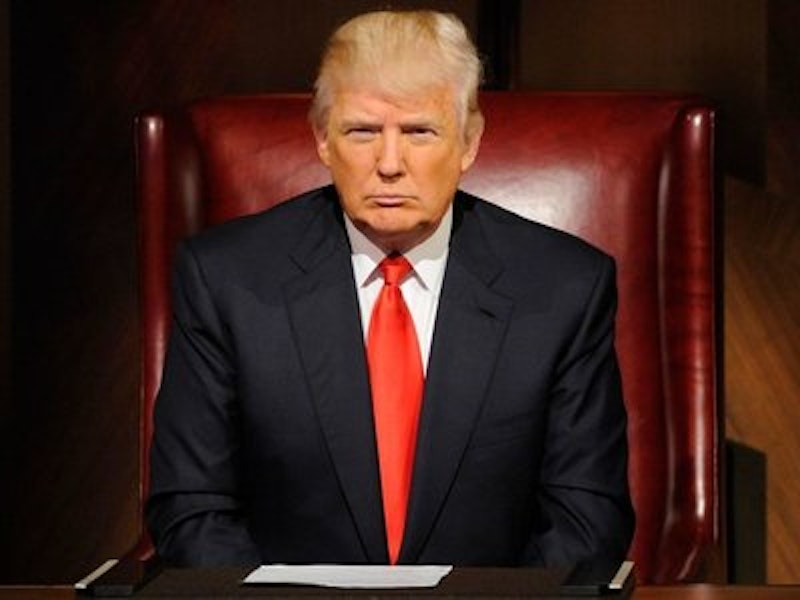 President Donald Trump has debunked the durable myth that the country can be run like a business by a businessman. Conservatives have long argued that a businessman in the White House would keep the nation solvent and straight with boardroom acumen and decision-making prowess. Trump has proven those wishful thinkers wrong.

Trump is the first captain of industry since Herbert Hoover to lead the nation. Consider what happened then and witness what’s happening now. Hoover’s policies contributed to the Great Depression and Trump’s chaotic bumbling has the world on edge, cringing over his next impulsive utterance or action. Trump’s had to reverse himself on the long-standing two-China policy, and he’s botched the two-state policy between Israel and Palestine. Yet he insists that his administration is functioning like a “fine-tuned machine.” Tanking in the polls, besieged by the courts and Congress and unable to fully assemble a cabinet and staff, no new president in memory has experienced such a tumultuous, discordant start. Trump is unable to get beyond a permanent campaign to grasp the fine points of governance.

The biggest problem a businessman-as-president has is grasping the concept of government checks and balances. No such brakes exist in the private sector except the rare whim of shareholders. Trump’s a perfect example. As head of his own company he was free to exercise his temper and will. As president, he’s limited by Congress and the courts. Trump’s travel ban boomeranged because administration lawyers argued, in effect, that the courts have no right to reverse a president’s executive authority. And Trump’s about to collide with Congress on a number of issues, especially Obamacare. The elastic ethics of the boardroom have no place in the White House.

“Whosoever brings another to power loses power himself,” observed Niccolo Machiavelli, the 14th-century courtier and the world’s first political consultant. Put another way, a smart politician never allows a second power center to develop. In Trump’s White House, it’s difficult to tell who’s in charge. There are factions, rivalries, back-stabbings, independent power centers and more undercutting leaks than a colander—which is nothing unusual in power centers—leaving the President seemingly baffled over the ruckus around him. So, Trump resorts to a technique he perfected on the campaign trail—deflect attention from the problem at hand by attacking the media, as he did last week in full fury. Trump’s news conference was a checklist of false information and dubious claims.

As with Trump, many successful businessmen are characterized by a strong authoritarian streak that’s more suited to the boardroom than the Oval Office. Boardroom bluster doesn’t compute with international diplomacy or facile inter-personal skills. Thus, we get the businessman-as-president ranting on Twitter that he’s always right no matter that facts and events contradict him. Boardroom executives tend to lend a willing ear to those around them. They listen but say little, sharing attention but not information, a characteristic that Trump did not bring with him to the White House because he appears to lack the patience. Trump often prattles, as he did at his news conference last week, like a man with Tourette’s Syndrome.

Heading a nation of 330 million people involves more than the same simple guidebook that it takes to negotiate a parking lot or any other land deal or construction site. And you can be sure that when Trump was negotiating a real estate contract or a branding arrangement he was surrounded by lawyers, accountants and MBAs who were prompting the right phrases and codicils. And even then, Trump went wrong. Into bankruptcy from the Trump portfolio went the Plaza Hotel, Eastern Airlines and a couple of casinos, not to mention the unpaid bills wherein he stiffed contractors and workers.

America, Inc. is not in the business of making a profit. It’s in the business of helping people. So right away that kicks the props out from under the argument that a businessman could lead the nation into a new era of prosperity and balanced budgets that eliminate borrowing to pay our bills. Borrowing is an accepted government practice when money is cheap, as it is now, and balanced budgets are another myth that exists only in the minds of theorists and for some unfathomable reason, Republicans.

Trump is totally ill-equipped to serve as president. But, we are taught, in America anyone can grow up to be president. And so it came to pass. So you’d think he’d want to surround himself with experienced hands who understand the complexities and inner-workings of government and, more important, how it relates to the people it governs. Trump has roughly 4000 jobs to fill, many of them at the sub-cabinet level and below where the real action of running government occurs. But take one look at the hapless crew staffing the White House, and that’s pretty much what to expect throughout the Trump administration. Trump’s bungling is a singular example of the shortcomings of on-the-job training.

Trump has surrounded himself with the company he keeps, billionaires like himself (if only he’d prove it by releasing his tax returns). His government top tier is almost an anti-cabinet—an education secretary who opposes public schools; a health secretary who opposes health care; an attorney general who fought voting rights; a housing secretary who isn’t sure what he favors; a secretary of state whose career was making oil deals; a national security adviser who engaged in secret phone calls with Russian diplomats and lied about them; a secretary of the environment who’s a climate change denier and who sued the federal government 14 times over environmental safeguards; a Tea Party budget secretary who is anti-government spending and favors cuts in Social Security and Medicare; a treasury secretary who made fortune foreclosing on mortgages during the financial crisis; and a nominee for labor secretary who opposed most labor laws and, ultimately, was forced to withdraw for other reasons. And Trump’s choice to succeed Michael Flynn, as national security adviser, Retired Adm. Robert Harward, declined the offer partly because of the “dysfunctionality” of the Trump Administrtion.

So far, Trump the businessman has prevailed over Trump the president. He has promised a massive tax cut that will benefit mainly those in his stratospheric tax bracket. He has pledged a massive repair to the nation’s crumbling infrastructure that’s little more than a sweetheart deal (public/private partnership) for contractors at public expense. And he insists on building the wall along the Mexican border, to be paid for with an import tax which would be passed on as higher prices to American consumers.

The disarray in the Trump White House is evidence enough that politics and governance should be left to politicians and bureaucrats and not to dilettantes who lack even a fundamental knowledge of how to assemble a government let alone run one.