All Politics Is LOL

If we’re online, so is strife. 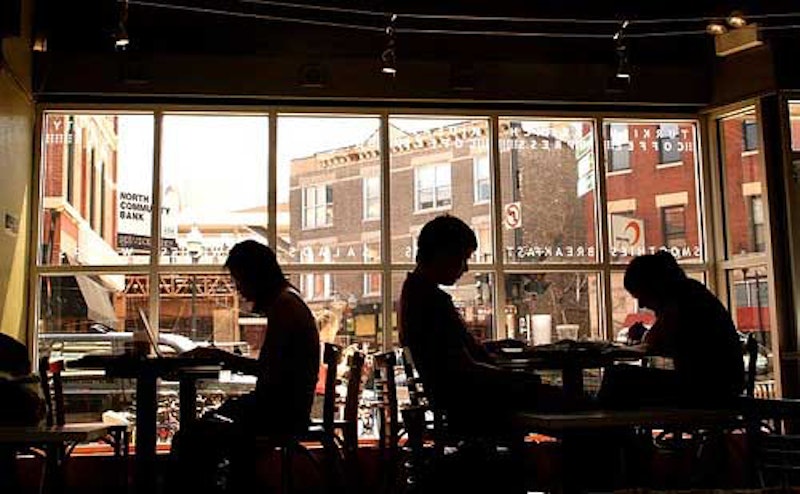 Ten reminders that as life moves online, more of our political battles will be fought over online life itself:

1. It’s creepy enough when government/corporate collaboration costs taxpayers/customers money, but Facebook is collaborating with the German government at Angela Merkel’s request to remove anti-refugee posts—even taking down a story warning about Islamic migrant rape gangs entering Europe and being treated with kid gloves by the law. It’s not every day that government, corporations, religion, and rapists all join forces to suppress speech, but worst-case scenarios sometimes happen. Resist.

2. Even as a laissez-faire capitalist, I can’t help but feel sympathy for socialist Bernie Sanders as he begins to suspect he was set up by a Hillary Clinton-supporting Democratic National Committee, which recommended the staffer who joined Sanders’ operation and soon got it in trouble for cyber-pilfering electronic Clinton campaign records.

If Sanders kept his hands off the physical means of production and stuck to fighting cyberspatial lies and (metaphorical) machine politics, who but Clinton could object to his efforts?

3. Twitter vows to crack down on “trolls,” but boy oh boy is that an ambiguous term. Among my acquaintances, it can mean anyone who uses humor to vex pretentious pontificators. To Twitter and the law, it should probably mean only those who threaten to use force or fraud against the people with whom they argue online. (Twitter can of course set its own rules so long as it does not lie to people about what they are, and I don’t mind the law erring on the side of treating ambiguous threats as threats and pursuing those who make them.)

But to the feminists and other activists who are sometimes targeted for online threats, alas, “troll” has come to mean pretty much “anyone who disagrees with me or annoys me.” If Twitter’s overworked censors passively accept that definition, we will all be in cyber-jail soon enough.

4. There’s a litany of new-minted Internet-use skeptics in this Washington Post piece—including the capitalism-hating Pope and memoir-fudging Dave Eggers—all lining up to get offline, and the piece doesn’t even bother to mention that the central Luddite in its story, Astra Taylor, was a key Occupy Wall Street organizer.

This suggests to me that some Occupiers, far from being the vanguard party of the future, have gone from being anti-capitalist to being flat-out anti-technology. But remember, their house philosopher David Graeber is still the real extremist—he wants to get rid of math. Read his book Debt if you don’t believe me. Be glad Occupy left downtown Manhattan—and may now be exiting cyberspace as well, if Taylor is any example. There will be so many silent hashtags.

5. It’s not just the Occupiers, though. I see another article proclaiming “print is back.” Having delayed a mere 20 years or so on some of my earliest book pitch ideas, I guess I can finally deploy them now! Until they come to fruition, though, please read my book Libertarianism for Beginners, out in April.

6. Many of us first learned of the idea of “reputation servers”—electronic records of who owes what favors to whom, which might eliminate the need for money as we’ve known it—from Bruce Sterling’s 1998 cyberpunk political campaign novel Distraction (it hurts my head now to think about whether cyberpunk novels can be said to take place in “the future”).

That dream was Bitcoin-like in its potential to smash the centralized, statist monopoly on tracking debts and printing currency—but now the Chinese government, the biggest authoritarian government in existence, has taken the idea up a notch and wants to track the “social credit points” and good citizenship of everyone in China. What sounded tech-anarchic may become the final piece in the near-complete totalitarian puzzle that the rulers—and the nerds—around the world seem to be constructing.

(Such trends will never be stopped so long as people prefer asking how the whole world ought to be instead of asking how they can be left alone. Society's anti-individualist, socialist, collectivist values are rotten to the core, from church congregations to Bernie Sanders rallies.)

7. Facial recognition wasn’t enough, I guess, and it appears that technology is now being extended to perform emotion-prediction. Thoughtcrime meets precrime meets the TSA. Swell.

8. Contentious online protocols is one of those fascinating cases of a gray area that people with political foresight could see coming but which may have become important much faster than you’d expected, perhaps faster than you’d hoped. Similarly, resolving the ambiguities about how to define intellectual property (highly contentious even among libertarians) doesn’t matter so much while everyone’s still focused on farmland. Figuring out how best to structure legal claims to new land doesn’t matter as much the day before you discover a new continent. The rights of artificial intelligence constructs seem like a topic for idle philosophy classes until the AI start complaining to you.

9. The hacker quasi-group Anonymous reportedly took down many Twitter accounts that were merely in Arabic after vowing to target ISIS-linked accounts—a reminder that declaring yourself judge, jury, and executioner is risky business, but I still prefer bad judgment leading to cyber-consequences over bad judgment leading to serious meatspace consequences. Better to hack accounts than to hack necks. May all fights be cyber-fights in the future, at least until an EMP brings down the grid.

10. With so many percolating cybertrends, maybe it’s the perfect time for software mogul and badboy John McAfee to declare his intention to seek the 2016 presidential nomination of the Libertarian Party. There’s a good chance I’ll end up voting for whoever they anoint, so this is important to me.

I know there are those to whom all Libertarian Party politics seems like nerdy make-believe—a bit like something out of a massive multiplayer online game. But then, that’s pretty much everyone’s future anyway, it appears.