Jon Ronson’s the King of the Online Morals Police 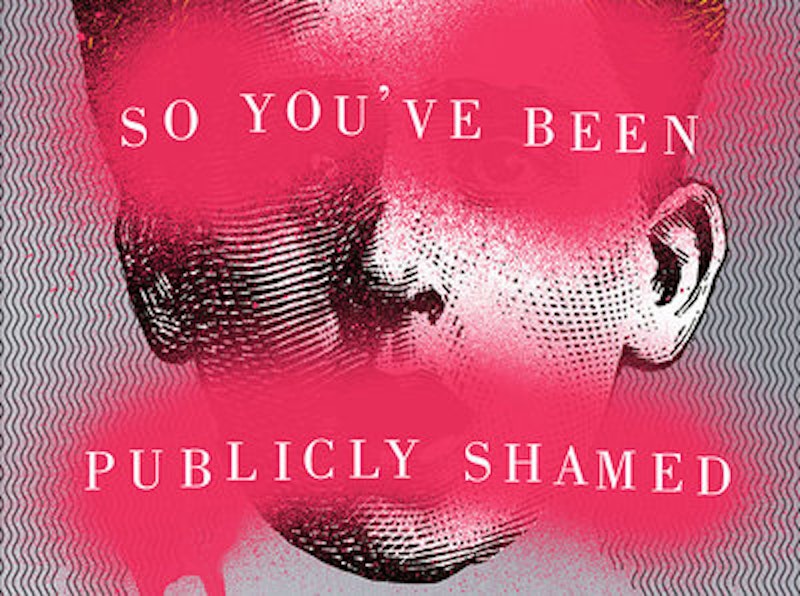 Jon Ronson’s made his career by shaming you for shaming. In his book So You've Been Publicly Shamed, he wags his censorious finger at all those who dare to wag censorious fingers. In 2013, a PR representative Justine Sacco tweeted "Going to Africa. Hope I don’t get Aids. Just kidding. I’m white!" Though she had just 170 followers, the tweet went viral, and she eventually lost her job. Ronson points to this as evidence that social media is a haven of shaming hysteria; a witchhunt moving from target to target, singling out all those who dare to issue forth a politically incorrect tweet. Ronson has himself, he says in a recent post at The Guardian, been subject to unfair attacks. People called him a racist and told him he sucks. "On social media we’d had the chance to do everything better, but instead of curiosity we were constantly lurching towards instant cold judgment," he declares. Shame on all of us for our poor tweeting.

I'm not exactly accusing Ronson of hypocrisy here. Yes, he incessantly shames people for the crime of shaming. But he never claims that all shaming is bad. In the Guardian piece, on the contrary, he points out that certain kinds of shaming are necessary or good. The video of New York police strangling Eric Garner is one example of media, and social media, shaming that Ronson feels is important. He calls Black Lives Matter "a new civil rights battlefield"—one that, as he acknowledges, relies on shame and outrage to mobilize protests and political action. Some shaming, like that of BLM, is good. Some shaming, like that of Justine Sacco, is bad and excessive. So, presumably, Ronson thinks his own shaming of others is necessary and just. Those shaming him, on the other hand, are on a witch-hunt.

But even if Ronson isn't intellectually contradictory, there is something unusually oblivious about his intellectual pose. He constantly uses the universal "we" to describe social media shaming. "Given that we are the ones with the power, it is up to us to recognise the difference" between reasonable shaming and unreasonable shaming, he argues. But even as he calls for greater perspicuity, he’s blind to the fact that what he’s doing, in that very sentence, is shaming others.

Ronson's thesis, his arguments, his performance as a moral arbiter—are based on his ability to convincingly shame the public at large, and, occasionally, target particular individuals. One of the villains in Ronson's book is Adria Richards, a black Jewish woman who reported a guy making sexualized jokes at a tech conference to the organizers. The man in question has remained anonymous; Richards, on the other hand, has faced a massive backlash; she was attacked and doxxed, and lost her job. It's Richards, though, who Ronson feels acted inappropriately.

Ronson wants to take a moral stance against inappropriate shaming. But he's unaware, or unwilling to grapple with, the extent to which taking a moral stance requires, and is tangled up with, shaming. Morality itself, in public life, is built on contesting, and enforcing norms—and that, in turn, is dependent on shame. At one point, gay marriage was seen as immoral, and those who supported it were subject to shame and censure. Now, in at least some places, homophobia is seen as immoral and those who support it are subject to shame and censure. To be moral is, one way or another, to experience shame.

And so, inevitably, in setting himself up as a moral arbiter, Jon Ronson also sets himself up as a font of shame. What does he do to those who criticize him, suggest he has a double standard, or argue that he is myopic? He says they’re part of a witch-hunt and that they should be ashamed. And maybe in some instances he's right. But his lack of self-awareness has made the conversation about shaming, and about morality, dumber than it has to be. And for that, I'd say, he should feel shame.