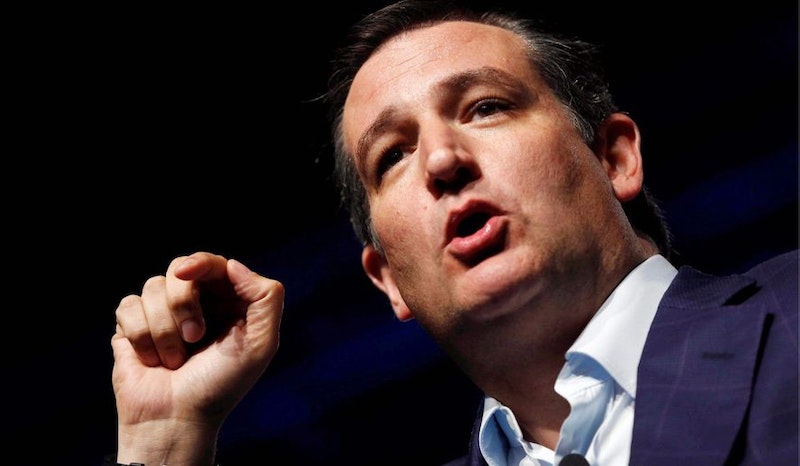 Just as ideologues have long vowed to move from the U.S. to Canada if someone they don’t like gets elected here (as if that switch makes a big difference in the grand scheme of things), various factions keep threatening to leave the Republican Party. Usually they don’t end up bolting, but I believe strongly in remembering that past patterns don’t always hold.

Out of wedlock births can become the norm, crime that was once skyrocketing can plummet downward, the young can lose interest in the Beatles, and so on. Can Donald Trump drive important factions out of the Republican Party?

We libertarians are always threatening to jump ship and usually don’t—about 70 percent swallowed their pride and voted for Romney in 2012, by one estimate (not me). Various religious activists, including the late Paul Weyrich, have long threatened to withdraw not only from a Republican Party that takes them for granted but also from secular society in general. And neoconservatives John McCain and William Kristol have half-jokingly implied they’d have to give hawkish Hillary Clinton a second look if the Republicans nominated anti-interventionist Rand Paul.

All that seemed like business as usual, portending little, but a few weird things have happened this campaign season:

(1) Donald Trump not only annoys people, he’s pretty brazen about not caring whether he adheres to party orthodoxy, so it’s not clear party loyalists will feel obliged to stick with him (he might just as easily be running a Reform Party campaign).

(2) The Libertarians are likely to have an unusually credible candidate again this year in the form of smart, sane, likable former New Mexico governor Gary Johnson.

(3) Ben Carson might just be crazy enough to bolt the Republican Party and take an unusually high number of hardcore Christians with him, as he has said he‘s tempted to do.

(4) Kristol turns out to hate Trump even more than he hates Paul and has been surprisingly persistent about publicly toying with the idea of creating a new party. Kristol seems primarily concerned about Trump’s tone, but he may worry in part because the neoconservatives are more sympathetic to increased immigration than one might have supposed (not all of them—David Frum, himself both an immigrant from the aforementioned land to the north and a neoconservative, has recommended a tone of border-controlling nationalism in the past). Regardless of Kristol’s exact reasons for dissatisfaction, he’d probably mainly take hawks with him if he turned this running joke into a real party-launching effort and exited.

Who’d be left in the party if all these factions went their separate ways, though?

Maybe once everyone was gone, Trump should just change the name of the new, shrunken, populist GOP to the Reform Party, and all the ex-GOP members could agree to reconvene later somewhere else. (Or all the true free-marketeers can go vote Libertarian Party along with me, of course, but we’ll revisit that strategy in the near future.) But perhaps the centrifugal force of our ever more niche-audience-oriented century means that rebuilding coalitions will always now be far less likely than them falling apart.

If I were desperate to maintain the Republican coalition—and I’m not—I’d put a lot of effort right now into reminding people that all four of the factions alluded to in the list above feel some sympathy for Ted Cruz. Otherwise, maybe just maybe we’ll get to see how the U.S. operates with only one major party.