All the news you’ve read before from The Washington Post. 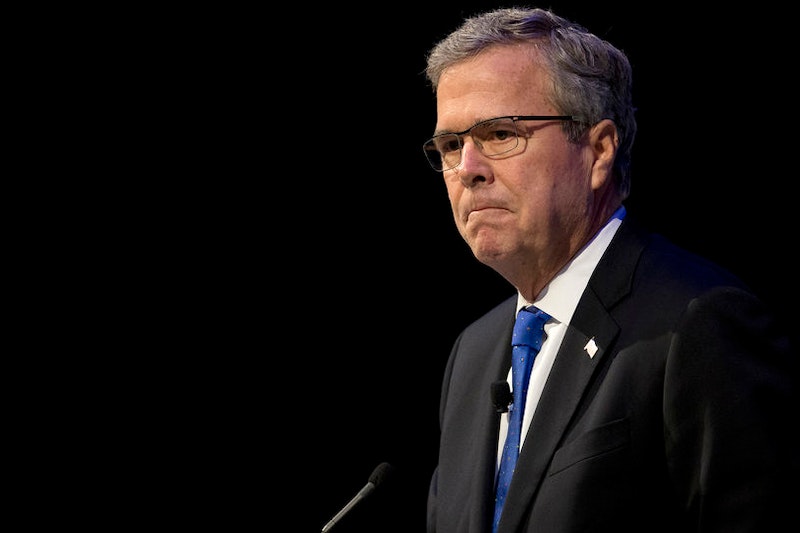 It’s time for the occasional check-in on Dana Milbank, The Washington Post’s nitwit-for-hire who fouled his paper’s op-ed page once again on Oct. 27. Milbank came up with the remarkable conclusion that Jeb Bush’s presidential campaign is in trouble. Do say! Never mind that Jeb’s half-hearted effort—I remain convinced that he jumped in for the benefit of his ailing 91-year-old father—never had any traction, despite the millions of dollars his family’s 20th century machine raised. Milbank, who claimed earlier this month that he’d eat the page that contained a column he wrote saying Donald Trump would never get the nomination took Jeb to task for not responding to Trump’s taunts like a real leader instead of a hurt schoolboy who’d rather “take his ball and go home rather than sully himself” by responding to his competitor’s insults.

Granted, Milbank, like 500 other Beltway soothsayers—who still, inexplicably, yearn for a clash of the Bush/Clinton “dynasties”—was correct in ridiculing Jeb for a comment the candidate made last Saturday in South Carolina. “I’ve got a lot of really cool things that I could do other than sit around, being miserable, listening to people demonize me and me feeling compelled to demonize them. That’s a joke. Elect Trump if want that.” Yet at this point, after Jeb’s cut staff, sunk further in the polls, solidified his reputation as a lackluster speaker, isn’t devoting to a column to his woes akin to writing that Rick Santorum has no chance at the nomination?

Milbank devotes about half the column to one more recitation of his extreme dislike of Trump: the slam against Ben Carson’s religion, his silly “birther” thread about Obama, disgusting anti-immigrant statements and his grandiose, and oft-repeated, praise of his business acumen. His advice to Bush: “Damn the Twitter attack, governor, and stop fussing about whether we’ve “lost our way.” Americans are better than Trump. A strong candidate would argue that with passion.” Oh, and ramping up the hyperbole, Milbank says that Bush’s “cool things” remark might’ve been the “most petulant speech” since Richard Nixon, upon losing California’s gubernatorial race in 1962 said, “You won’t have Nixon to kick around anymore.”

Milbank must work in a vacuum: there’s really no other explanation, for it’s unlikely that the veteran reporter/commentator is really as dopey as he sounds. The headline of his article is, “Why Jeb Bush’s campaign has gone so wrong,” and that could’ve been written in April, even before Trump got into the race. Doesn’t Milbank realize that Bush is finished, and in all likelihood will get creamed in Iowa? In fact, he might pull out by Christmas, delivering (while we’re in Milbank-land) the equivalent of Nixon’s “peace with honor” charade when the U.S. left Vietnam.

Like Milbank, I find Trump a vile presidential candidate; and while Ben Carson isn’t as obnoxious his views are deplorable as well. But Bush isn’t the man who’ll knock out Trump with combative retorts. That’s up to Marco Rubio and, God help us, Ted Cruz, the Texan demagogue who has slightly better manners than Trump. Move on, Dana, Jeb’s already doing his cool things, whatever they may be.