While he stokes fear about Oregon, cooler heads remember Cornell University in 1969. 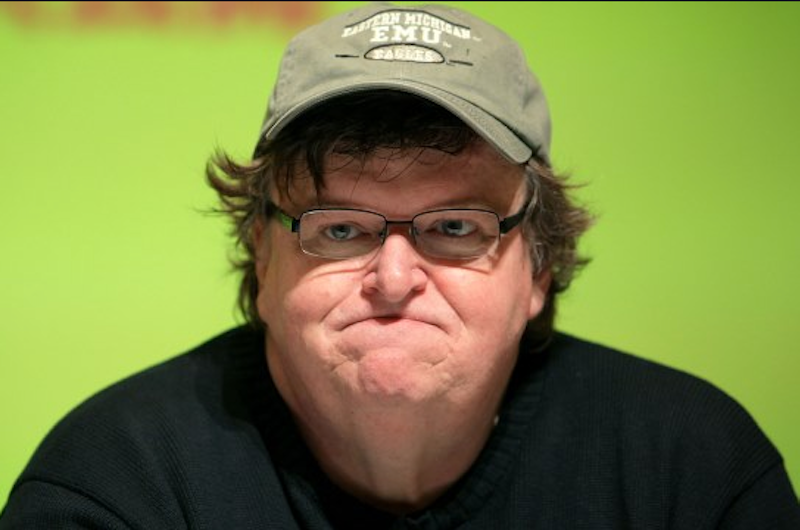 Nobody polarizes politically-minded Americans like the ranching Bundy family does. Cliven is not directly involved this time, but his sons Ammon and Ryan have led an armed militia in occupying biologist Linda Sue Beck’s office on the Malheur National Wildlife Refuge near Burns, Oregon in protest over land rights. Their mission seems fuzzy and ill-conceived, and even the swaggering “patriot” group calling themselves The Oath Keepers want no part of this one.

The debate over these “patriots” quickly divided into the two familiar camps. On the right, the building’s occupation was generally seen as a peaceful protest, though support for the militia’s actions was hardly unanimous. On the left, the tone was set by the utterly predictable Michael Moore, who tweeted, “Admit it. If the armed Oregon militia were black or Muslim, they'd all be dead by now.”

Liberals were convinced what was happening on the wildlife preserve was terrorism, though not a shot has been fired and nobody’s been hurt so far. I wonder if Moore and his ilk are aware that there’s a precedent for handling this sort of situation going back to Cornell University in April of 1969, when approximately 100 armed black students occupied Willard Straight Hall for 36 tense hours.

The Parents Weekend takeover of “the Straight” began as a protest against perceived racism on campus, triggered by the burning of a cross in front of a cooperative for black female students. Some parents were lodged in the building for the weekend, and the protestors forcibly removed them. At 9:40 on April 18, members of Delta Epsilon fraternity entered Willard Straight and scuffled with AAS members before being ejected. The Afro-American Society (AAS) then smuggled in guns in preparation for another attack. Members of the Students for a Democratic Society (SDS) then got involved, forming a protective cordon around the Hall. AAS leader Eric Evans shouted into his megaphone, “If any more white students come in, you’re gonna die here.”

Police officers from all over New York were called to Ithaca, where they awaited orders to storm the building. The potential for a bloodbath was real, but the order never came. Instead, negotiations produced a settlement—which included amnesty for the occupiers—and the students left the building. Wearing bandoleers and brandishing their rifles, they marched across campus in a brazen demonstration of power, much to the amazement of many Cornell students.

The amnesty required faculty assent, but they refused by a comfortable majority. During the protests that ensued, AAS leader Tom Jones declared that Cornell “had three hours to live.” He also threatened the lives of faculty members who voted against amnesty, one of whom was Allan Bloom, author of the influential book, The Closing of the American Mind. The SDS then led several thousand students in a takeover of Barton Hall, a gymnasium on campus, and the faculty was forced to vote again. This time they caved, fearing widespread violence, and Cornell president James Perkins went to Barton Hall to deliver the news. While he stood onstage, an SDS leader took a sip out of the president’s Coke, completing his humiliation. Fans of identity politics can look back on this day and see where it all really started. All it takes is a small, angry minority to change the power dynamic, especially when they have guns.

The irony here is that few of the people on the left calling the occupation of the Oregon Fish and Wildlife building “terrorism” would pin that label on the AAS students at Cornell, whom they would likely call “civil rights protestors.” Today, the word “terrorism” is abused so much that it means little more than “bad things the outgroup does.”

When Michael Moore says that the people in Oregon would be dead if they were black or Muslims, many people nod sagely, but that’s Moore’s shtick—virtue signaling and overblown rhetoric. Agreeing with Moore makes some feel more virtuous, so they’re quick to accept his baloney. I doubt Moore believes his own statement about blacks, and maybe he's aware of what happened at Ruby Ridge in 1992, and then Waco in 1993, when law enforcement did use force against white, anti-government activists. Eighty white people died at Waco when David Koresh’s Branch Davidians set their compound on fire when they saw the FBI moving on them.

On Twitter, in the aftermath of the Bundy-led occupation, many liberals were upset that the police were doing “nothing,” but after turning off the power and water, there’s little law enforcement can do, short of an armed invasion of the occupied building, something many left-wingers were actually keening for.

Twitter hashtags referring to Bundy’s group as #YallQaeda and #VanillaISIS quickly gained popularity, another absurd overreaction to a group that hasn’t even injured anyone yet, much less chop off heads or detonate bombs. They’re doing exactly what the black students at Cornell did in 1969, and just as it wasn’t a good idea for police to rush Willard Straight Hall with guns blazing, it’s an equally bad idea for them to storm the Malheur National Wildlife Refuge.