Olbermann vs. Limbaugh and Fox 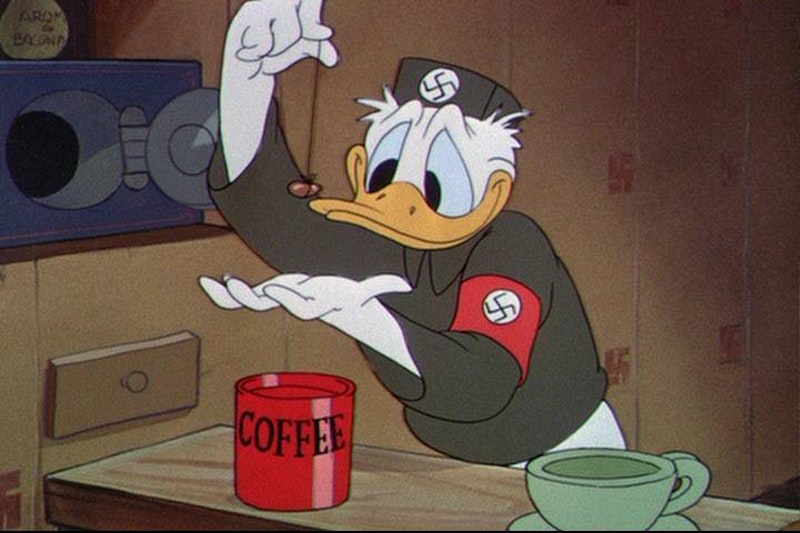 I once asked someone I know why she listens to Rush Limbaugh, even though his diatribes bring her endless anguish. Her response? “Because I want to stay informed.”

As someone who regularly watches Keith Olbermann, perhaps it’s hypocritical to be astonished by such an absurd pronouncement. But here’s the difference between Olbermann and conservative propaganda. Yes, Countdown is a form of propaganda, the same way this article can be called propaganda. But it is not disinformation.

According to dictionary.com, the word propaganda was coined in 1718 and is taken from the Latin word propagare, which means “to propagate” and was short for “Congregatio dePropaganda Fide,” or “congregation for propagating the faith,” a term employed by a committee of cardinals bent on spreading the teachings of the Church. Dictionary.com defines propaganda as “information, ideas, or rumors deliberately spread widely to help or harm a person, group, movement, institution, nation, etc.”

This in no way equals the plain candor of dictionary.com’s definition of disinformation, whose grim origin is Rus. Dezinformatsiya, 1955: “false information intended to deceive or mislead.”

Today, everyone’s favorite way of demonizing the opposition is by calling it propaganda. But, as a teacher once taught me, propaganda was not always considered a dirty word. As he put it, “The Nazis ruined it for everyone.” When I popped Triumph of the Will, one of the most notorious Nazi propaganda films, into my DVD player, I was braced for a bombardment of disgusting depictions of Jews. But by the time I was finished I was surprised by the absence of negativity and sole focus on the positive, such as footage of healthy, strong Aryan boys playing in open fields. In his speeches, Hitler’s language often mirrors that of any normal politician—one could easily conjure Bill Clinton or George H.W. Bush when the Fuhrer talks of uniting the nation.

In this paradigm, propaganda is employed to motivate Germans to join the Nazi movement, not to go out and massacre Jews, Gypsies, gays and the sick. It’s not unlike watching the YES network, where you’ll regularly see celebratory clips and never a commercial showing the Yankees giving up a home run or a classic rerun of the Red Sox triumph in game seven of the 2004 ALCS. The goal is to glorify and get viewers excited about the Yankees and motivated to watch or buy tickets to the games.

However, as we all know, many other articles of Nazi propaganda did incite the volk to commit pogroms and eventually genocide. Since then, propaganda has been treated with absolute contempt, in a way reminiscent of how “fuck,” as George Carlin put it in his immortal “seven words” routine, originally meant “to strike” but is now understood to encapsulate not only the act of copulating, but also all the frightening and aggressive connotations we associate with sex.

All this would be tolerable, especially because most moderate conservatives can easily distinguish between Fox News—where on supposedly non-opinionated segments (i.e. not Glenn Beck, Bill O’Reilly and co.) the anchors routinely, egregiously misinform their viewers, such as the time they ran a story misrepresenting a Max Planck Institute report by claiming that it concluded that trees are causing global warming—and The New York Times, or CNN, etc.

But the wholesale demonization of propaganda as a tool in political warfare becomes troublesome when it makes it acceptable for disinterested commentators to classify Olbermann, who establishes at the beginning of each show that he offers “all the news and commentary,” in a category that must be reserved exclusively for groups such as Fox News, conservative talk radio, the producers of the 9/11 conspiracy documentary Loose Change, and Alex Jones, who seeks to “inform” the masses that the “elite” of America are plotting to enslave everyone as part of a grand conspiracy to establish a New World Order.

I first watched Countdown two years ago, when I had just started following politics and had no ideological convictions, and I made the same error as many people by dismissing it as mere propaganda because of the incendiary tone of the show. The Worst Person’s in the World bit, the absolute contempt for conservatism and Bush, and strong rhetoric such as “Fox News is worse than Al-Qaeda,” all made it easy to ignore Olbermann’s message.

But eventually, after steadily following the news, conducting various research projects and learning more about just how deceitful Fox News is and how divorced from reality today’s mainstream conservative movement has become, considering that it entails believing climate change is a hoax, waterboarding is not torture, and the sub-prime mortgage crisis was caused by too much government regulation, to pick a few prominent examples, I started watching Countdown again and now feel comfortable asserting that Olbermann really is “saying it like it is” (though I disagree with him on some issues, such as his opposition to the war in Afghanistan and his insistence on a public option for healthcare) with the full realization that I run the risk of sounding just like any defender of Limbaugh.

But here’s the crucial difference between the two. When Limbaugh “informs” his audience about how “Imam Obama,” who “does not have a birth certificate,” wants to create death panels, he’s lying. When Olbermann tells his viewers how Gov. Brewer of Arizona has, in fact, implemented a death panel, he’s not deceiving anyone by interviewing mortally sick patients who have callously been denied easily available funding for life-saving procedures by a heartless conservative leader. Olbermann’s propaganda motivates people to donate thousands of dollars to help the “Arizona 98,” while Limbaugh’s disinformation spurs activists to protest in front of the Capitol and call Barney Frank a faggot to his face.

When Glenn Beck cravenly tells his followers that he “can’t debunk” the idea that Obama—whom he consistently calls a “radical Marxist,” a student of Stalin and a fascist bent on forming a private army, securing reparations and trampling on the Constitution—has created concentration camps through FEMA for political enemies, he’s misleading those who believe him (his neatly evasive backtracking notwithstanding) and inspiring them to fear obscene and fantastical threats. When Olbermann expresses outrage over Bush’s privatization of the military and opening, via executive order, CIA black sites that featured interrogation tactics modeled after KGB methods, he truly is informing people about radical, unconstitutional, heinous crimes against humanity.

Angry white conservatives who crave excuses to despise Obama turn to Beck (and the Tea Party, for that matter) to be told why they should hate, or to use their dishonest terminology, “fear” the President, progressivism and labor unions. Beck, like Fox News as a whole, feeds them the stories they desperately want to hear, though he “doesn’t want to believe they’re true,” and consequently large chunks of the population think healthcare reform is a government takeover, Obama is a socialist and George Soros will establish a One World Government unless “the people” stop him.

Olbermann, on the other hand, does not need to invent reasons to be outraged by the Bush administration and corporate campaign contributors like Rupert Murdoch and the Koch brothers, who in fact donate millions to politicians and disinformation outlets to try to dismantle the safety net and destroy progressivism.

If you look at the non-partisan Politifact’s “truth-o-meter” page on Olbermann you’ll find two “false” and three “half true” statements. Olbermann’s half-truths are merely opinions, such as that Ronald Reagan would not have passed the “Tea Party checklist.” At his worst, he has made two false statements, one of which was an honest mistake that he corrected the next day, and in the other case he accused a Republican representative of “Tweeting the whereabouts of a top-secret mission to Iraq,” a popular but discredited claim.

Compare this to politifact’s profiles of Limbaugh and Beck. Limbaugh has three “pants on fire” ratings, one for claiming that President Obama “wants to mandate circumcision” and another for accusing the White House of stealing donations to Haiti through Whitehouse.gov. And Beck has (only) four “pants on fire’s,” for saying things such as “in the health care bill, we’re now offering insurance for dogs,” and “John Holdren, director of the White House Office of Science and Technology Policy, ‘has proposed forcing abortions and putting sterilants in the drinking water to control population.’ "

As we reflect on the Tucson massacre, we must caution against overly caustic rhetoric, but we must also be able to distinguish between moral outrage and false outrage. We should be angry that a mentally unstable person could legally purchase a semi-automatic weapon with an extra-large gun clip. And we must not allow the right to blast calls for stricter gun control as a callous attempt to “politicize” the tragedy.

Propaganda, like most things, can be used both for good or evil. Disinformation is a form of propaganda that is invariably sinister and dangerous. Propaganda, by design, evokes a visceral reaction: when I watch Fox News I usually lose my appetite (literally). But when I watch Countdown, or read Christopher Hitchens’ classic polemic against religion, God is not Great, I experience the same emotions Limbaugh’s fans feel when they listen to him: exuberance and outrage—I’m hooked. The point of propaganda is to motivate people to act upon the message being relayed. But when that message is a complete distortion of reality we end up with movements like the 9/11 Truthers, the Birthers and, of course, the Tea Party.