The Elusive Issue of No-Go Zones in Europe

Conservatives say there are hundreds of them in Europe, while liberals deny they exist. 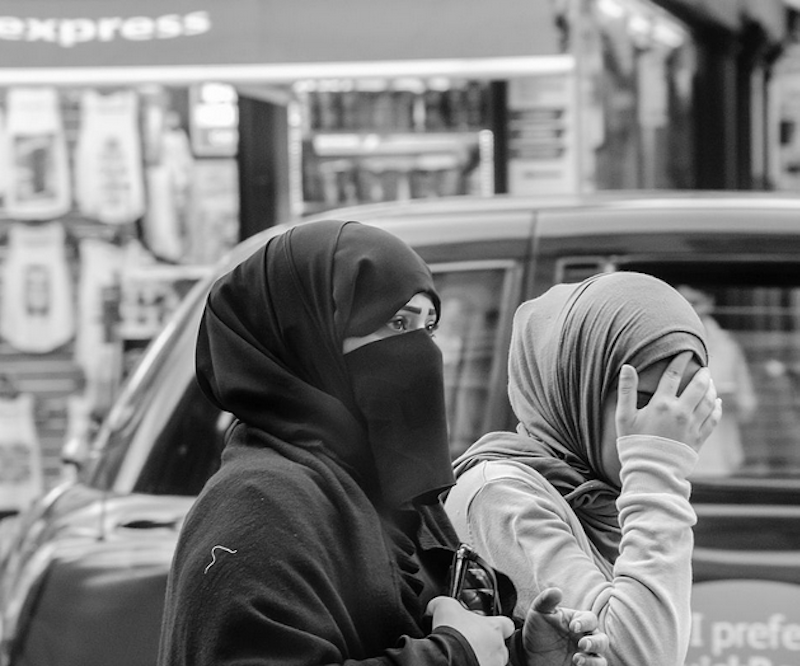 In 2015, Pete Hoekstra, before he became U.S. ambassador to the Netherlands, publicly stated that there were no-go zones in that nation. “There are cars being burned,” he said. “There are politicians that are being burned.” His remarks weren't well-received in the Netherlands at the time, but became so controversial once he assumed his new position that he apologized on January 12 at a Dutch news conference. Hoekstra claimed he'd gotten the countries mixed-up—that it was happening elsewhere in European instead.

Whether or not the new ambassador is actually sorry is anybody's guess. His views on Islam have always been hardline, but he can't air them openly now that he's in The Hague, as it's considered Islamophobic to entertain the notion that any neighborhood in Europe is off-limits. Enforced self-censorship blocks any route to uncovering the truth. While the part about politicians burning is off-the-wall, Europe does have a serious car-burning problem. On 2016/2017 New Year’s Eve in France, almost a thousand vehicles were torched. Sweden’s also experiencing a car-incineration wave. Reuters reported last August that the nation had already seen 2,000 cars cremated that year.

American liberals will laugh if you ask about European no-go zones—it's simply an article of faith that they're a right-wing myth. They’re falsely confident that The New York Times and Washington Post would cover them if it was a real issue. When all your news is filtered through a single ideological prism, which is the norm on both the Left and Right, you get a curated version of the world without even knowing it. It gives people comfort.

Semantics complicate the no-go zone issue. The most rigid definition is that they’re areas the police are afraid to enter. By this measure it's challenging to identify such districts where local laws are totally non-applicable, with Sharia law prevailing. Snopes, which proclaims it's the myth-debunking website, uses this high-bar standard, and assures us there are no no-go zones in Europe.

Lower the bar and view no-go zones as places where there's a widespread disinclination to participate in the judicial process and where emergency service providers are hesitant to enter, and then their existence becomes more credible. Conservatives see them everywhere. If you get your news from media outlets like right-wing Lifezette, you'll believe there are hundreds of no-go zones throughout Europe. It's been widely reported that Swedish ambulances and firetrucks, which have been attacked by mobs, won't enter certain areas without a police escort.

Independent journalist Tim Pool, who's not ideologically-driven, went to Sweden to check out the situation. In the Rinkeby neighborhood of Stockholm, where a Sixty Minutes crew had been recently attacked, men started putting on masks and police advised him to leave immediately. When the cops are telling you to leave a place they're charged with protecting you in, it sounds like a no-go zone.

In London, The Sun has reported that delivery drivers consider a substantial proportion of the city to be no-go zones, due to the prevalence of acid attacks. London now has the dubious distinction of being the acid attack capital of the world, which doesn't necessarily mean that these areas are “no-go zones,” per se. Conservative news outlets define the term more loosely.

So why is there such an effort on the Right to trumpet all the no-go zones in Europe while the Left adamantly denies them? Liberals, who fashion themselves as the white knights of all Muslims, would prefer they be categorized alongside the less safe neighborhoods in U.S., not a phenomenon connected to Islam. The Right, on the other hand, is increasingly uneasy that Europe is inundated with Muslims to the point where the continent's culture is endangered, sparking the rising popularity of far-right nationalist politics. In 2004, Bernard Lewis, one of the West’s preeminent scholars of Islam told the German newspaper Die Welt, “Europe will be Islamic by the end of the century, if not sooner.” Note that Lewis didn’t say “majority Muslim” with people living together in multicultural harmony—he said “Islamic,” as in Sharia law.

The Left, which doesn't particularly value the culture that may be endangered, welcomes the introduction and proliferation of a competing culture in Europe. Diversity is their sacred cow, so they're not concerned with losing majority status or Sharia law. All cultures and religions are equally good to progressives. German Chancellor Angela Merkel once said that Germany could be improved by the addition of Islam, which could be taken as an odd pronouncement from the head of a secular government.

Conservatives don't obsess over fairness like liberals, making them often more level-headed when it comes to recognizing threats. To them, the Left's casual attitude towards mass immigration reveals a suicidal impulse. They realize there's no chance their birth rates in Europe will ever match Muslim birth rates, so they find Bernard Lewis’ prediction credible and alarming. Islam to them represents the desire to dominate, not to cohabitate. Thus, they're more inclined to see no-go zones where their political opponents just see sketchy neighborhoods. The issue is so politicized by both governments and the media as to make the term “no-go zone” meaningless—it's time to retire it. Neither side has any idea what the other side means when they speak of them.