The point is not to insist that Marx is right or wrong. 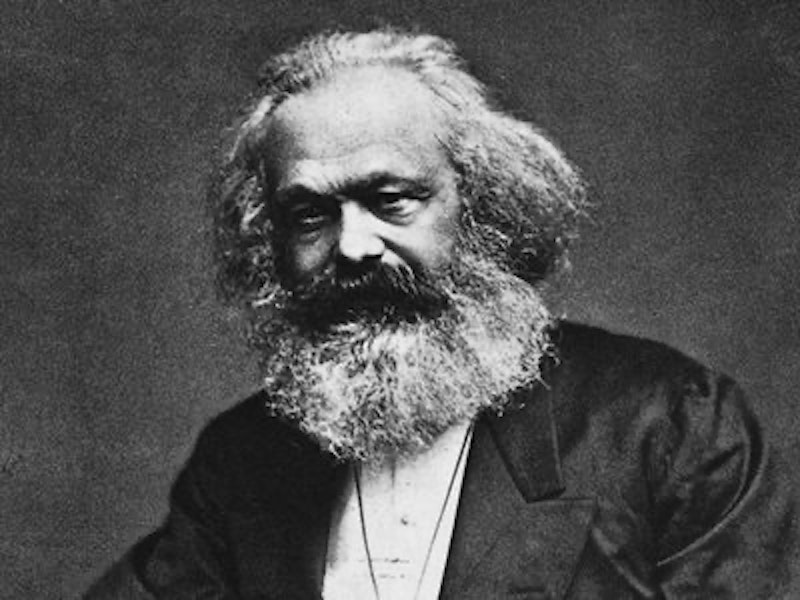 In a Splice Today piece called “Stupid Things Internet Marxists Say,” Serban V.C. Enache touches on some of the finer points of Marxian theory. Raising a number of good and interesting points about political economy, his essay expresses an understandable frustration with some of the poorer thinking associated with Marxism today.

As something of an Internet Marxist myself, I share some of this frustration. There’s nothing unusual about seeing a reactionary misreading of Marx’s work. But often I see Marxists on the wrong page too. In what follows, I offer some additional discussion that might help clarify what’s going on with some of the points raised by Enache.

How to Interpret the 2008 Financial Crisis

If 2008 wasn’t a crisis in capitalism, then what was it? Putting technical names to the particular phenomena at work doesn’t do anything to characterize the crisis as non-capitalist. Enache observes, correctly but with serious understatement, that 2008 was a matter worthy of governmental attention. But the crisis wasn’t simply a matter of the state smoothing things out. The meltdown was existential in nature.

There’s a more important question here: what do we mean when we say that the crisis was a crisis of capitalism? Consider three interpretations: reactionary, liberal, and Marxist.

The reactionary narrative blames government, and in particular the Community Reinvestment Act, for pressuring mortgage lenders to lend to under-qualified borrowers. This is an explanation with classist and racist undertones. It’s also plainly false, and no one aside from the occasional right-wing nut believes it to be true.

The generally accepted explanation for the financial crisis is the liberal narrative. That narrative blames the isolated conduct of bad bankers—purveying some vague mix of fraud, negligence, excessive risk, and so-called “greed”—for bringing the system to the edge of collapse. Liberals insist that if only bankers were more honest, if only financial professionals weren’t so greedy, if only the underwriting rules were followed a bit more closely, then the whole thing never would’ve happened. The corollary to the liberal view of things is that there isn’t anything wrong, deep down, with capitalism’s rules—people just need to follow them.

The Marxist narrative rejects the liberal explanation as naïve. It encourages us to come to terms with the fact that nobody went to jail for causing the crisis because the problem did not meaningfully exist at the level of individual responsibility. It existed at the level of structure, in the form of property relations and perverse incentives. The Marxist actually takes the opposite position of the liberal: the crisis happened as a result of people following capitalism’s rules, not breaking them. So here capitalism is to blame, not capitalists. Crucially, this is blame not in the ethical sense, but more plainly in the functional sense. A system that relies on nothing but brutal competition to sort out problems, and takes as its guiding ethos the madness of profit for its own sake, is going to be profoundly crisis-prone. It’s that simple.

The liberal narrative, though cozy and fun to peddle on cable news, is a fairytale of banker-boogeymen. What’s worse, the liberal narrative is really just an excuse for the status quo. I came to believe the Marxist narrative not with my nose buried in a communist pamphlet, but by spending a couple years in the field of securities litigation. After law school, I worked on a number of cases spinning out of the financial crisis, including those related to mortgage-backed securities and credit default swaps. The conclusion I gathered was not that the people in investment banking were some uniquely evil breed. Instead, I saw mostly people with normal levels of selfishness and ordinary appetites for rules-bending. They were merely lucky enough to find themselves succeeding in a system that rewarded recklessness and single-minded profit-making. That is, until that system collapsed under the weight of its own senselessness.

Labor and Money in Socialism

Some Marxists envision a future of full automation and abolished labor. Some of these fantasies also involve replacing cash with labor certificates. Briefly, I’d note that labor certificates would be slightly different than money because they’d be more closely tied to individual labor values, whereas cash can exist entirely alienated from the abstract labor that supports its value. But more importantly, Enache is right that Marxists are barking up the wrong tree with labor certificates and full automation. Let’s just face it: there will be money in socialism.

The question of abolishing labor is more interesting. Here, Enache touches on an important division in socialist thinking, the two halves of which offer quite different visions of the future. The labor-abolitionist wing sees its goal as a society without work, and finds its most concrete expression today in the quest for a Universal Basic Income. The pros and cons of UBI are complex, as I’ve written about. In short, UBI is something that would improve society in the short term, but not without some significant risks.

The other half I call the labor-restorative wing of the socialist project. Contrary to a popular misconception, Marx was a fan of good, honest work. He opposed only a particular type of work: alienated, exploitative work, carried out through a basic relationship of domination and submission. This kind of work is unique and native to capitalism. But direct, dignified, creative work was an essential aspect of the post-capitalist society Marx envisioned, in which “labor would be a free manifestation of life and hence an enjoyment of life.”

There’s something important and attractive about the labor-abolitionist view, and it shouldn’t be dismissed outright. But I take the labor-restorative view, and it’s the one I consider more thoroughly Marxian. By this view, we’ll know we’ve hit communism not when everyone stops working, but when everybody truly loves their job.

The Technical Meaning of Exploitation

In Marxism, exploitation is a term of art. Most people I talk to, Marxists included, still use this term in its common sense, i.e. to denote a relationship that is unfair or unpleasant for reasons of unequal power. Any number of relationships might be deemed exploitative by that definition. But this isn’t the specific meaning of the word in Marxian analysis.

In Marx, exploitation is the name given to the production of surplus value. This is Marx’s most important concept. It refers to the fact that when a wage-worker goes to his/her job, he/she performs an amount of work that is always worth more than the wage paid. The difference between a worker’s wage and the economic value of the work provided is the surplus. In capitalism, the surplus goes to the employer. In a different system, that surplus would be handled differently.

So, say you love your job. You love your co-workers, your manager is fair, respectful, and helpful, and you’re paid an amount that gives you the standard of living you expect at your level of skill, effort, and experience. But as long as that payment comes in the form of a wage or salary, it’s an analytic truth that the labor you are performing creates more value for the company than is paid back to you. You create more value than you get back. That’s exploitation.

Likewise, say you’re a freelancer. You’re totally miserable, broke, and every client you deal with treats you like trash. Yet you don’t have a boss or regular hours, you have the power to set your own rate, and every check that comes to you is yours. There is no Marxian exploitation here.

So, the term can be misleading. When present, it’s scarier than it looks, and to be free from exploitation doesn’t guarantee dignity, stability, or happiness. Rather, it’s simply a technical term used to name the relationship between labor and profit when production is organized in a capitalist manner.

How to Understand the Labor Theory of Value

The labor theory of value (LTV) is not as necessary to Marx's framework as is popularly assumed. The idea that LTV is the lynchpin of everything Marx demonstrated is a neoclassical diversion. What’s important to realize is that Marx's reliance on LTV was a result of his engagement with his contemporaries like David Ricardo, not something he invented himself. LTV was a preexisting part of the framework Marx was critiquing: classical political economy. Ultimately, it's unnecessary to completely embrace LTV as dogma, and it's also not necessary to completely reject it. It's an idea, part of the story, subject to revision and re-thinking.

In short, labor value should be thought of as one of three dialectically related categories: use value, exchange value (price), and labor value. The understanding of these three as relational categories, almost always at odds with each other, is crucial. There are Marxists still out there debating it, but there’s simply no 1:1 correspondence between labor value and price. In fact, none of the three categories should be expected to line up. The price of a commodity doesn’t determine the use one gets out of it, nor does the amount of labor put into producing it determine how useful it is.

If labor equaled price equaled use, then we’d have a lot less to complain about. But that’s the whole point: it’s the contradiction between these relational categories of value, not their identity, that Marx emphasizes in his critique of capitalism’s internal coherence.

Marxism is an Open, Living Tradition

I hope I’ve done something to shed light on some common misconceptions and confusions that still haunt the world of Marxian discourse today. The point is not to insist that Marx is right or wrong, or to “call out” individuals who are also grappling with this stuff. Rather, it’s to aid in a careful and honest reading of Marx’s work, which still to this day provides an unrivaled critique of capitalist social relations.

Whether you’re a devotee or critic of Marx, here’s the most essential point: Marxism is still a work in progress, and it always was. Like Freud, Marx never stopped revising and rethinking his own work during his lifetime. He never even finished the second and third volumes of Capital. Marxism, to this day, remains an open tradition. It’s welcoming of heresies, theoretical reversals, testing against the historical record, emphasis shifting, and most importantly, new ideas.