Saudi Arabia isn't the only country where writers are in danger. 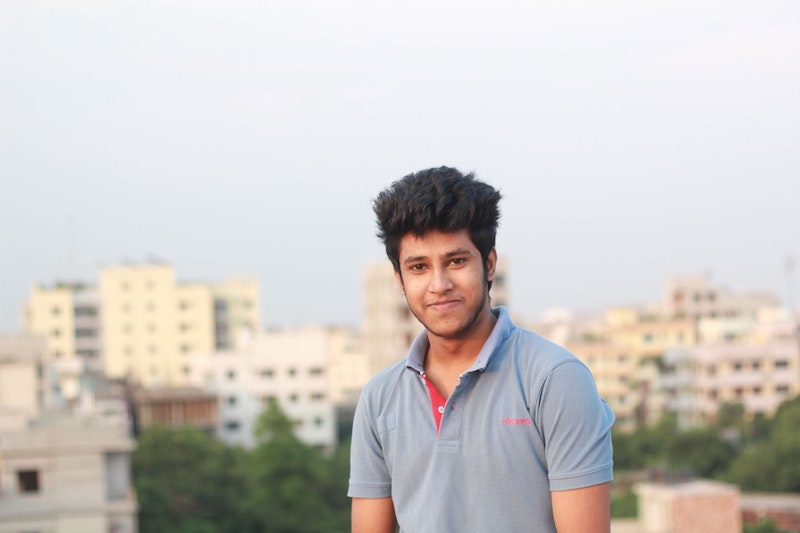 While the murder of Jamal Khashoggi brought more attention to Saudi Arabia, it's not the only country where writers are in danger. Secular humanist bloggers in Bangladesh are often murdered by radical religious extremists simply for promoting secular humanist values online. One such blogger currently fighting for his life is Md. Sazzadul Hoque, a 21-year-old man who was forced to flee to India due to threats against his life. “I now fear for my life,” he recently told The Times of India. “I could also be killed in India by fundamentalists who support the goings on in Bangladesh… I have nowhere to go.”

Raised in a conservative Muslim household, Hoque began questioning his religious beliefs and started blogging about secular humanism in 2016. A year later on Facebook, he publicly announced his atheism, and while the post went viral, his account was suspended and sparked countless death threats. “People who were my best friends are my worst enemies now,” Hoque told the Times of India, “and would turn me over to the fundamentalists at any time.” He tried to seek shelter in Bangladesh, but to no avail. After getting kicked out of college, he fled to India with a tourist visa in May of 2017. As he recently told the Press Trust of India (PTI), “Even now, I keep receiving threats on Facebook, but the situation here is not as fearful as it is in my country.”

Technically there are no blasphemy laws in Bangladesh, but there’s the Information and Communication Technology (ICT) Act. According to Section 57 of the ICT Act, “If any person deliberately publishes or transmits or causes to be published or transmitted in the website or in any other electronic form any material which... causes to hurt or may hurt religious belief or instigate against any person or organization, then this activity will be regarded as an offense.”

“Basically,” Hoque explained in a recent blog post for the Center for Inquiry (CFI), “if any person criticizes the government and/or religious fundamentalists in Bangladesh, he or she is arrested through often unconstitutional means, locked up without bail, and then charged. If found guilty, the punishments often exceed the ones seen during British colonial rule.” Or in Hoque’s case, many fundamentalists in Bangladesh are happy to skip due process and go straight to execution.

Hoque is receiving some support now. According to a recent interview for Conatus News, he’s currently working with both the CFI and Humane First to help him out, and he refuses to quit blogging. I contacted him to see if anything else can be done. Hoque replied that he hopes people will share his story as much as they can to help him find permanent safe shelter.

While President Trump’s attacks on the press is creating a hostile environment for journalists here in the USA, it’s important to remember that it’s worse in other parts of the world. I hope Hoque’s story will remind us all about the importance of free speech around the world, and to never take it for granted.