I’m a Patriot, Not a Nationalist

The current of nationalist emotion is flooded and diverted by opportunists and media prophets. 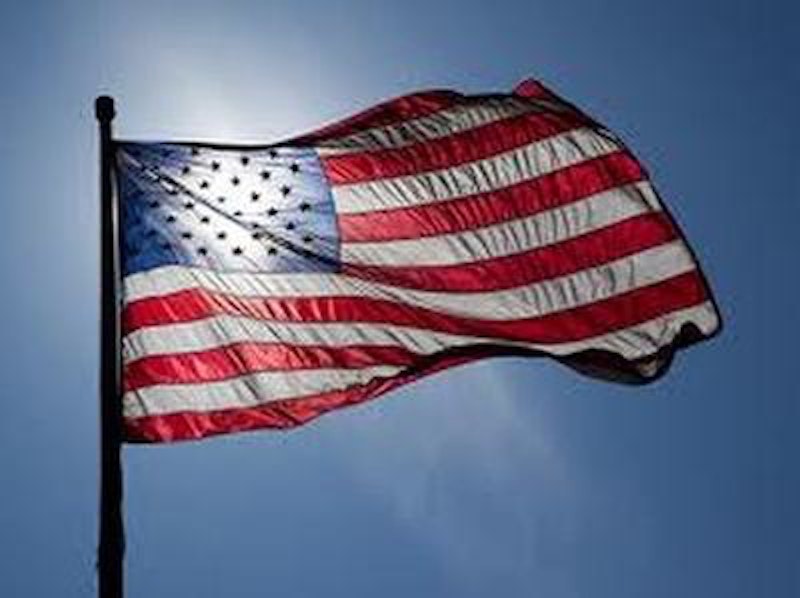 The idea of nationalism, long banished from legitimate political discourse, has returned to public consciousness across the globe. The horrors of the 20th century, including the appalling waste of human life in the First World War, the mass carnage and murder of the Second, and decades of Cold War hostility played out in proxy conflicts across the planet, posed a serious deterrent to a reaffirmation of nationalist principles as major powers recovered from the brink of disaster. In a rapidly evolving and dangerous new century, however, nationalism has reemerged as a principle not only of personal conviction, but one with mass popular appeal fueled by changes to the way we communicate, learn, and experience the world.

As a young person, I was taught that nationalism was a threat to international peace, and judged that to be true by the light of my own reflections. Yet I was also taught to repeat the “Pledge of Allegiance” in school each day, to appreciate the struggles of those who had sacrificed to create the society I enjoyed, and to recognize the extraordinary place of America in world history. As I struggled to reconcile the idea of American greatness with the hope of a stable decentralized world order, I needed to differentiate the patriotism I felt from the nationalism I loathed and dreaded.

I’ve had the privilege to travel to other countries, from Soviet East Germany and the post-colonial developing world to western democracies built upon the same political traditions as my own. It’s no less true for being trite that such experiences help to combat the kind of provincial, insular attitudes that lead to the adoption of a blithe and self-assured nationalism. Americans are notorious for traveling without really reaching their destination, culturally speaking, but my exposure to other ways of life has increased both my love of home and my admiration for other cultures.

Obviously, cultural admiration differs from endorsement of political tradition. In many places I found government neglecting, exploiting, and oppressing all or some in society. These aren’t liberal watchwords, snarled on the manicured lawns of expensive universities, but urgent and immediate consequences of political dysfunction. Still, I can’t dismiss the impression that most human suffering is the result of the cruelty, greed, arrogance, and selfishness of other humans rather than the political framework of the evil men do.

My patriotism I understand. Patriotism is the love of one’s country. I take pride in America’s history, traditions, and institutions. I hold that America’s Constitution serves as an excellent model for other democratic states, and that her support of liberal democratic government across the world improved (and has the potential to improve further) the conditions of life for billions. I feel lucky to live in the United States, and I do my best to remember that the liberties, security, and opportunities I’ve inherited are not enjoyed by the majority of humanity. I’ve always been a patriot.

Nationalism is an altogether dangerous doppelganger of patriotism. Nationalism proclaims a given form and attitude of government as superior to all others, and other nations err to the extent that they embrace different ideals and oppose the will of one’s own nation. Other nations lack the “greatness” required to negotiate on equal grounds.

Unlike patriotism, which encompasses an appreciation for and engagement with cultural traditions, nationalism stands ready to cut ties with the past, so long as it advances the immediate (perceived) strategic advantage of the nation. Like other political principles, the current of nationalist emotion is flooded and diverted by opportunists and media prophets, resulting in inchoate and disastrous policies and laws.

A nationalist doesn’t necessarily wish to impose his own form of government upon lesser nations: such shithole countries pose no existential threat to the First World and serve as a kind of pantry of resources reserved for future exploitation.

The nationalist holds an ideal of sovereignty in which the authority and actions of his own country and its representatives are beyond the need for justification. This view may be defended by appeal either to the absolute superiority of one’s own government or to a “survival of the fittest” view of human relations. Whether officially (Iran) or informally (the United States), religious leaders also provide a useful cover for nationalism. In any event, nationalism is easily defended by any number of specious arguments, which conceal a crucial feature of nationalist sentiment: nationalism derives not from love, but from fear.

In our present political climate, with public discourse dominated by ideologues and demagogues, the concept of nationalism has been largely absorbed into a cultural war between angry racists clinging to a hateful past and avenging progressives assaulting every aspect of a culture that offers ordinary human beings greater scope for fulfillment—as they define it—than almost any other in history. Americans are right to reject and oppose the ignorant, naive, and doomed social dream of white nationalists, and right to call out the racist basis of the movement. Likewise Americans are right to reject and oppose the impracticable demands and intellectually embarrassing fulminations of the extreme Left. Yet the bickering of these enemies, while contemned and ignored by the majority of Americans, obscures a more fundamental and corrosive element creeping back into domestic and global politics.  The resurgence of nationalism as such poses a far broader and more tenacious threat to shared social values and the political structures erected to embody and protect them.

Nationalism enjoins upon the mob (revolving around a monolithic unifying principle, nationalist movements are powerfully popular and emotional) a rejection of other ways of life and political orientations. National identity is not only threatened from within and without, it must be purified to achieve some transcendent ideal that’ll confirm the whole shabby edifice of belief.

This paranoia is absurd. The love I feel for my wife does not exclude meaningful relationships with other women. I can have dinner with another woman without fear of spiritual contagion. What’s more, my own identity is not threatened by the broadening of perspective that might result from such an innocuous, even joyous or productive encounter.  Similarly, I may recognize shortcomings in my own marriage without concluding that the fabric of our relationship is ruined or worthless.

While there are nations, there will always be nationalists. Unilateral value systems appeal to the intellectually lazy, as they provide an efficient and self-exonerating explanation for personal and social problems and resentments, a clear guide to action, and a sense of moral purpose. These and similar factors have always endangered the health of society; the need to impose ideological compliance by authority signals decadence in the civil order and prefigures the radicalization of public rhetoric, the institutions of government, and the citizenry.

There’s need to differentiate patriotism from nationalism, as America and the world face a choice between the two. Tariffs, immigration law, and other issues merely form the foam upon the tidal forces of history, and our collective decisions now will shape the human experience forever. The primal social elements of cooperation, organization, and conflict play out in terms of our human relationships, not our official policies.

Patriotism invites critical engagement with the political, social, and moral context of our national and personal interests. Nationalism demands adherence to a single idea, an article of faith, a totem. Patriotism, like any love, entails responsibility. One must discharge these responsibilities consciously, willingly, and generously, or the relationship is sick. Like any tribal mentality sprung from fear, nationalism pragmatically regulates behavior and belief, so far as it can. Nationalist movements require force, coercion, and intimidation to impress their agenda upon the unwilling, as they lack the power to inspire sacrifice as love of country does.

That’s the choice that confronts each of us now. We hold our own beliefs; we do not carry them for society. Let us not yield the sovereignty of our own judgment and the brilliance of our patriotism to the cringing, spiteful forces of reactionary populism.