The Downside of High Voter Turnout

People who oppose Trump are extremely energized, but that's also true of those who support him. 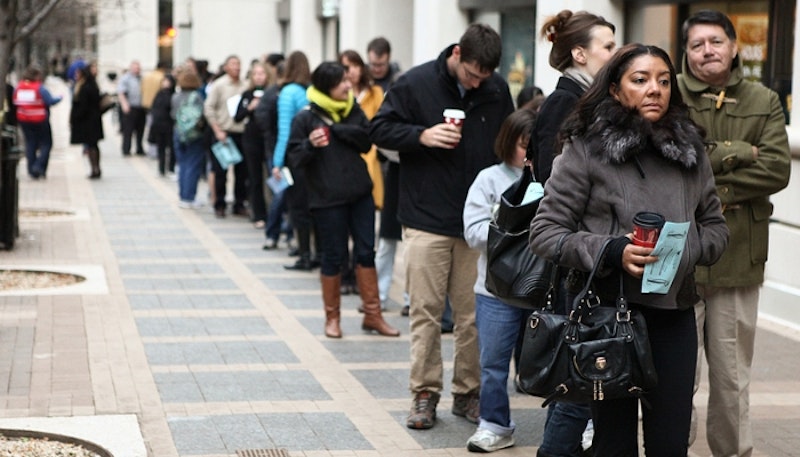 The 2018 midterm elections are in the books, with the Democrats recapturing the House, the Republicans holding on in the Senate, and President Trump clearly losing support both in suburbs everywhere, and in states (Michigan, Wisconsin, and Pennsylvania) that he won in 2016.

Beyond the changes in store for the second half of Trump's first term, one other aspect of the midterms has made headlines: voter turnout was unusually high. According to the latest estimate by voting expert Evan Siegfried, 115 million Americans voted in this year's midterm elections. That's a 32 percent increase over 2014, and with 49 percent of eligible voters, the highest turnout percentage in a midterm election since the passage of women's suffrage in 1920.

While the Democrats undoubtedly had a better night, both parties were able to turn out their bases to a significant degree, and there's a reason for that: Americans, in the Trump era, are very engaged with politics. I've always heard that the American people are ambivalent and apathetic about politics, and that’s the reason things are so bad. But the apathy theory is no longer the case.

One reason is that people who oppose Trump are extremely energized, and that's also true of those who support him. But it goes beyond that. Politics is a much larger part of day-to-day life and culture in America than at any time in recent memory. Things were headed in that direction even before Trump appeared, but the love and hate for the current president has certainly pushed it farther.

Political battles have encroached on sports, popular culture, business, the tech world, and just about everywhere else. Trump's feud with the NFL was the dominant storyline for an entire season last year, while a major controversy erupted this week over whether it was right for Facebook to fire an executive, Palmer Luckey, who had backed a pro-Trump Super PAC. In this environment, a lot of political battlegrounds have emerged that didn't exist before.

Millions don't like this, as you've no doubt seen if you've ever heard an angry fan demand a sports columnist or athlete "stick to sports." And someone like Taylor Swift can be assailed for a long period of time for refusing to weigh in on politics, and then assailed all over again once she does.

This major politicization is not an unambiguous sign of civic health, and not only for the multiple ways this year in which overzealous political passion has manifested itself in real-world violence. The media culture around politics also has ways of incentivizing horrible behavior, from the spread of disinformation to the ease of political grifting to the way politics have all but ruined social media.

Beyond that, other incentives are in place for American to follow politics as if it were entertainment, or sports. Politicon, something of a Comic-Con for politics, treats political engagement as just another fandom. Political engagement, on its own, is good. An informed populace, exercising their right to vote, who can argue with that? It's too bad it took both an insane president and pair of sorted populations of people who hate one another in order to get there.