A Privileged Cast of Characters

A look at the early years of The New Yorker. 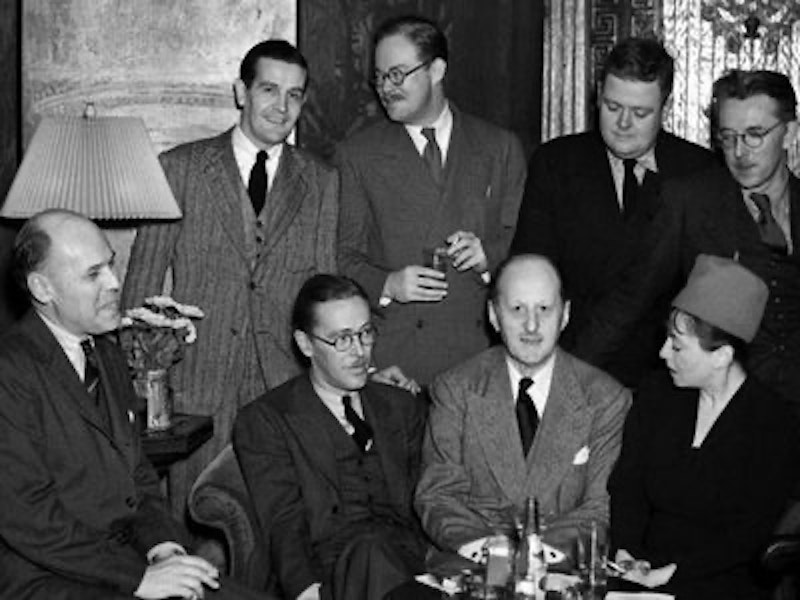 I first heard of The New Yorker 30 years ago when I saw a commercial for the magazine on CNN. I distinctly remember the ad said it had been called “the best magazine in the world; maybe the best magazine that ever was.” Google tells me now that the quote came from an American journalist named Harrison Salisbury. All I knew at the time was that extraordinary claims demand extraordinary proofs, and I doubted it was true.

Later, reading the magazine, I was surprised to find how provincial “the best magazine in the world” was. I chalked that up to a distinctively New York brand of arrogance. Over the years, I’ve read some very good writing in The New Yorker, and some absolutely terrible work. The magazine’s often said to have had a golden age, like most golden ages located securely in a now-inaccessible past; in the present I’ve never found it clearly better than Harper’s or The Atlantic.

Thomas Vinciguerra’s Cast of Characters is a look at the early years of The New Yorker, and I’d hoped it would explain what people loved so much about the magazine—or, conversely, prove to me that the magazine was always a little overrated. Vinciguerra himself is, unsurprisingly, a fan: he writes early on that the magazine in 1958 was “setting ever-higher standards for American letters.” His admiration works to his advantage. He’s not cloying, and doesn’t shy away from the imperfections of the people he writes about, but does have a sense of what he thinks is valuable in the magazine.

He’s written a largely anecdotal history, concentrating on a period from about 1927 to the outbreak of the Second World War. The book revolves around a few main characters—editor Harold Ross, writer/editor Wolcott Gibbs, James Thurber, E.B. White, and Katharine Angell (who would marry White). Charles Addams and Peter Arno have extended cameos. Vinciguerra does a good job of including women among his cast, finding recollections of and by people like office manager Daise E. Terry and writer Lois Long.

Cast of Characters avoids straightforward chronology; instead presenting chapters organized around general subjects such as editing, cartooning, or Gibbs’ theater criticism. Pieces of biography shine among well-chosen anecdotes: characters built brick by brick. The structure works, although sometimes feels thin, as when Vinciguerra spends several pages going through The New Yorker staff’s favorite bars, or when he describes the reception of Gibbs’ play Season in the Sun.

Vinciguerra’s prose is easy and assured. He writes with a calm sort of cleverness, deploying footnotes with an understated wit and eye for interesting incidental detail. He also has a good sense of pacing, and digs out stories on all sorts of subjects related to the early days of the magazine. I wish he’d spent more time on Addams and the cartoons, but by concentrating on Gibbs, Ross, Thurber, and the Whites, Vinciguerra gives a spine to what might have been formlessness.

Cast of Characters moves quickly past the magazine’s founding, and equally quickly through the development of its tone. Vinciguerra’s mainly interested in The New Yorker when it was primarily a humor magazine, albeit one with an unusual plangency. For him, the golden years ended before the War, not long after the repeal of Prohibition. Much of the book is therefore a whirl of story and legend from a few years between 1927 and 1933, reminiscent of some clever pre-Hays Code Hollywood movie: the lives and loves of hard-drinking writers and journalists in the middle of the artistic life of New York.

This works because Vinciguerra doesn’t get caught up in trying to sell his cast as glamorous. We see alcoholism and infidelity as both comedy (briefly) and tragedy (more lastingly). We see Thurber’s misogyny and growing bitterness as his blindness grows worse. We see Arno as a serial batterer; Gibbs as a groper. We see the sexism and racism common to the time, and that reminds us that as witty as these people aspired to be they were not only flawed but also limited.

One aspect Vinciguerra touches on just enough is the implicit class division between Ross and much of his staff. The Colorado-born Ross was the son of a miner and a schoolteacher; he became a reporter and then founded the magazine specifically to cover fast-growing New York City in contrast to more general magazines like Harper’s. It’s notable that the rest of Vinciguerra’s cast are almost all WASPs, and almost all from New England—Thurber, from Ohio, the main exception. Most of Ross’ staff was from the American aristocracy, then, or at least university-educated at a time when that was much more rare.

This is interesting because Ross consciously aimed his magazine at an elitist audience. And yet Ross himself was aware of being an outsider among the elite—Vinciguerra quotes him on the first page of Chapter One saying, “I am frequently regarded as ignorant, I guess, because I haven’t a conventional college education.” Later, a man who knew him refers to Ross’ “insane impersonation of the sophisticated New Yorker, as a Norman in the year 900 might have wanted to look like a Gaul.”

This tension perhaps resolved itself in the magazine’s rigorous, even neurotic, attention to editing. Vinciguerra describes the close attention to detail New Yorker editors provided, and the outraged reactions of writers who found their prose second-guessed. If, like me, you have doubts about the accomplishment of the magazine, you’ll find that this section invites you to wonder whether the intense editing smothered the individual voices of the contributors.

More, you might find cause to wonder about the taste of the editors. Katharine White, for example, apparently considered inviting P.G. Wodehouse to contribute to The New Yorker only to change her mind after reading several hundred pages of his Jeeves stories “without one smile,” finding them “boring and feebleminded.” If you’re the editor of an English-language humor magazine and you can’t see the merit in the prose style Wodehouse crafted for those stories, you’re not competent at your job. One might wonder whether Wodehouse’s mockery of the pretensions of the English elite cut too close to the bone.

This finally brings me around to Vinciguerra’s presentation of The New Yorker itself. He tends to take the value of the magazine as a given, but it’s not hard for a sceptic to read another story between the lines. He quotes a number of witty passages, but for all their elegance they feel slight to me, safe and of their time. As represented in Cast of Characters, when the magazine’s humor works it’s quite charming; but when it doesn’t, it’s twee.

I’m not the only naysayer, because Vinciguerra quotes a number of people making the same kind of observation. Speaking of Gibbs’ critical writing, Raymond Chandler said: “I remember, long ago, when I was doing book-reviews in London, that my first impulse always was to find something smart and nasty to say because that sort of writing is so much easier. In spite of its superficial sophistication, the whole attitude of the New Yorker seems to me to have that same touch of under-graduate sarcasm. I find this sort of thing rather juvenile.”

Lewis Mumford, then the magazine’s architecture critic, said of the cartoons “The comedy has that special kind of temporary madness that springs out of a tough day at the office and three rapid Martinis. It is titillating but a little frothy; it tickles me but it remains peripheral; it has flavour but lacks salt.” These comments must have struck home at the magazine. Gibbs described a slightly fictionalized version of himself as having “one of those polite, derivative talents that are often regarded as terribly promising on the campus but never seem to come to very much later.”

Vinciguerra mentions in his acknowledgements that the book started out as a biography of Gibbs, but Gibbs’ self-assessment feels right. Vinciguerra quotes a passage from Gibbs’ play, and it reads as utterly trite. Most of the extracts from the magazine Vinciguerra provides have more life, but the fact is that the anecdotes Vinciguerra tells about the magazine’s makers are more involving and varied than anything he quotes from the pages of The New Yorker itself. Nothing feels as true as Vinciguerra’s portrait of the explosive Ross, who when faced with bad prose was wont to burst out “God damn it, all I know about English is what I learned in a little red grammar and Jesus Christ, this ain’t it!”

In a sense, this is surprising. Vinciguerra makes it clear that there was enough backstage drama at The New Yorker for a fleet of magazines. But, in his telling, the sex and drinking and backbiting rarely made it to the page. But then perhaps this isn’t surprising after all: as I said, the writers Vinciguerra focuses on were upper-class WASPs, people not known for openness. They lived in, or at least came out of, a world of relative privilege and were writing for the privileged.