Behold: a century later, they rise. 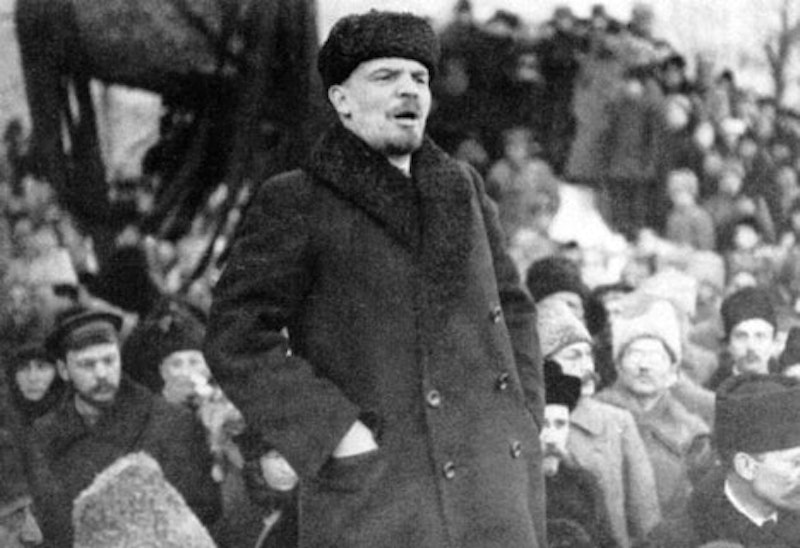 Socialism will achieve an ironic victory next year if perchance a socialist president of the United States takes office in January. Next year will also mark 100 years since the Bolshevik Revolution in Russia gave the U.S. its chief rival of the modern era.

But then, if “Progressive” (always meaning in truth statist/corporatist) Clinton wins instead, it by now amounts to nearly the same thing. The Communists took the fast road to revolution and the Progressives, by definition, the slow road, but they’ve all arrived at the same sclerotic, big-government destination. These were just two versions of a single anti-individualist, pro-government, more-pragmatist-than-anarchist project begun right after Marx’s death in 1883, 133 years ago.

Pluralist liberalism, too, got hijacked about a century ago and is now one more face of totalitarianism, not tolerance. Take Queens tech writer Allison Bojarski, who as John Durant recently noted, all but exulted in the sentencing of that Virginia college student to 15 years hard labor in communist North Korea, since, she wrote, at least his “white privilege” can’t help him anymore. That’s the level of hate the “pluralism” of the left has begotten, as many of us foresaw back in the 1990s. It hasn’t tapered off despite achieving big 20th-century gains, only grown more vicious as it scents total victory in the 21st.

Maybe Dadaism, by other names, is now our best hope of retaining a scrap of freedom. A century ago, it was a very specific and very surreal school of art, but now that mix-and-match, kooky-juxtapositions sensibility is half the content of the Internet and the surrounding pop culture. What are, say, the Mr. Lower East Side pageant in which I came perilously close to participating, the band Das Racist, or the “rustled jimmies” gorilla if not Dadaism triumphant?

Libertarianism may yet make a comeback despite—or because of?—the appalling way this election’s shaping up. As you may have heard, I have at least written a book aimed at jumpstarting that revival.

The “gonzo” tradition in journalism falls somewhere in between the chaos of Dada and the civic-mindedness of libertarian writings. I see the old New York Press and even Splice Today, both brainchildren of Russ Smith, as following in that anti-authoritarian, subjective-yet-relevant thread of American writing. Since youth, it’s called to me—even as my conservative tendencies caused me to keep it at arm’s length—because I knew the authorities would not always be trustworthy. (Gonzo was also the name of my favorite Muppet when I was a child, though I really like Fozzie and Sam the Eagle, too, and that makes all too much sense in retrospect.) Hunter S. Thompson but also Thomas Pynchon, Robert Anton Wilson, Devo, Rev. Ivan Stang of the Church of the Sub-Genius, punk, Alexander Cockburn—they all knew, in their different ways, that seeing the absurdity all around you is a crucial first step toward rebellion. I’ll take their anarchic impulses over the soothing, mainstream reassurances of either major party any day.

If I have rarely sounded like part of the “anti-corporate” movement that stretches back to Teddy Roosevelt’s day, it’s not so much out of love of corporations as fear of the countervailing power of big government. Still, a weird moment such as Chris Matthews appearing perhaps to be chastened by his producers for insulting Wall Street is almost enough to make even a laissez-faire capitalist want to ditch economic theory and just stick it, in a more generalized sense, to the man.

Even Luddism appears a tad more credible today than it has in a couple centuries. Machines almost always yield vast benefits, but if A.I. exterminates us, we’ll spend our final seconds thinking it might have paid to listen to the few people saying, “Slow down.”

Populism, embodied for the moment in Trump, is perhaps the inevitable reaction to the technocratic elitism of the aforementioned Progressives. Now, as it was a century ago, the commoners may not know what the hell they’re doing and may even end up veering disastrously into fascism, but they are right to suspect they’re getting shafted, especially by those claiming to help them.

But of all the modes of thought to retain their relevance (after a half century or so of liberalism and conservatism seeming to have swept the field), who’d have thought conspiracy theories would make such a roaring comeback? That has good (anti-government) and bad (anti-Semitic, etc.) effects, but you can’t help thinking with pleasure that somewhere out there is a doddering centenarian paranoiac, not such a bad fellow, thinking, “I warned them about the banking cartel and the war machine back in 1914, but did they listen? Finally, my theories are vindicated!”

People are listening to many notions they hadn’t for several decades. The results should be interesting.