The old, crusty schisms of youth. 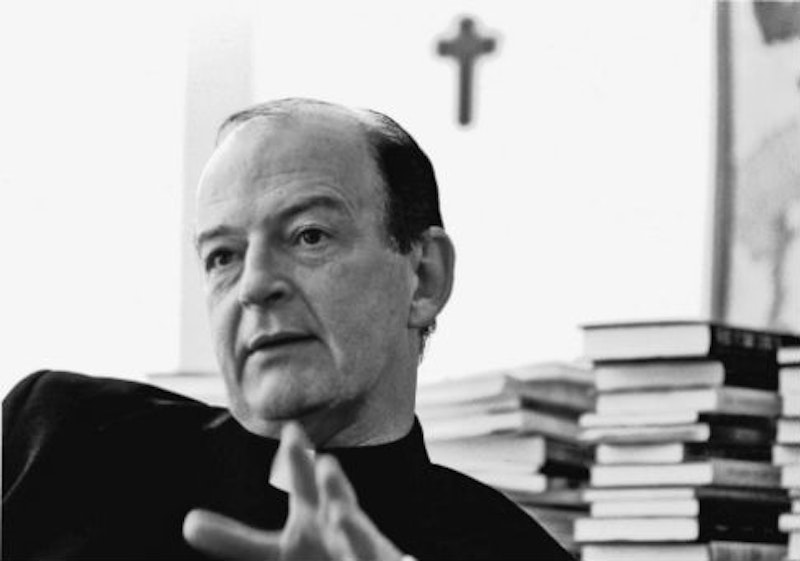 I’d almost forgotten that this coming November, while it may not be the end of democracy, will be the 20th anniversary of the “End of Democracy” issue of the religious conservative magazine First Things. Jesus, time flies, so to speak.

Since we choose to remember the 1990s as a fun time of alternative rock and early websites and everyone wanting the Clintons to be co-presidents over and over again, I’d forgotten how much of the acrimonious paleoconservative (sort of populist) vs. conservative (fairly mainstream) vs. neoconservative (kind of globalist) split on the right had already happened by then—well before 9/11, when those distinctions became attached more than anything else to the topic of war-making (paleos: against it; cons: maybe; neocons: let’s roll!).

The ultimate beneficiary of these divisions may soon prove to be Donald Trump, who’s risen above them by not caring and likely not knowing about any of them.

But plucky First Things had already navigated some of the scary fissures back then, started in 1990 by Father Richard John Neuhaus after he was exiled from the paleocon Rockford Institute, publishers of Chronicles magazine. For a few short years, then, someone watching First Things from afar might have thought there were only two kinds of conservative—the paleos left behind and the conservatives still in charge—but in 1996, the magazine suffered another schism along ideological lines, the departure of neoconservatives from its editorial board after it controversially asked in an issue-long forum whether Supreme Court overreach and other political trends augured “The End of Democracy?” Too radical a question for the establishment-preserving neocons! (You can still find them over at Commentary, though.)

I’ve been to a few First Things events (despite God not existing) and have known a few staff members over the years, and suppose I still think of them, like their Catholic-leaning brethren over at National Review, as “real” conservatives, without prefixes, located somewhere near the relatively sane but perhaps decreasingly relevant center of the movement, in a fashion all too analogous to libertarianism having near its metaphorical center saner, wonkier, econ-minded bean-counters, who may yet similarly find themselves swamped or overshadowed by fringier, farther-out, left- or right-leaning elements of their movement.

Things made sense to me for a while there. I don’t know if anyone ever noticed, but my eponymous blog even started out with a tiny homage to First Things, or at least its way of thinking, in the form of a category of links I labeled “The Permanent Things” over in the right-hand margin. But they’re gone now. No one has time for that anymore, or for philosophy, I fear.

The year 1996 was also when I wrote an article for New York Press saying that in that year’s Republican presidential primary, in the persons of candidates Steve Forbes and Pat Buchanan, free markets and populism, respectively, were basically competing for second place against the corporatist/piecemeal thinking Bob Dole represented. I guess now we’re going to see what happens when populism comes in first (alas, poor libertarianism—but we will rebuild).

It wouldn’t be in keeping with the spirit of paleo Chronicles for me to express anything resembling optimism about the future, nor with the spirit of conservative First Things for me to expect humanity to achieve anything like perfection in this damaged world. In fact, despite the temptation for paleos to applaud Trump (due to some common antipathies toward elites and war), I think even they should probably keep in mind a great line of Chronicles editor Thomas Fleming’s, which I think I'm recalling correctly two decades later because it resonated so (apologies if I have the wrong guy or wrong line—maybe it was Fleming’s authoritarian pal Sam Francis).

The prediction—unthinkable to the neocons at the time but perhaps a warning that strikes them as a bit more insightful in retrospect—was that the way our decadent society was headed, we’d eventually give up on democratic appearances and just find ourselves a strongman who’d “get down to the honest business of ruling by decree.”