A Message To “Woke” White People 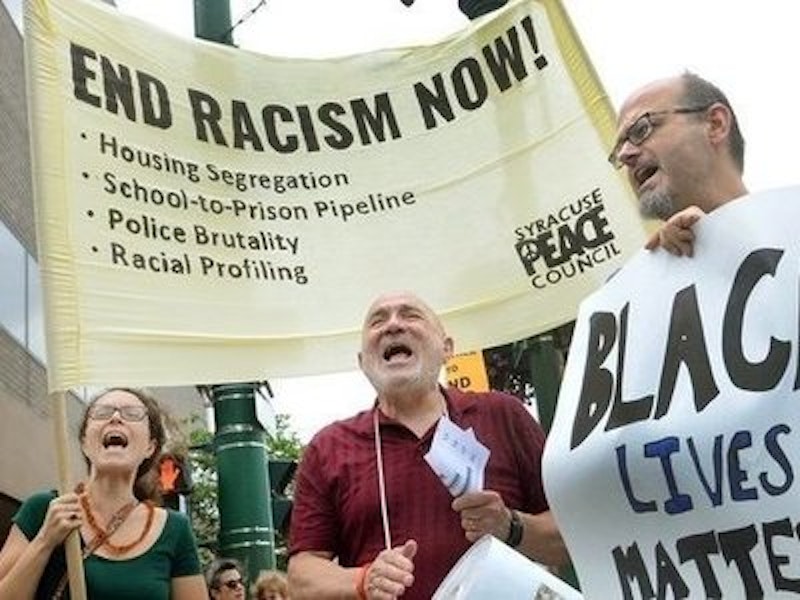 I recently went to an excellent panel on racism and gender equality in the electronic music industry. First, the fact that we even need a panel about the lack of women and brown faces in the music industry—in 2016—is completely ridiculous. Straight white men should be outraged because this is happening on their watch. Anyway. The panel itself was very good and offered tips on what we can do in our own communities to support women artists and artists of color.

In front of me was a row of white techno bros who clapped vigorously at the thought, and while I watched them clap all I could think about were the receipts. Where were their black or other POC friends that night? Do they have any black friends? If they are promoters, do they actually book people of color or women for their club nights? What were they really clapping for?

When it comes to fighting social justice issues and racism there’s a certain type of white person out there who means well, but who still gets it all wrong. They’ll jump right on top of social justice issues as quickly as possible to express their outrage. RAWR! But when you ask to see the receipts all you end up with is a bunch of white people at a panel about racism, clapping at how terrible racism is and who will then continue booking white male artists as if they never went to the panel at all.

The row of “woke” white dudes clapping in front of me really crystallizes how racism works. Racism isn’t as simple as you don’t like me because I’m black. It’s that you can clap at how terrible racism is, or post a Facebook status or change your profile picture or go to a protest and then go on about your business like nothing ever happened. This, of course, isn’t all white people, and I can’t be sure who in the room that night had friends of color. But for some reason you’d think that if you’re going to a panel on diversity in the music industry, people would reach out to their diverse friends or that their friend group automatically reflected diversity.

Being “woke” means you understand not only how queer, trans and people of color are marginalized and systematically left out of the equation but that you act on it. It means you understand how your own whiteness acts as a privilege shield. A privilege shield! Doesn’t that sound so cool? I would love a white privilege shield! During the global outpouring of support for the victims of the Pulse Nightclub shooting in Orlando, many queer nightlife people and DJs spoke out about the value of queer nightlife, but a number of my favourite DJs remained totally silent. These are the same people who play parties around the world and get paid four, even five figures to play music that was built by queer people of color. And they couldn’t even be bothered.

Interrogating whiteness isn’t not about pointing fingers or making any specific white person or group of while people feel guilty. Far from it. Talking about whiteness is reparative. It’s about looking at an orange and saying, yes, that’s an orange. If you think of yourself as a white person who is “woke” (really there’s no other way to be white), who stands up for and supports women, people of color and other marginalized people, think closely about what can you can do to support them and combat your own white privilege.

Don’t just clap against racism, sexism or discrimination. Make sure you have the receipts.