The Alt-Right Isn't the Problem

Who else will fight the PC left? 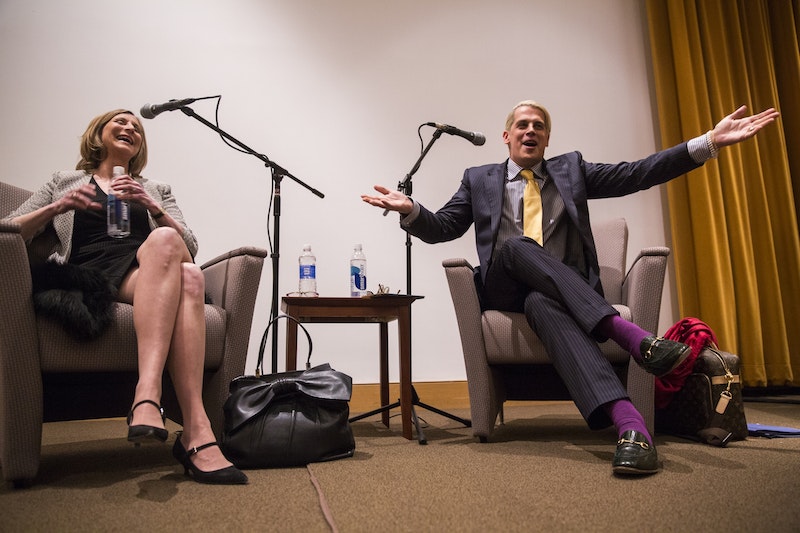 Breitbart News and its alt-right followers are not Internet presences that previously held much interest, but recently I’ve found that my attitude has changed. I currently feel strangely reassured that they’re around. They represent a counterbalance and a fight back against the PC horde that’s trampling all over grown-up debate. In spite of their longing to identify as victims, the PC left are often the aggressors, and in their relentless, pigheaded attempts to narrow the scope of public discourse—through concepts such as safe spaces—they’re winning the culture war.

When you're losing a war you have to resort to more outlandish and risky strategies than usual. And that, as I see it, is what Breitbart represents. Reasoned debate doesn't work against narrow-minded zealots, so they must be beaten at their own game. Exaggeration and irrationality aren't difficult to emulate, and that's exactly what the alt-right are doing—counter-balancing rabid extremity with oppositional rabid extremity. Because if they didn't do so, what would we be left with? Censorship, bullying, and the end of reasoned debate. If you think that sounds bad, then it's time for all liberals to reconsider the alt-right: they’re the front line of a battle for intellectual sanity, employing counter-intuitive tactics in desperate protection of a greater good.

Here’s one small example of a short Twitter exchange to illustrate all that's wrong with the SJW left wing. First, the European Parliament tweeted this. This demonstrates one of the reasons so many people chose Brexit—in this graphic the EU demonstrates its arrogant ambitions to impose itself on and subsume nation states. It's over-reaching and crass. In response, political blogger Guido Fawkes posted this.

Click through to his site and he sarcastically considers where NATO, Anglophone nations, and Francophone countries would figure in such a ludicrous reimagining of the Olympic standings. It's parody, it's funny and it's ridiculous. Its purpose is to bring the European Parliament down a peg or two. It's clearly not a jingoistic celebration of former Empire. But when it was subsequently reposted by an MP, a group called Writers of Colour tweeted this. And The Guardian said this.

And there you have it. With no regard for context or register, the concept of satire has flown miles over the heads of the “progressive” left. Their world is polarized and two-dimensional. If they fail to engage with the full substance of the content to which they object, if they have no understanding of nuance, irony, or gradations of tone, then how is it possible to interact with them in any meaningful or valuable way? The future is quantum, but these people speak binary—you'd be better off having an argument with a Commodore 64.

It has become apparent that the alt-right is almost entirely a product of overbearingly militant PC campaigners, whose descent into illogicality, pettiness, and the aggressive imposition of their ideas has left reasonable people with no choice other than to return fire. If the metro-left really want to have a society free of intolerance and prejudice, then it's not the anti-PC people they should be frustrated with. Quite the opposite—it's the hectoring, impulsive PC extremists that are driving hate speech and inflaming prejudices, and it falls to the more rational elements of the left to bring them in line.