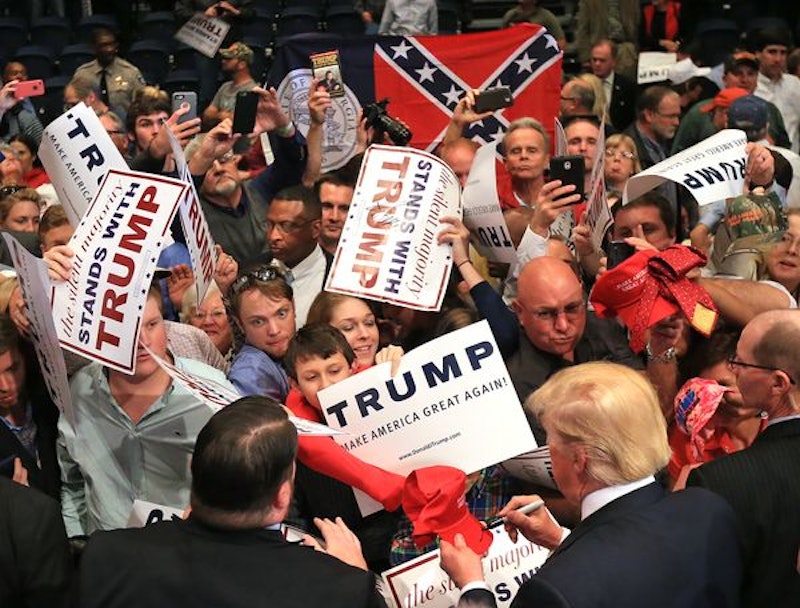 At first glance, Hillary Clinton’s plan to address the alt-right/Donald Trump nexus in her Thursday speech could’ve appeared ill-advised. The alt-right is a loose collective of anonymous online white nationalists with a handful of identified leaders at the top. If you’re not on Twitter, 4chan or Reddit, it's likely you have only vague idea who they are. Why shine the spotlight on an ostracized bunch of online trolls when it's visibility above all they crave?

Richard Spencer, who coined the term “alt-right” and is considered the founder of the movement, was quoted in The Wall Street Journal as saying the recognition meant “you can safely say we’ve made it.” While being called “racist” is something most political groups fear, the alt-right embraces the term.

While Hillary’s public mention of the alt-right, and its Trump connection, may help the white nationalists achieve greater prominence in the long run, her short-term goal is to defeat the GOP candidate. The alt-right probably doesn't count for even five percent of those who’ll vote for Trump in November, so they're no threat to her. In fact, their gains come at the expense of the GOP, which suffers from any link with racism at a time when they want to cultivate new constituencies.

Trump’s practically begged for such a rebuke from his opponent. He called her a “bigot” this week, has referred to Mexicans as “rapists,” and refused to disavow the KKK’s David Duke. Trump’s winked at them ever since, and when he brought Breitbart’s Stephen Bannon on board as campaign CEO he was practically giving them back rubs. Bannon, who’s moved the right-wing website away from founder Andrew Breitbart’s original vision, has stated that the new Breitbart is “the platform of the alt-right.”

The media and public will now explore what the alt-right is all about. Checking the comments section on some of their websites, I noticed several white nationalists calling on their brethren to clean up their act now that scrutiny is on the way, but it's hard to see what short-term tone-policing would accomplish.

And what they are is defined by a vision that’s not informed by the Constitution or the Declaration of Independence, because these documents make no mention of race. Part of the alt-right’s affinity for Trump is that they see he’s not bound by core American principles either. Trump’s not really conservative, and neither is the alt-right, who refer to traditional conservatives as “cucks,” a reference to certain men who achieve satisfaction by watching their wives have sex with other men, a point Hillary didn't drill down far enough to get into.

But Hillary didn't have to detail the finer points of Republican cuckoldry from the alt-right point of view, or go into their admiration for Hitler. She opened the door and word will eventually get out, but more importantly she was able to link Trump with the lunatic fringe. Independents and Trump-wary Republicans on the fence are sure to notice. “A fringe element has effectively taken over the Republican Party,” is how she put it.

Trump needs every single white vote he can get to win in November, so he's nodded at the alt-right for over a year now. After Clinton's speech, he said he didn't even know who the alt-right were, but he just hired the head of their main media outlet to oversee his campaign, so he's either clueless or lying.