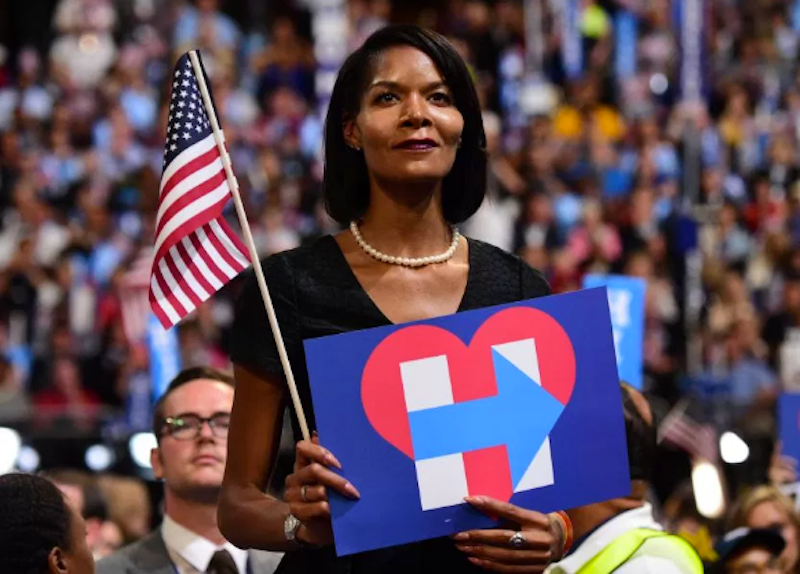 That Donald Trump isn't the best messenger doesn't mean it's false: the entrapment of black voters in the Democratic party has been a disaster, and it’s one of the reasons that progress on racial equality has been infinitesimal or at best incremental since the Civil Rights movement.

I think American white conservatives and white liberals are, by and large, both racist. But the liberals believe they’re not racists—in fact, they believe in nothing else with so much commitment. They insist they don't have a racist bone in their bodies; they don't even see race; they were over that a long time ago.

What white people learned from the Civil Rights era was how not to appear to be racists, even to themselves. They came away from the 1960s knowing that racism was a matter of using the wrong words or expressing the wrong attitudes publicly. They trained their internal monologues to mirror an egalitarian or deracinated public discourse: no slurs, just a continual stream of euphemisms. That was the essence of white anti-racism: don't say the wrong thing.

But behind all the Great-Society-style housing/anti-poverty/education programs lurked all the old stereotypes: blacks as animalistic, criminal, sexual, violent, and above all, as time went on, as pathological. The white power structures are always diagnosing the dysfunctions and prescribing a cure for the black family: high-rise housing projects, compulsory education and standardized testing, wars on poverty or drugs, self-esteem seminars. A good portion of the African-American population was simply institutionalized or interned, in public housing complexes, in urban schools, and in one of the biggest prison systems the world has ever known. It all amounts to a sprawling race gulag in which people are both dependent and hedged about with restrictions.

The other side of that sort of progressivism has been affirmative action, where we pluck your best, brightest, most ambitious or conformist, and invite them into our elite institutions. This has had some effect on upward mobility, but its primary purpose is to parade as conspicuously as possible the non-racism of the people who run the institutions. It’s primarily another way for white people to mutter to themselves, “I am not a racist.” And it’s had the effect of dividing black communities and families, like mass incarceration in the other direction.

At the same time, American progressivism maintains a hyper-consciousness of race, obsessively emphasizing its centrality to human identity and relentlessly breaking down populations by racial categories. If nothing else, aggressive affirmative action requires that everyone be identified racially. When it’s time to measure political opinions, nothing is as salient as race, and the Trump phenomenon gets explained almost exclusively in terms of racial distributions, as white rage or white nationalism.

A predictable result is that the two-party system is breaking down into a race system, like the National Party and the Inkatha Freedom party in apartheid South Africa. I think race is more conspicuous and more toxic now in American politics than it was, say, in the 1970s or 80s. That would be surprising if you thought we were making racial progress.

In the heyday of the Civil Rights movements, black leaders resisted getting co-opted into white political parties. LBJ tried to annex Martin Luther King; he refused. No white power structure was going to annex Malcolm X or Eldridge Cleaver. But at least since Jesse Jackson ran for president, and perhaps up until the Black Lives Matter movement, the Democratic Party has dominated and used black leadership.

The fact that black voters have voted over 90 percent Democratic for decades leaves them almost wholly without power. Democrats—paradigmatically, the Clintons—feint in their direction during general elections, trying to assure turnout and using them to bash Republicans as bigots and—in the usual fashion—as emblems of their own goodness. After that, there’s no motivation actually to listen to them; what are they going to do, vote Republican? And by the same token, there's no reason for Republicans to waste any time on black voters; there are no votes there under any conditions. Rand Paul went to Ferguson and Baltimore to talk racial healing: no one cared or even noticed.

This year's election is as racially polarized as any since 1860. This is one of many reasons why the two-party system needs cracking open. Say Hillary Clinton gets eight years; at the end we'll be just where we are now on race in America, or worse. I'd look for similar results if Trump wins. Perhaps the nightmare of race in America is still in its early phases.