A Good Day to Die

We get up in the morning for a grande latte enema. 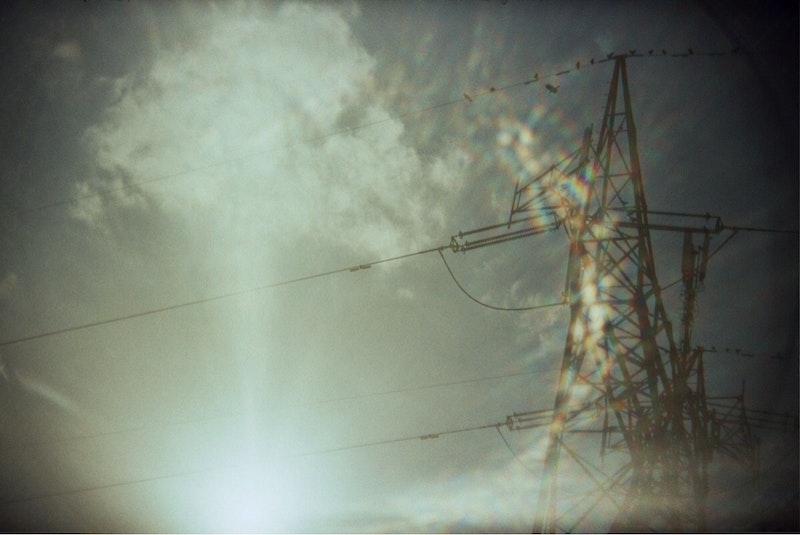 Some things transcend being unemployed or unappreciated. Some are more important than hurt feelings, Rust Belt promises or urban blight six weeks before Christmas. Some matter simply because, without them, nothing else is possible. We call these things survival, safety, freedom, security, community, and consciousness. Together, we call them life. And we agree that life is precious. When life is at stake, it's reasonable to sit up and pay attention. Death is the only other fundamental thing to human experience.

On November 14th, Noam Chomsky laid out these two fundamentals like a morbid actuarial for all humanity, saying that we aren’t paying attention to the fact that life is at stake and calling the 2016 election one of the most important events in human history. Chomsky believes the election may have determined the “destruction of organized human life” by putting a climate change denier in the White House.

When I read the Truth Out interview with Chomsky and C.J. Polychroniou, I felt that knot in the pit of my stomach again, the one that's been there off and on for a week. I'm wondering whether it's ever going away now that Donald Trump can dismantle the EPA, do away with the carbon tax, ramp up fracking, and destroy environmentally sensitive lands at will. Good luck with bringing jobs back and speaking your mind in a post-apocalyptic wasteland. You win. You made some great deals.

Nevertheless, at any given time, somewhere on the globe, we know someone must be dying—a fact of human existence that most of us accept but would probably try to change if death weren't so profitable and easy. It's the easiest industry and the oldest profession, beating out prostitution by a half-step and a heartbeat. It shapes most industries and powers most economies right along with sex and the fear-porn that passes for news. Although not everyone will be able to find or afford companionship, it's a foregone conclusion that no one will be getting out of here alive.

So when Chomsky says “It is hard to find words to capture the fact that humans are facing the most important question in their history—whether organized human life will survive in anything like the form we know—and are answering it by accelerating the race to disaster,” maybe the President-elect thinks, well, I've got bottled water and gold-plated SUVs and a yacht off the coast. I'll be fine. And maybe he's right.

We've made it possible for him. Do we have a death wish? I don't think so. I think we're just like Trump. We just want to get our kicks before the unavoidable suffering starts. Do I sound depressed? What does depression sound like in an end-times scenario?

Sure, death is nothing new. We all know and accept it on some level, paying the boatman in small ways so we can live a little longer in our polluted cities, eat a little more chemical food, play one more round of Russian roulette with our liver and our lungs. That is, until one day Charon returns and our Family Wagon goes over the divider into commuter traffic, or a ghostly Ronald McDonald asks if we know how to spell cardiac arrest while we lie on our backs under a plastic jungle gym. All we want is a little relief before something like that goes down. Trump wouldn't begrudge us that, would he? He understands the little guy.

Chomsky: “The other huge issue concerning human survival [is] the threat of nuclear destruction, which has been looming over our heads for 70 years and is now increasing. It is no less difficult to find words to capture the utterly astonishing fact that in all of the massive coverage of the electoral extravaganza, none of this receives more than passing mention.” But, Noam, do we have to talk about it while we're making America great again? Don't most of us accept that death is on the docket for next month, next year, maybe in five years, 10 at luck's outer limit? Soon, man. I can feel it.

I won't live to see 40, 50, or 60. The world will end before then. And if not the world, then my ability to work at the 3M warehouse, where they have a pedometer counting my steps, and poverty will do me in. Even if I do make my 20 steps to the crate of dildos so I can pack yet another Amazon order to Salt Lake City, then perhaps it will be a lack of adequate healthcare that gets me. And if not the Urgent Care walk-in fund I keep in a coffee can, then perhaps Charon will just come like a bolt from the blue, another Hurricane Katrina, another 7.8 fracking quake with its epicenter on my Barcalounger, or some stray 7.62mm valentine through the wall beside my head. Do I sound depressed? Do you feel anxious? Just relax. Have we taken our happy drugs today?

Stop crying, Noam. What bothers us is not that we're going to die. It's the prospect of suffering a premature death before what we imagine is our biological time—because pissing on ourselves in a community hospice is so much more preferable to going out with a bang. We particularly worry about having a painful, humiliating, or terrifying exit. That's what motivates us to take care of ourselves and those we depend on for physical and psychological well-being. It's egotistical, yes, but it gets us up in the morning for our grande latte enema. Go ahead and bend over. Just like they're doing right now in Salt Lake. This is Stephanie. She'll be serving you today. Would you like a cinnamon bun? You seem anxious. Don't clench. It just makes it more painful. Would you like a sedative?

But what if we stopped caring? What if we decided it was a good day to die? What if we came to the conclusion, like the declaration I once read in a pamphlet given to Japanese kamikaze pilots, that we’ve “already lived long enough”? What if the time and manner of our inevitable death ceased to mean as much as how we chose to lead our lives? Then we'd be in for a party. We'd be like those 25-year-old pilots, invincible, finding meaning in the power of choice rather than in the horror of consequences. Maybe, by no longer caring, we'd be able to defeat our fear. By saying, “Let it come,” we'd pass on, with a certain degree of equanimity. Could we? Maybe, if we only had the courage.

I want to stop caring. I want my happy drugs. I don't want to notice the mushroom cloud or all the slouching towards Bethlehem or the center falling in and mere anarchy being loosed on the world. I want to take a shit on a 32-karat gold toilet before the air-conditioning fails and a swarm of rats devours me. I want that level of courage in my life. Because I don't have it right now. All I have is a knot in the pit of my stomach and the dreadful presentiment of doom.