Trump and the Rage of Punitive Liberalism 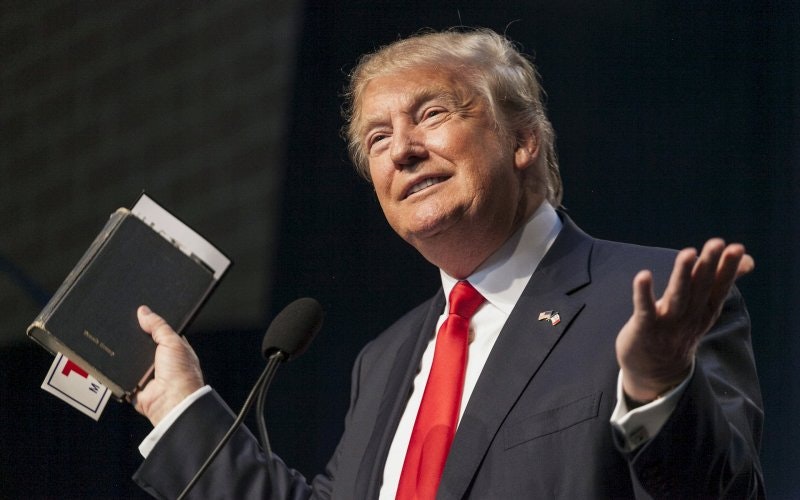 If you want to understand the rage that’s greeted the reality of President Donald Trump, it’s necessary to dig into a book that was first published 10 years ago, James Piereson’s Camelot and the Cultural Revolution: How the Assassination of John F. Kennedy Shattered American Liberalism. If you want to know why liberals are wailing, weeping, getting the vapors, and rioting in the streets, this book explains it.

In short: modern liberalism, unlike classic liberalism or conservatism, feeds off the desire to punish others. This phenomenon, which Piereson calls “punitive liberalism,” goes back to the assassination of John F. Kennedy in 1963. Piereson argues that prior to Kennedy’s death, liberalism was pro-American, anti-communist, pro-labor, and for incremental change to address social ills such as racism. The Catholic, anti-communist, tax-cutting Kennedy exemplified these beliefs. This is why Kennedy was disliked by the far left (and would be a conservative if alive today).

When Kennedy was killed by communist Lee Harvey Oswald, liberals were shocked. Then they scrambled to explain the tragedy. It simply couldn’t be possible that the conservatives were right, that Kennedy had been a martyr not to the civil rights movement, but to the Cold War. Summoning a world-altering level of denial, liberals explained Kennedy’s death by blaming it not on Oswald, but America. It wasn’t Oswald, a Castro-loving zealot, who pulled the trigger; it was “right-wing America,” the “climate of hate in Dallas,” and our collective historical sins. America was to blame.

Piereson summarized his theory before his book was published, in a 2004 essay in The Weekly Standard:

“From the time of John Kennedy's assassination in 1963 to Jimmy Carter's election in 1976, the Democratic party was gradually taken over by a bizarre doctrine that might be called Punitive Liberalism. According to this doctrine, America had been responsible for numerous crimes and misdeeds through its history for which it deserved punishment and chastisement. White Americans had enslaved blacks and committed genocide against Native Americans. They had oppressed women and tyrannized minority groups, such as the Japanese who had been interned in camps during World War II. They had been harsh and unfeeling toward the poor. By our greed, we had despoiled the environment and were consuming a disproportionate share of the world's wealth and resources. We had coddled dictators abroad and violated human rights out of our irrational fear of communism.”

“Given this bill of indictment,” Piereson concludes, “the Punitive Liberals held that Americans had no right at all to feel pride in their country's history or optimism about its future.”

An entire generation of leftists came of age in the universities, weaned on the rhetoric of their 1960s-tenured radicals. Instead of avocation for free speech, they became rabid with the desire to punish their putative oppressors: white men, the patriarchy, capitalism. Feminism became less about equal rights and more about attacking men. Gone was Johnny Carson, the late night comic from Middle America who gently ribbed the president. In his place sneered Jon Stewart, Stephen Colbert, and Samantha Bee, scolding schoolmarms who vacillated between sarcasm and virtue-signaling about the sins of traditional America. Entertainers like Michael Moore and Lena Dunham made millions picking apart everything that’s wrong with the country, from climate change to the smallest micro-agression. Gay activists demanded the right to marry, insisting that the privilege would not harm a single soul, then began to shut down Christian bakeries that refused to bake them a wedding cake. Again: the intent is not social justice, but punishment.

Then Barack Obama arrived. President Obama apologized for America, bowed to foreign leaders, and spent 20 years in the church of Rev. Jeremiah “God Damn America” Wright, an Olympian of punitive liberalism. When Obama was elected it intensified punitive liberalism, much the way rhetoric from a despotic leader will fire the masses into a frenzy of witch hunting. The more social progress America made, the more it was depicted as a hellhole of racism sexism, and homo/transphobia. Questions about letting grown men share changing rooms with young girls was suddenly the equivalent of Emmett Till’s murder. Being articulate was white privilege, and correcting a student’s mistakes on a test was racism. A rocket scientist was shamed for wearing a comic book shirt featuring women in bikinis. MTV social justice warrior Lacy Green summed up the brave new world well: “Everything is problematic.”

Nobody wants to live in a country where everything is problematic. People eventually get tired of the lectures and the guilt. Sure we’ve made some mistakes, but the United States is not the epicenter of evil in the modern world. We’re a fair people, and just want to treat people as individuals and not be screamed at when we leave the house. Between the late-night comedy scolders, the self-righteous journalists, the celebrities, and the climate change preachers, punitive liberalism had become like a toilet that was backing up in America. On election night 2016, Trump arrived like a plumber, and after some forceful rhetorical snaking and a mighty populist flush, cleared the pipes and restored some normalcy to the country.