A Galling Lack of Empathy 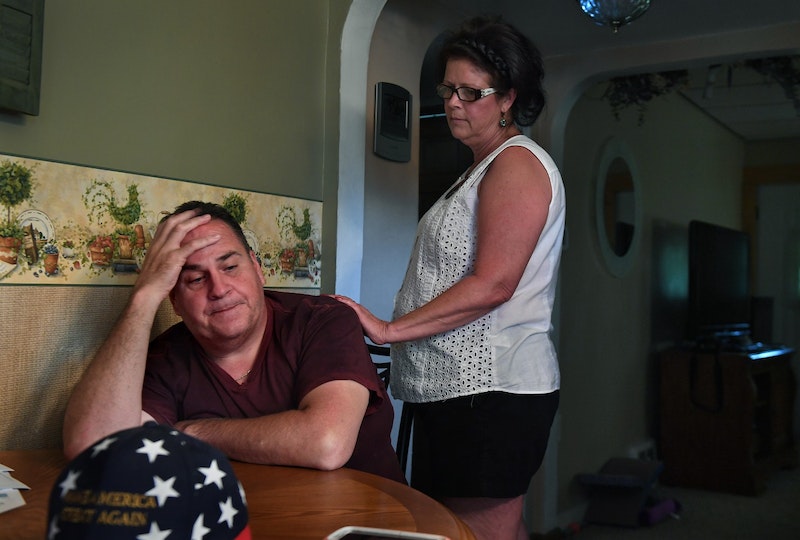 Stephanie McCrummen wrote a curious piece for The Washington Post last week called “Finally. Someone Who Thinks Like Me.” It’s would fit perfectly in the pages of The New Yorker, Harper’s, or McSweeney’s as a piece of fiction. McCrummen’s story is a profile of Melanie Austin, a rabid Trump supporter from Western Pennsylvania. She’s mentally ill, the perfect embodiment of the ignorant, deranged, and bigoted stereotype of the typical Trump voter that everyone on the left imagines wearing those ugly red hats. Although the piece is compelling, the intention behind it is disgusting, a transparent toss-off of liberal thought confirmation, in effect no different than the Falwell/Robertson school of calling homosexuals soldiers of Satan. It confirms all the claims of media bias by paranoid right-wingers and betrays an utter contempt and dripping condescension for a woman and a whole swath of Americans that deserve just as much empathy as anyone else.

McCrummen’s profile, in isolation, does help you understand how this woman got to where she is: “She was a 52-year-old woman who had worked 20 years for the railroad, had once been a Democrat and was now a Republican, and counted herself among the growing swath of people who occupied the fringes of American politics but were increasingly becoming part of the mainstream. Like millions of others, she believed that President Obama was a Muslim.” The fly-on-the-wall, give-‘em-enough-rope approach is in full effect here, as Austin goes off on every crank conspiracy theory that most liberals like to believe define the average Trump supporter: Michelle Obama is a transgendered man, both Obamas are Muslims, their kids were kidnapped from their real parents, Hillary is a murderous traitor and responsible for the rise of ISIS. She calls Trump “Big Daddy” and was visited by the police after she posted on Facebook that Obama should be hanged at the White House. She was hospitalized for psychotic episodes and wears a silver vial around her neck with her anti-anxiety medication inside, pills she frequently forgets to take as McCrummen notes every other paragraph.

I don’t agree with a word of Austin’s manic ramblings, and I’m scared by the possibility of a Trump presidency, but the intention behind publishing this piece in The Washington Post is just repulsive, and on a practical level, self-defeating. This is exactly what Rush Limbaugh and the like accuse the media of all the time: smug condescension and an elitist streak that’s devoid of the basic kind of empathy and understanding that’s crucial to keep this country from continuing its schism into two brutal extremes. You have to have some empathy for everyone because life is hard. Disease, poverty, illness, and isolation suck the will out of anyone with any kind of energy. I was watching the lead-up to the Vice Presidential debate last night, and there was a Hillary supporter that suggested, “Reading something you vehemently disagree with once a week to expand your world view.” Once a week? How absurd. If you’re living in an echo chamber run by The New York Times, The Huffington Post, and The Washington Post, without ever taking a look at Drudge or Breitbart—just to take the temperature of the other side—then you’re doing yourself and your party a disservice. The lack of empathy on both sides is galling, far more than any insult Trump has tossed off in the last year and a half.