Quit Misgendering Trans People If You Value Our Lives

What happened to Kyler Prescott is all too common. 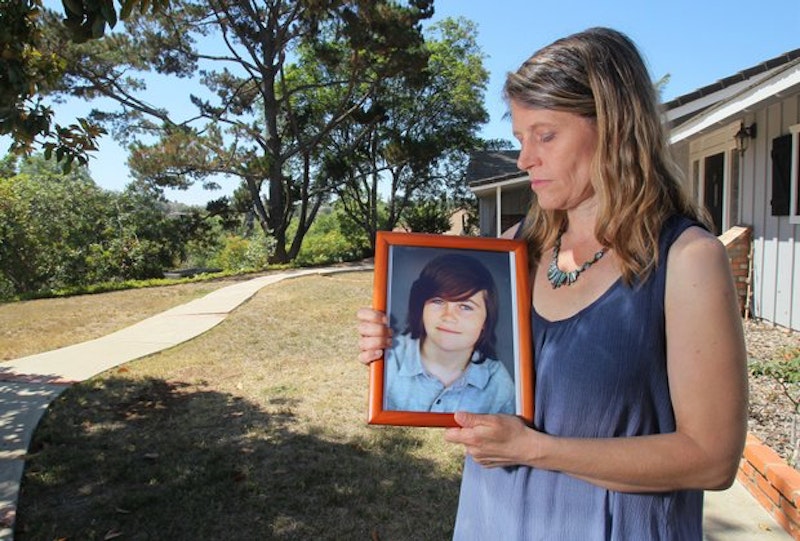 By now, if you’ve been paying attention to transgender-related news, you’ve heard about Kyler Prescott, the 14-year-old trans boy from California who committed suicide last year. This week, Kyler’s mother filed a lawsuit against the hospital that treated him for suicidal ideation a few weeks before his death, alleging that staffers’ constant misgendering drove Kyler to finally take his own life.

I’ve written before about misgendering and the pain it causes, but it bears revisiting for a number of reasons. “Misgendering doesn’t have to be intentional to be harmful,” I said last year, “and after a certain point, the trans person or people in your life are going to get fed up with it.” My point was that constant misgendering is liable to get you cut out of a trans person’s life—but what happens when that person can’t put up a wall? What happens when you’re a scared boy, trapped in a body that’s getting less recognizable every day, confined in a hospital on suicide watch for 72 hours while nurses say things like “I’d call you a ‘he,’ but you’re such a pretty girl”?

Almost every trans person involved in community activism knows the statistics: 41% of us have attempted suicide at some point in our lives, compared with 1.6% of the general population. That number rises dramatically among those who experience harassment during K-12 schooling, especially from those in positions of power. Whether it's from a parent, teacher, or medical professional, when you feel attacked by the adults in your life who are supposed to protect you, it’s easy to feel like the only way out is death.

So: we don’t have Kyler anymore. And we can draw a direct line from the discrimination he faced at Rady Children’s Hospital-San Diego and his suicide. Does anyone want to argue about the importance of affirming young trans people’s identities now?

The argument we hear most often is that trans children are “too young to know” and need to wait until their bodies have already undergone what may be the wrong puberty to make an informed decision. But that’s foolishness; given the availability of puberty blockers, any reasonable doctor will prescribe them while considering a diagnosis of gender dysphoria and prescription of hormone therapy. If the kid desists, the blockers stop—no harm, no foul. If not, HRT begins and the kid’s avoided a potentially disastrous period in their life. I can’t tell you how much better I’d feel today if I’d managed to avoid dude-puberty.

The second most common argument, though, is that affirming trans kids in schools is a hassle which infringes on the rights of cisgender students. There are so many things wrong with this view that I can’t even list them all: nobody comes out as trans to get an eyeful in the locker room; bathrooms are super private and peeping is an offense no matter what your gender is; gay teens exist in gendered facilities but manage not to assault people every day—but the most glaring (or what should be, anyway) is that failing to affirm trans students by forcing them into improper facilities directly contributes to the kind of harassment that killed Kyler.

That’s why I was immediately on board when I heard Lambda Legal was setting up a campaign to support several trans students in Pittsburgh’s Pine-Richland School District. While the district allowed trans students to use facilities consistent with their gender identities in years past, anti-trans activists pressured the school board to reverse that policy in September, forcing girls like Juliet Evancho to use the men’s room instead. “With the new policy, there have been a few times male students have called me names,” says Evancho, adding “I feel scared to use the restroom.” Her schoolmate Elissa Ridenour agrees: “I feel very alienated... like I don’t belong in the student body.”

Luckily, both girls have the full support of their families and have been transitioning for long enough that they don’t feel the same despair that took Kyler Prescott. And as Lambda lawyers note, the district’s resolution is in clear violation of Pennsylvania and federal law. But how many other closeted or awakening trans children is this policy harming? “[Y]ou’re taking away something that is so vital,” pleads Evancho. “Where do you go when your school isn’t safe?”

Kyler didn’t know; his body wasn’t safe, and the people who were entrusted with its care only stoked that fear. Let’s learn from his tragedy and step up for the trans kids who are still trying to take their first steps into a world that is learning not to hate them.