Left, right or intersectional, it’s all over. 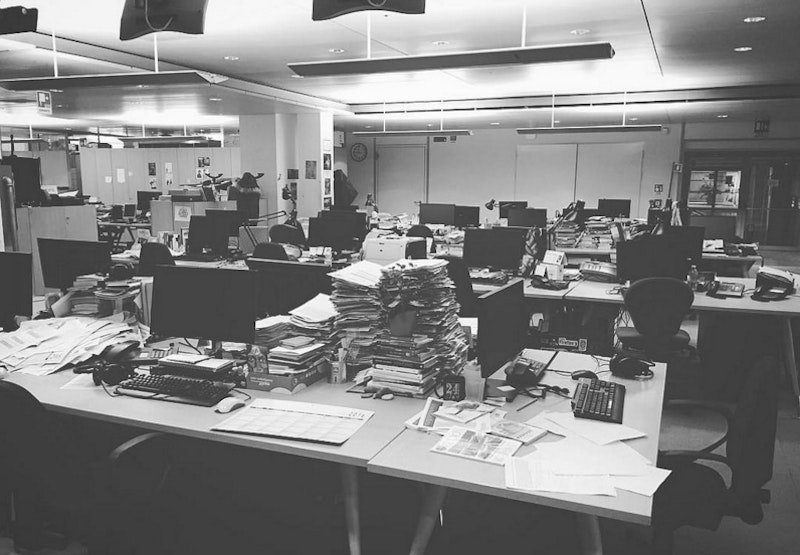 My friend C.T. May has a smart piece currently up on Splice Today, headlined “Conservative Pundits Just Found Out They’re Useless.” Cal’s a Democrat, and we don’t agree on many political issues, but he writes with verve, and is on the mark when saying that the conservative media intelligentsia—The Weekly Standard’s Bill Kristol and his now-you-see-it-now-you-don’t trumpeting of David French as an independent presidential candidate is just the most obvious example—is down for the count. May: “Trump doesn’t believe the same things the boys believe… He’s also a head case and an obvious con man. So the boys yelled, ‘Never Trump!’ But nobody listened.” Small circulation conservative and liberal opinion magazines are suffering even more than the remaining big dailies, hard as that is to imagine, and I wonder if the journalists who work at them will remain for the 2020 election. I happen to subscribe, and read, the print editions of The Weekly Standard and The New Criterion, but I’m nearly 61 so I don’t count in almost any desirable demographic metric, aside from products I’d rather not acknowledge.

Another thought: going down the ladder a few rungs, has it occurred to anyone else that the troubled Twitter is apt to encounter even more turbulence after November’s election? In part, the poorly-managed company is populated by journalists, old and some young, promoting stories, starting debates, and declaring their moral superiority to the rubes who have the stupidity to line up behind the likes of Trump. When the contest is decided—probably in Hillary Clinton’s favor, but again, I wouldn’t bet a nickel against the ideologically slovenly Trump given that he’s defied all political death notices since last summer—what will drive the site? “Hot takes” on who’ll be appointed Secretary of Labor? All signs point to a distress sale, maybe to Facebook or Amazon or a smaller corporation that’ll transform Twitter into another domain of adolescent angst, wedding announcements, sports, pictures of mutts and iPhone shots of what people are eating. And perhaps live-tweeting of popular television shows, although that’s probably just a fad.

Yet May, either because of political preferences or a restricted topic, didn’t apply the same standard to the liberal pundits who’ve become just as impotent as their counterparts on the right. And I don’t expect the garbage from Vox, helmed by the relatively young Ezra Klein, will matter a whit more than the last-gasp thoughts of, say, E.J. Dionne. Most Americans just don’t read this sort of material anymore: they never did in the numbers that pundits thought, but it’s really getting down to the dregs now.

A column on Sunday by New York Times columnist Frank Bruni serves as a reminder that these men and women have outsmarted themselves. Bruni’s wheeze, headlined “Italy Feels Our Pain,” was datelined Rome—and the days when the Times will spring for this or that word burbler to travel overseas on the company’s dime are about to end—and was about… Trump. Bruni spends time talking to Italian friends about the odd, and yes, repulsive, presumptive GOP nominee, and reports they feel great satisfaction. Yet his opening sentence demonstrates that Bruni’s writing for a finite audience: “During the circuslike years of Silvio Berlusconi, Italians grew flinchingly accustomed to being the butts of the world’s jokes?”

Seriously? How many Americans even knew the name of Italy’s flamboyant Prime Minister, who served for nine years total, though not consecutively? And currently, for that matter, does anyone really believe, during our own election season, that many are paying serious attention to the upcoming Brexit vote in the U.K.? Sure, Berlusconi was a Trump-like character, and I remember getting a chuckle or two when he was in power, but the notion that Italians as an entire entity were the “butts of the world’s jokes” is preposterous. Americans just don’t care that much about the world’s politics—unless we’re in a war—and by the same token, it’s doubtful that most citizens of China and India are clued into the Trump/Clinton election.

What’s more, and this really spells the extinction of pundits, think of how more debased the current presidential election is compared to 2012 and then ponder how bad it’ll be in 2020. Oh, the candidates might not be as unappealing as Trump and Clinton, but the ineffectual cluck-clucking of today’s commentators, four years older, will matter even less. The Acela Media is so insulated that I honestly don’t believe they see this coming, though a firm handshake and a slim envelope with a few severance/buyout dollars enclosed might be the cold shower that settles things.