Trump Believes His Own Bad Press

Turn off that television! 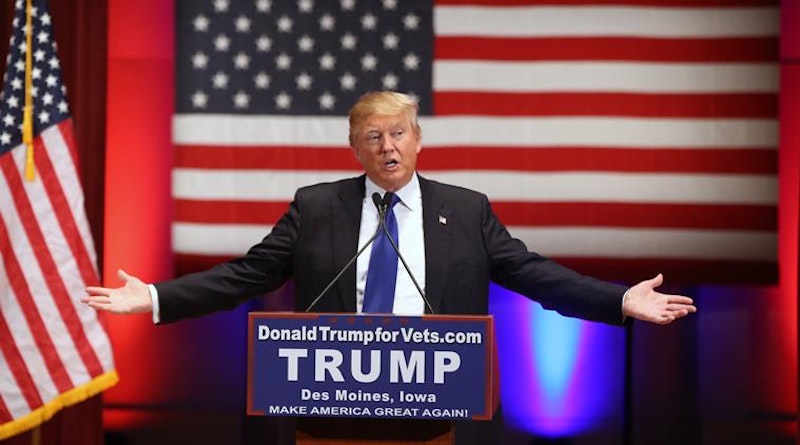 Donald Trump needs to stop paying so much attention to the mainstream media he claims to disdain. After all, the presumptive GOP presidential nominee now appears to have accepted one of MSM’s more dubious premises.

Consider Trump’s ongoing (and gross) attack on Judge Gonzalo Curiel. The candidate has demanded that Curiel recuse himself from the ongoing Trump University fraud cause because the judge’s parents immigrated to the United States from Mexico. This fact, Trump claims, means that Curiel is unfit to adjudicate the case. “I’m building a wall. It’s an inherent conflict of interest,” he says.

In a certain sense, one would expect conventional wisdom to jive with Trump’s claim. Polite society, after all, has claimed for months that because Trump is a strident opponent of illegal immigration—and particularly because he’s pledged to build a wall along the U.S.-Mexico border—Hispanics will vote against him in droves. Some of Trump's more intemperate critics have even claimed that the proposal to build a wall is inherently racist.

As it happens, there isn’t much evidence for massive Latino hatred of Trump: according to at least some polls, Trump is outperforming Mitt Romney's 2012 showing among Hispanics, and Latinos consistently rank jobs and the economy as far more important issues than immigration. But even more relevant, according to a YouGov poll from last fall, fully 49 percent of Hispanics support building a barrier between the U.S. and Mexico, versus only 38 percent who oppose the plan. (Twelve percent were undecided.) Surprisingly—and uncharacteristically for a man whose brain is wired to the Real Clear Politics averages—Trump appears to have ignored these poll results. Because now he says that Mexican-American Judge Curiel must be inherently anti-Trump because he has pledged to build a wall.

In other words, Trump has completely bought into the notion that all Hispanics hate him because of the wall. That’s a big mistake—after all, going by the polls, we would reasonably expect Curiel to support building the wall. (And by the way, even if it were true that the judge hated Trump because of the wall—and there is no evidence for this—the candidate has also failed to demonstrate that this has affected Curiel's jurisprudence one iota.) Perhaps Trump should spend less time watching MSNBC.