As in, the two-party system and the 2016 election. 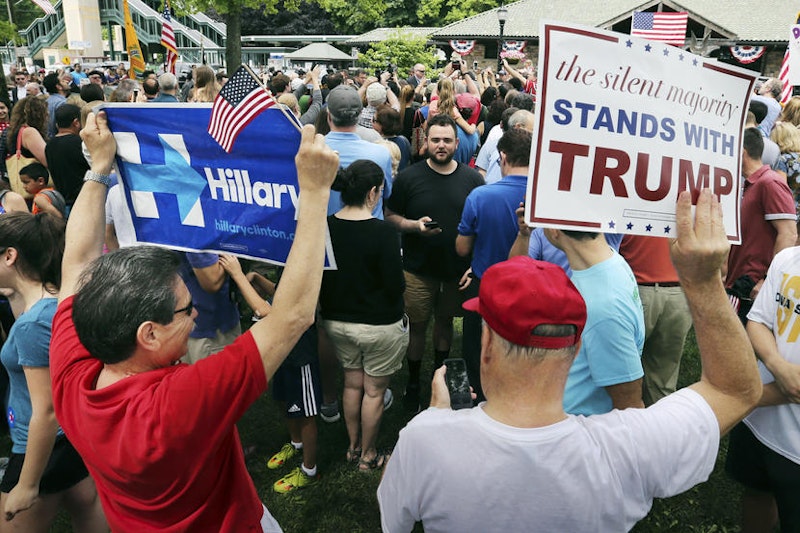 Last year, scientists announced that they’d discovered two black holes joined in a sort of yin-yang. These may be a source of the elusive gravitational waves that Einstein predicted a century ago, and in their cosmic pas de deux they’re devouring the Milky Way.

No doubt the twin black holes will get to Earth eventually, stretching our asses out like they were made of wacky interdimensional cosmic rubber and then suddenly collapsing us each into something a hundred billionth the size of a spider mite. (This is "accessible" science writing, if you're wondering, just one of my many gifts.)

Anyway, that’s also our political situation. The two-party system of twin back holes sucks in everything eventually, compressing the beliefs of each of us into an infinitesimal particle with the size and intelligence of a lepton.

I’d hoped 2016 would be the year of cosmic conflagration in which each party would blow like a big bang. I pictured the possibility of the parties splitting or exploding, but they hate each other so much that no one will go first, and potentially lose the election. But nothing will fundamentally change until the two-party system changes.

A month ago, Republicans such as Lindsey Graham and Paul Ryan still had a chance to put on their reverse thrusters, to improvise a new political party. Now they've reached the event horizon and are being sucked inevitably to their ethnic and ethical doom. Already, as Donald Trump argues that judges of Mexican heritage cannot decide cases fairly, they must wish they’d taken a different route. But it's too late.

It seems now that Bernie Sanders’ eventual endorsement of Hillary Clinton is inevitable, to try to stop Trump if nothing else. She’s everything Sanders’ supporters were trying to destroy: she is the oligarchy. And that’s where all the idealism and egalitarianism is ending up: voting straight-up to be ruled by Wall Street bankers and continue our inevitable descent into militarism and extreme hierarchy.

As the Democratic and Republican parties have spent decades vilifying one another and helping separate the United States into two echo-chambers, they’ve also cooperated to monopolize American politics utterly as a pair, to channel all debate and cash through their own incoherent ideologies and mechanical leaders. We've let it happen, too, so I guess we deserve what we're getting.

We’ve ended up getting cornered again this year, in a particularly disastrous way, with terribly flawed candidates whose identities and positions are profoundly incompatible with the interests and the ideals of most of the people who will end up voting for them. There might be detectible Libertarian or even Green gravitational waves this year, but when push comes to shove, people will vote to prevent Trump or Clinton from winning, which will make it inevitable that Trump or Clinton will win. Either result is extremely undesirable, I believe.

This is the paragraph where I hilariously circle back around to the twin black holes, but I'm already tired of the trope. Not as tired as I am of the American political system, though.