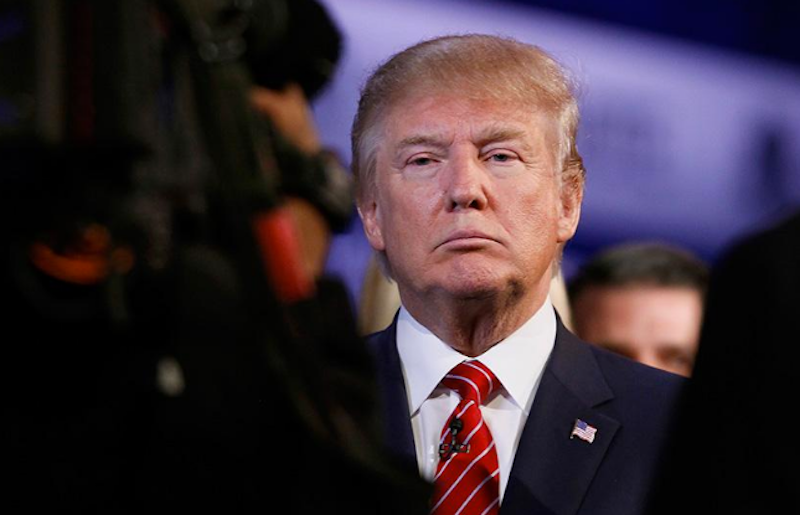 The following isn’t anything I know, it’s just what I think. But here goes: for a long time, life as a conservative writer in America has been something like being an editor at Reader’s Digest or the fellow who wrote “Ribald Classics” for Playboy. It was a gig and it lasted for decades and now the gig is dying.

In 1985 a boy who liked semi-colons and trim sentences could sign up for a lifetime of word production as long as he also liked Edmund Burke and Adam Smith. That wasn’t so hard to do. Well, Burke, Smith and Ronald Reagan. All right, doable. But how about George W. Bush? Or Sarah Palin? Still, the boys managed. But they found the consequences (the Iraq War, Katrina, Palin’s candidacy) to be not so good. And now Donald Trump has been added to the list of household gods.

Trump doesn’t believe the same things the boys believe. Not about immigration, trade, entitlements or the Constitution. He’s also a head case and an obvious con man. So the boys yelled “Never Trump!” But nobody listened. Now the boys are wondering what comes next. I think their day is done. Nobody wants their semi-colons anymore; nobody wants their thoughts on Lord Acton. Soon the money’s going to dry up.

Word spinning is a tough livelihood. Often the writer must shape his or her life around some unlikely function, some humble and very narrow service. Money gathers near these unlikely functions, so writers end up prepping copy for low-competence readers, or supplying text to separate pictures looked at by masturbators, or informing rich and vain people that the wealthy are the world’s bedrock and ornament and that those who criticize them are weak, grasping, spiteful, snooty, befuddled, hypocritical and doomed.

Now these humble gigs are encountering turbulence. Playboy keeps shrinking; “Ribald Classics” disappeared God knows when. The Reader’s Digest Association filed for Chapter 11 and is staggering along as its circulation shrinks by millions. As for the conservative intellectual class, they have Trump walking over their faces. In all three cases, the reason is the Internet. Playboy loses out to YouPorn, Reader’s Digest to bite-size clickbait, the conservatives to Trump’s Twitter account. He doesn’t need The Weekly Standard or National Review to sing of his greatness. He’ll do it himself and to a bigger audience. So, he reflects, what are they there for? He thinks they’re kind of useless.

They are. It’d be one thing if voters listened to the word spinners. But Trump just established that the voters don’t. The gang is left with its core audience, rich people who aren’t Trump. This group will continue to enjoy hearing good things about itself. But can they trust what they hear? After all, along with the praise there’s the talk about political prospects. Jeb Bush, Marco Rubio and Scott Walker weren’t supposed to lose, not all of them. But they did. Mitt Romney wasn’t supposed to lose in 2012. He wasn’t supposed to be shoved aside and laughed at in 2016. But look what happened.

Election results are annihilating the happy talk that right-wing pundits feed their customers. The lowly base got fed up with the party’s lies about repealing Obamacare. Maybe the upper crust is getting impatient with Jennifer Rubin and Bill Kristol. If not, the upper crust is even more deluded than I thought.