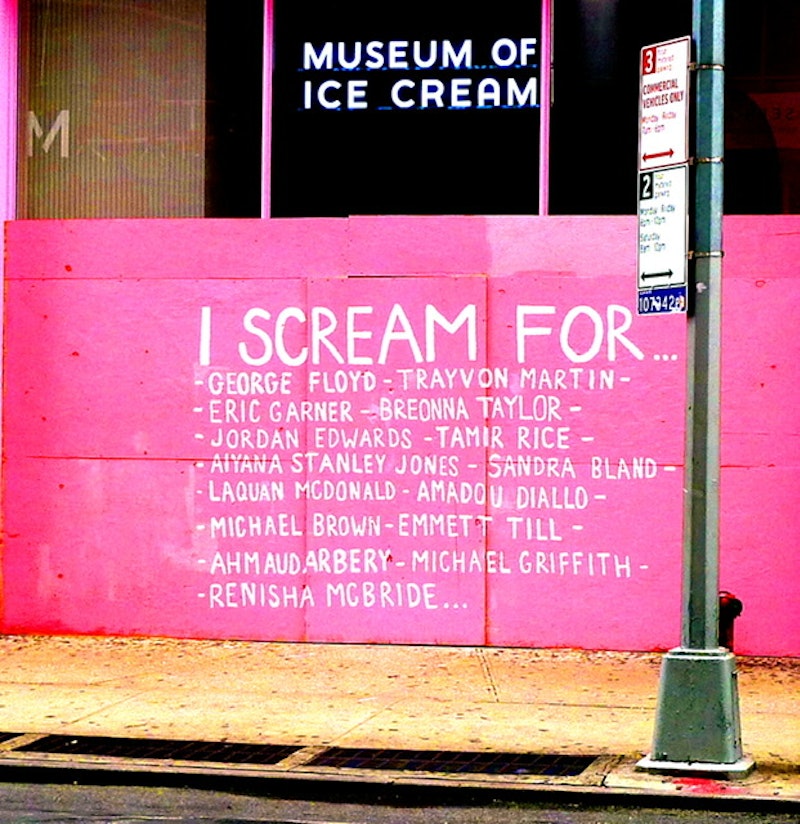 The battlefield was cleared months ago. Thousands of wealthy New Yorkers quickly fled New York City after the first mention of COVID-19. The catalysts were in place: a pandemic out of control followed by George Floyd’s murder. You can’t turn off a city like a light switch, especially when you’re in the middle of a crisis. In reviewing the unfolding events, Mayor Bill de Blasio looked clueless and the NYPD appeared stunned. Everything that could go wrong did. I felt a lot like Lot’s wife minus the brimstone as the fundamental institutions of our society crumbled. Chaos reigned. Breakneck looting damaged stores, pharmacies and mom and pops. No one saw it coming, except for a few smart Cassandras. The City had its head buried in the sand, too busy trying to figure out who left the damn door open letting COVID-19 sneak in from Europe.

On an early Saturday morning walk past the freshly-looted Starbucks next to Thomas Paine Park in Foley Square, there are a few government workers around busy power-washing anti-police graffiti off the statues. The park’s been a primary gathering spot for the protesters. The daily marches often run through the core of Manhattan on Broadway are now a plywood-lined gauntlet. Even in the pouring rain, their voices grow louder with each passing day. This isn’t a civil war; we’re on the cusp of major social change, the likes of which no one’s seen before in America.

Last Tuesday night the NYPD kettled around 1000 protesters on the Manhattan Bridge, preventing them from entering Chinatown. The next morning Sara D. Roosevelt Park sat quiet and empty. Stretching into the Lower East Side, the long stretch of green is next to the bridge. It’s usually filled with seniors, kids and immigrants going about their day-to-day business. But not today, the playground entrance is chain-locked, no parents or children in sight, just a few pigeons.

Chinatown is a community already under siege. Groups of homeless men have been murdered, a major fire destroyed the community’s cultural center and several racial attacks have taken place in recent months. Except for crosstown traffic, stores and restaurants along Canal St. remain closed. “For Rent” signs are everywhere. There are no signs of any recovery efforts here.

A very minor bright spot: you’ll find plenty of empty benches these days along Sara D. Roosevelt Park where the beautiful rose gardens are in full bloom. Comments from a disheveled couple on a nearby bench drift over, “I ain’t seen so many police in my entire life. What about Whole Foods, it’s all boarded up, I think it was okay. What do I know, I’m an old white lady,” she said. A few blocks away on Elizabeth and Canal Sts, nervous police stand guard, protecting the 5th Precinct’s perimeter. Gathered behind barriers, the cops cautiously look over and check me out making sure I’m not up to “no good” while I wait at the crosswalk.

As a longtime Manhattan resident, I witnessed many days of peaceful protests. Demonstrators filled Broadway. However, after dark last Sunday through Tuesday was a different story. Months of collective lockdown madness coupled with massive unemployment and George Floyd’s murder provided the needed fuel—the powder keg exploded.

Soho’s store windows routinely cultivate and cater to the demographics of a seductive lifestyle of fashion, beauty and wealth. Being familiar with burglaries, theft and smash and grabs, luxury stores know they’re targets. This time the crime setting was perfect. The stores were already boarded-up and closed for COVID-19 with no one around except for the residents living in fear above the stores. Maybe it was payback time for the various corporations who do business there. They continue to exploit street culture and show little concern for social issues with blunders like Prada’s racist window fiasco in December 2018.

Politics aside, the destruction of Soho was heartbreaking. Debris and trashcan fires smoldered in the streets with some places left untouched. Unbelievable. Block after block of lonely Belgian block granite streets covered with empty shoeboxes and shattered glass. The neighborhood’s silence was broken by a symphony of saws cutting up fresh plywood to board up storefronts. I saw a crew of young, active volunteers helping clean up W. Broadway. That’s the kind of respectful thing that happens when a neighborhood comes together, helping the community rise again from its devastated ruins. Local media missed the story; they were too busy focusing on police and protester confrontations.

Of course all the unrest didn’t stop Soho’s Museum of Ice Cream on Broadway from instantly capitalizing on a horrible situation with a quick marketing campaign. Their tone-deafness painted a bright pink plywood exterior listing BLM victim’s names on their storefront. The problem is the headline “I Scream for…” is from a 1920s novelty song, “I Scream, You Scream, We All Scream for Ice Cream”—a patronizing gesture for the protesters walking by. Again, part of the problem, along with their general admission tickets at $38 per person. Within a few days the sign was painted black.

Some of Soho’s looting was an organized crime effort. During the daylight hours, individuals on Citibikes and electric scooters scouted heist locations with cells in hand. As night fell, muscle arrived. With vehicles in place and armed with bricks, tire irons, hammers and other weapons, the teams finished the job. Technology helped in the process as iPhones recorded the events for social media. A Rolls Royce was spotted pulling up for pick-ups. On Tuesday morning construction workers were almost beat-up by looters guarding several suspicious trash bags filled with real Gucci handbags worth thousands of dollars. The workers returned the loot and received a meager complimentary cup of coffee from Gucci.

On Monday June 8th, New York City entered Phase 1 of recovery in hopes of regaining some sense of normalcy. Workers are back climbing scaffolds and hammering away. Meanwhile, a humbled city slowly licks its wounds like an injured dog lying on the side of the road. On Manhattan’s streets, there’s support for the majority of the protests. And in Sara D. Roosevelt Park, the couple on the bench had a final comment: “See that bird, it’s got more freedom in this country than a black man, at least that bird can fly away.”