Disingenuous celebrities and brands block the way toward the real unlearning of racism. 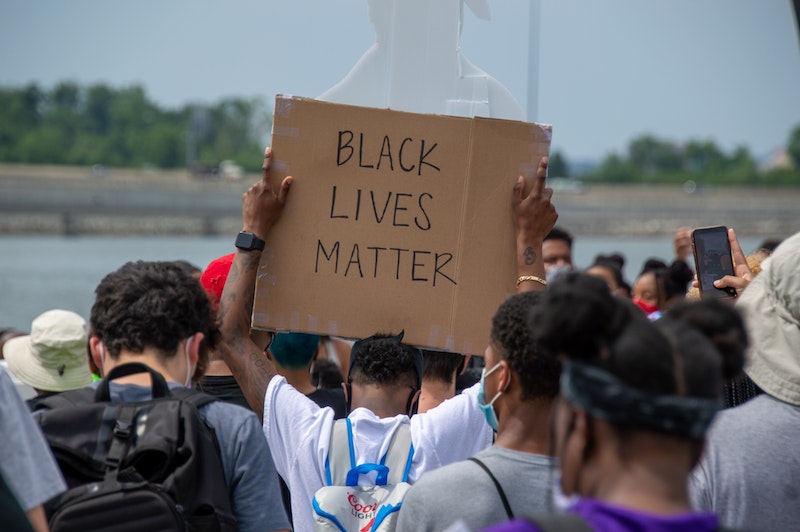 Celebrities and corporations are currently tweeting #BlackLivesMatter, but some aren’t buying it. Aisha Harris of The New York Times recently wrote about the current trend of bringing up past racist statements made by public figures and tweeting, “This you?” in order to hold people accountable.

“It’s a way to keep people and organizations in check,” she wrote, “and nudge them to work harder to receive their cookies, to make it clear that this won’t be easy for them, because it has never been easy for black people. A black square, a hashtag, a one-time donation alone isn’t going to cut it and, frankly, is a very low bar to clear. Part of doing the work and moving forward is taking responsibility for the past. We’ve only just begun.”

While many say this is another form of toxic call-out culture, there’s some truth to the underlying message. According to Ibram X. Kendi, “To be anti-racist is to admit you were being racist.” I’ve certainly been; never in an overt KKK white supremacist manner, or even as a Karen, but in more subtle ways.

I grew up in Prince George’s County, MD, which has a predominantly black population. It never bothered me, though, because it taught me that we’re all human. Even so, whenever I was around other white people—including members of my family—I kept hearing them talk about those people. They said they weren’t talking about all black people, but rather the “ghetto trash” (although that wasn’t the term they used) who never pulled up their pants, were involved with gangs, had a bunch of children out of wedlock, and lived off the welfare system. They were the ones ruining it for everyone else.

This racist notion of what it meant to be “one of the good ones” suggests some black lives matter more than others. It’s an idea that’s found everywhere in America, including the police force; if a black person looks like a “thug,” then they must be one. This creates a system where black people are twice as likely to be killed by the cops and four times more likely to be searched during traffic stops than white people. I was oblivious to all this, though, and believed high incarceration rates for black people was because of bad choices they made. “Stop blaming everything on the white man,” I’d say, “and take responsibility for your own actions. Think about what Dr. King would say if he were still alive.”

Things changed with Trayvon Martin. I already started seeing people talk on Tumblr about how systemic racism still existed, but it wasn’t until George Zimmerman killed Martin that I realized it was true. As time went by, more videos of police killing unarmed black people appeared online, each one starting another nationwide conversation about racism, only to be met with white people refusing to listen. I started following blogs and reading books by black people to educate myself and learned that racism isn’t always burning crosses and racial slurs; it’s often unconscious biases that all white people have.

Many balk at the phrase, “All white people are racist,” but there’s some truth to it. Racism is still ingrained into American culture, and when you grow up hearing messages that some people are more equal than others, that stuff sticks with you. You can still say and do a bigoted thing without being an outright bigot. Fortunately, just like with religious indoctrination, racism can be unlearned. Unpacking ingrained racism is the first step to fighting racism because without doing so, nothing will change.