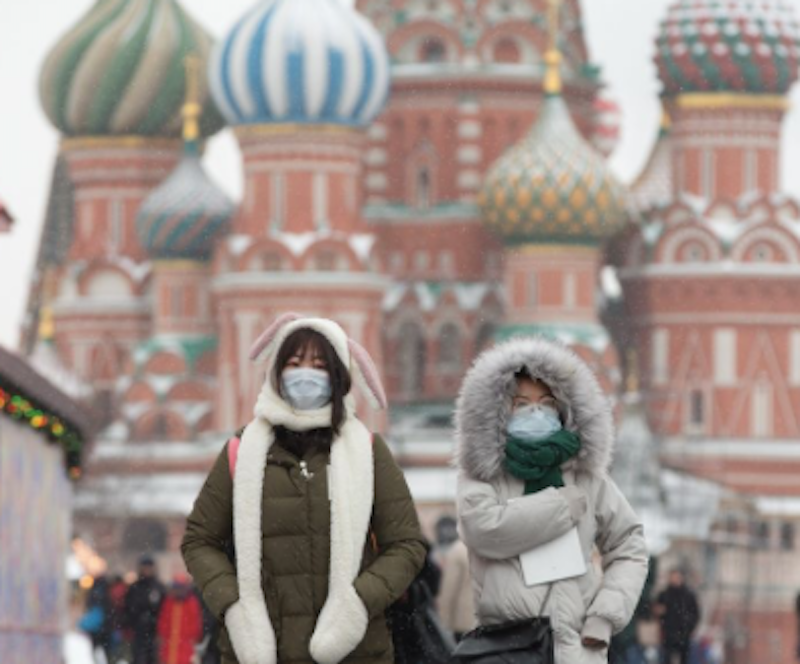 A fact: Every establishment institution in our disordered society is enthusiastically supporting the current civil unrest. Yet many who profess themselves amazed by this phenomenon are drawing the wrong conclusions from it. It’s important to understand that we’re seeing not the co-optation of our establishment for left-wing (as opposed to neoliberal) ends, but the exact opposite: the co-optation of this “revolution,” if that’s what it is, in the establishment’s interests.

But the genius of capitalism is in its assimilative power: its power to appropriate whatever “radical” phenomenon the moment generates, sanding off 100 percent of its edges and integrating it into its own supple machine. This genius is what makes our variety of capitalism so hard to beat, to the chagrin of reactionary right-wingers like me as well as of leftists.

In my lifetime alone I’ve seen this assimilation happen with, off the top of my head, the countercultures of both the 1950s and 60s (the former several trillion magnitudes more worthwhile than the latter; this heartland Christian reactionary can still recite choice lines from Allen Ginsberg, who occasionally rose to the rank of a fine poet of the 20th century’s second rank); the leftist terrorism of the 70s (study, for example, the latter-day Establishment careers of Maoist revolutionaries William Ayers and Bernadine Dohrn); and the black consciousness resurgence of the 1980s and early-90s, as expressed most obviously in the hip-hop music of that era (witness the extent to which some of the most “threatening” figures associated with that music transmogrified fast into fluffy and beloved national icons: Ice Cube, who ended up shilling for Monday Night Football along with Hank Williams Jr., comes to mind, as does middle-America icon Snoop Dogg).

Mark my words. Within a couple of years at least one of the leaders of the Capital Hill Autonomous Zone in downtown Seattle will have delivered a well-received presentation at Davos, or will have produced a series of TED talks, or will hold an atypically well-paid adjunct professorship in Harvard’s Social Studies department, if not in its business school.

Meanwhile, the noisy campaigns to “defund” or “abolish” the police will have come to nothing.

“Defunding” and “abolition” will simply be the words that an adaptable and resourceful capitalism will have affixed to bland ameliorative reforms of American policing. Some of these will be welcome and based in good sense and some will be stupid, but even the stupid ones will have little to do with “abolishing” the police in line with the vision of the left. President Biden in his senility will preside over an administration that, on the one hand, expresses itself using the latest revolutionary/identity politics lingo and, on the other, governs in a market-soothing manner that differs in no respect from the manner in which the Obama or George W. Bush administrations governed.

Both true leftists and right-wing reactionaries will have to get used to the fact that the current “moment of opportunity” will, after all the noise dies down, yield just more of the same for the time being.

Maybe it’s silly to concentrate on a foreign country given what’s happening in our own, but of course for us paleoconservatives Russia isn’t really a foreign country. It’s our true and only spiritual homeland, in that way that, perhaps, France used to be for gourmands.

So allow me to express my anger that Russia’s magnificent success in fighting the coronavirus epidemic is going unrecorded in the U.S. media. A sprawling country the healthcare system of which tends to be derided as “backward” has outstripped every “developed’ Western country in containing the pestilence.

There’s no need to explain why Russia—which, to belabor the obvious, is doing more than twice as well at COVID-19 containment than even South Korea—is attracting zero credit. Anti-Russian racism has been one of the doctrines of the American media for years. As a revolution in media is turning control of that media from liberals to leftists, that may change, but it hasn’t yet. And so we hear nothing of Russia’s success. Zero.

Even the warmongering and aggressively expansionist American empire of the Cold War was capable of facing the facts of Russian achievement: The New York Times didn’t choose not to report on Sputnik or the Soviet Union’s magnificent dominance of Olympic-level sport. It’s a brittle, weak America that chooses to stick its head in the sand in the face of Russian excellence; and I wonder how much better our own coronavirus response would be were we to heed the lessons of the splendid Russians.

Glory to the Healthcare Hero-Shocktroops of the Russian Federation!