It's a faith-based cult passing off untested ideas. 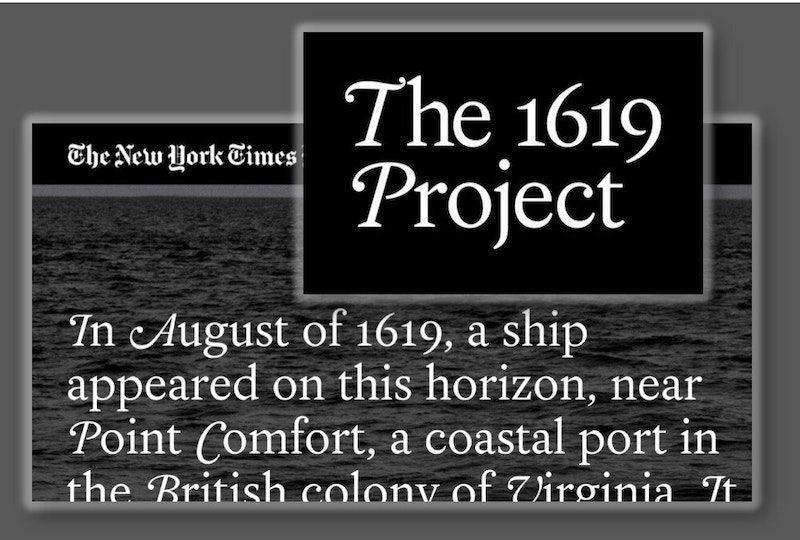 The New York Times "1619 Project" was a mission to explain how every aspect of America's development as a nation has been tainted, in ways we hadn't thought about before, by racism. In progressive circles, the Times' effort was lauded, but not all historians are buying its ideologically-driven revisionism, even ones who normally lean liberal. “So wrong in so many ways,” is how Gordon Wood, Pulitzer Prize-winning historian of The American Revolution put it. Another Pulitzer Prize winner, James McPherson, a renowned scholar of the Civil War, said it was “unbalanced and one-sided,” and that it “left most of the history out.” Many are aware of the “1619 Project,” but few realize that it sprang from a core tenet of what's known as Critical Race Theory―history was written by the oppressors and therefore must be subject to constant revisionism. The Times revisionist project appears to be a bit overzealous.

“Theory," as CRT's most avid proponents refer to it, began in the 1970s with the teachings of former Harvard Law professor Derrick Bell, known as "the father of Critical Race Theory.” The twin pillars of CRT, which rejects Enlightenment liberalism, meritocracy, and “color blindness” in race relations, are that the power structure—especially our legal, economic, and educational systems―is inherently racist, and that race is a social construct (not a biological reality) invented by white people to maintain their power. Racism isn't seen as individual acts of bad behavior, but rather as a virus that's embedded in American institutions and culture. All white people are guilty of it, with no exceptions. The idea is that white people intentionally act to keep black people in poverty because it benefits them. This is accepted as a matter of faith, not as a conclusion that's been arrived at after sufficient scrutiny.

Relatively few progressives have even heard of Marxist-influenced CRT, although they often repeat its key assertions, which have woven themselves into their conversations on all racial matters. Take white privilege, for example, a concept that's been expanded beyond all reason. In a recent viral video, a white woman tries to shame (unsuccessfully) three young women who are cleaning the Black Lives Matter-themed graffiti off a building for not caring about black lives and misusing their white privilege. Critical Race Theory asserts that everything is about race, meaning that absurd, self-serving call-outs like this one are encouraged.

One of the things CRT adherents have going for them as an offensive weapon is that, unlike right-wing extremism's clearly repugnant aspects, the theory's ideas are couched in the concept of virtue, and phrased such that those not accepting them can be accused of white supremacy. In fact, CRT explicitly defines criteria white people must meet to be considered virtuous. Take the theory's concept of "antiracism," for example, which isn't simply about opposing racism, as one might think. Antiracism posits that if white people are not actively fighting racism in the approved manner, then they’re racists, regardless of what their actual feelings on race are. CRT believes it has all the bases covered.

CRT disciples use aggressive tactics against those who don’t accept their unverified theories, which are more like motivated hunches. Social justice educator Robin DiAngelo, who's white, has written a book on the concept of "white fragility." According to her and her fellow travelers, all white people are inherently racist due to a lifetime of coasting on their white privilege. Their "original sin" is being born white, and they can only redeem themselves with a lifetime of conscious effort aimed at reversing their relative good fortune.

If you push back against this dictum, then you’re exhibiting your white fragility, which itself is evidence of racism. That's an emotionally manipulative sleight of hand. You lose either way, even though they don't know a single thing about you.

There’s no way to disprove the claim that all white people are inherently racist, which by the principle of falsifiability makes it unscientific. To give her musings any credence, we must believe that DiAngelo is omniscient. As with much of CRT, faith is required. It's pseudo-science.

CRT is obsessed with “whiteness,” as if there weren't any race-based oppression in Asia and elsewhere at the hands of non-whites. I was once denied service, because I'm white, at an establishment in Tokyo. People of color did that to me. I'd love to hear how CRT would explain that or explain the 1,000,000 minority Uighurs that the Chinese government is holding in reeducation camps. Which white-majority nations oppress other races like this?

Using the lax standards of CRT, I wouldn't have a hard time making the case that “Asian supremacy” is the root of much of the world's evil. CRT scholars haven't read many works of race theory or social justice by intellectuals in Arabic, Mandarin or Russian. There's a built-in language-caused selection bias that produces work that's Euro/American-centric, and therefore parochial.

The late Joel Ignatiev, one-time lecturer at Harvard and prominent CRT figure, had an obsession with white people and "whiteness." "The key to solving the social issues of our age," he once stated, "is to abolish the white race.” He also said, "Abolish the white race by any means necessary." By any means necessary? That could be interpreted as a call to genocide, and it would be interpreted as a call to genocide if any other race were involved.

Critical Race Theory isn't science-based. It's more like a cult that's sprung up as a replacement for a loss in faith in the American republic and Enlightenment liberalism. But it's a toxic mix of ideas that sabotages interracial relationships, as the burden’s on a single group of people to prove they're not racists. CRT’s also divisive amongst white people, as the woman posting the video of the graffiti scrubbers in order to gain prestige demonstrates.

CRT calls for self-loathing among white people. The Twitter account @noname (325K followers) recently tweeted: "New white followers: Please unfollow me if you are not willing to provide resources (financial or otherwise) for the material needs of black people in our continued fight for liberation. This includes the inevitable seizure of your families (sic) estate and any other remaining assets."