An omen to our cyberpunk future. 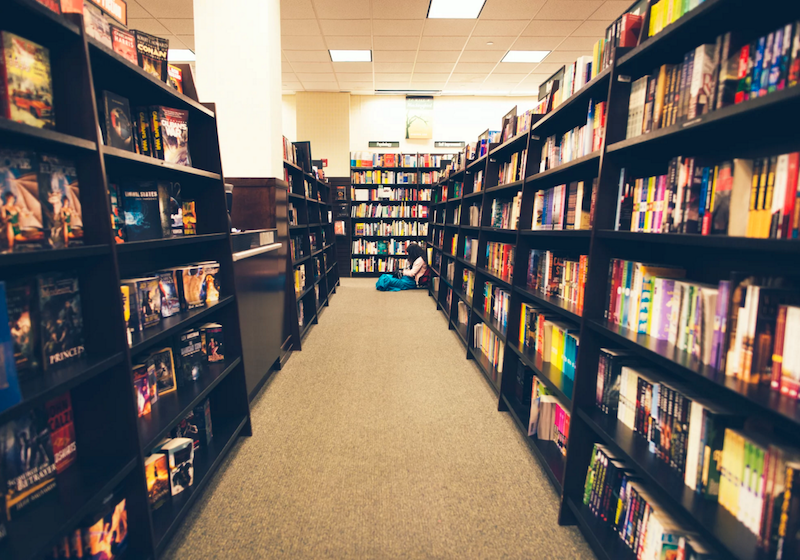 Some time ago, when I was writing for the CCBC Connection as a student journalist, I remember attempting to figure out whether or not it was going to be handed over to Barnes & Noble College in operation. Earlier this September, I had found that the bookstore had quietly shifted. I remember the bag with the stylized ampersand and the subsequent feeling of unease from the insertion of corporate branding into yet another aspect of modern life.

I thought about cyberpunk media such as Robocop and Deus Ex and how the genre handles corporate power. How the line between corporate and public life has become so blurred that in effect corporations have more power than governments. Not only that, but technology becomes a tool for social stratification as access to technology becomes a main factor in whether or not an individual person succeeds. In Deus Ex: Human Revolution, this is visually represented by augmentations as categorized by class.

In the modern world, the digital divide is a very real barrier to upward mobility. As technology has reshaped the language of our modern world, those who speak it will be able to navigate successfully. Technology has also been given a sleek, sexy makeover from its utilitarian origins. Apple's influence on combining aesthetics with utility, marketed as status symbols, have influenced cyberpunk media further. The presentation of technology, even more than the technology itself, is meant to echo the social stratification that it seeks to critique.

But it's the dominance of corporate power that paints the bleak picture of cyberpunk media. Perhaps most frighteningly it's not too far off from our modern world. I remember the long lines at the bookstore that featured bored students, undoubtedly uninterested in the bigger implications at play. But that's an issue in and of itself, as the corporate form works its way in subtly enough as to go unnoticed, so that when it's finally time to examine it, it's reshaped that part of society to the point where its removal would cause additional complications. But for some, all they will see is the stylized ampersand on the side of the bag.