The End of the University System

It always starts with law schools. 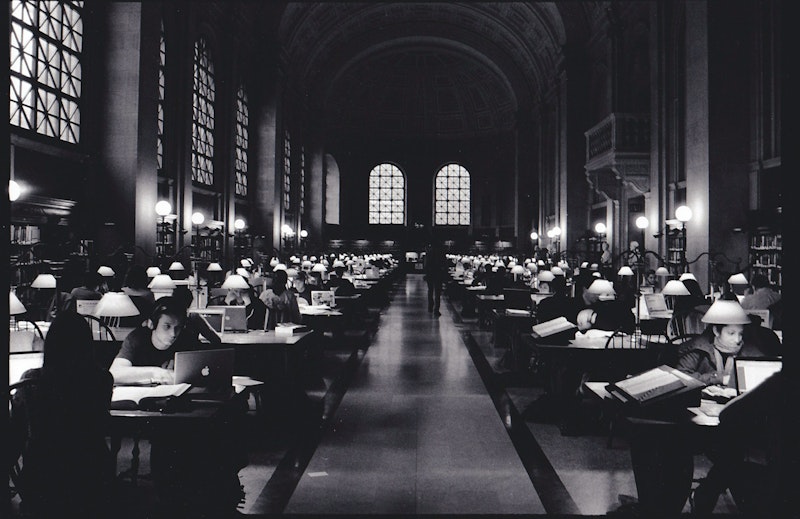 Earth, receive an honored guest; the for-profit Charlotte School of Law is laid to rest. So reads an email from the school’s alumni association obtained by WSOCTV-9 in Charlotte. “I am deeply saddened and profoundly frustrated by this news. I was very hopeful that our law school would be able to regain the confidence of the ABA, the BOG, its students and its alumni,” wrote Lee Robertson, the alumni association president, to current and former students. The school is closing at an inopportune time for its remaining 100 or so enrolled students. It’s too late for them to transfer, perhaps even too late to receive a refund on money applied toward this semester’s studies.

But that’s par for the course. Charlotte has been on its deathbed since late 2016, when I began covering its impending demise for The Atlantic. Denied access to federal loan monies—which constituted the bulk of its operating budget—it fired one dean, lost an interim dean, and finally got a third guy, Paul Meggett, to take the reins.

Then Meggett (and the school’s lobbyists, the Podesta Group) worked a miracle, somehow convincing Betsy DeVos’ Department of Education to temporarily grant the school’s 100 remaining students access to federal aid for the fall semester. I wrote a follow-up to my original story, speculating that perhaps the Trump administration’s chummy attitude toward for-profit education would spare the school and its two maligned, underperforming siblings in the InfiLaw consortium, Arizona Summit and Florida Coastal.

It didn’t, and it won’t. Legal education on this old model, with expensive facilities and accreditation systems, is mostly finished. The scambloggers, those elitist jerks who salivate over each bit of bad news that affects schools below the sacred T14 (the 14 schools thought to be the best in the country, outside of which one might as well not study law at all), will eventually get their wish.

They have many reasons for experiencing schadenfreude, not the least of which is that this means access to the profession will continue to decrease. Law school enrollments have dropped from around 140,000 in 2010 to 110,000 today, and will continue to plummet. This is fine for the scambloggers and fine for me; we’re all already licensed to practice law, and few of us are from groups traditionally underrepresented in modern legal practice.

Still, at one time law was at least assumed to be a real academic subject, something that could be mastered as surely as car repair or computer programming. Of course, all of these jobs are best learned from one’s employer, in the form of an apprenticeship. My brother became an ASE-certified mechanic while working at my father’s car dealership, several of my friends transitioned into computer coding when their employers offered to train them, and the only meaningful legal experience I have came from learning how to properly file documents while actually suing people.

As far as I can tell, there was no reason for me to spend three years studying to become a lawyer. As a journalist, I can spend an hour researching a story and an hour writing it, at which time I’m about as well-versed as I was following a graduate school seminar (one can only remember so much, after all). More importantly, there’s no reason to keep passing the buck ever higher on the educational ladder: we don’t need law schools, we don’t need colleges, and we may not even need high schools. Promising kids can be “raked from the rubbish,” to use a phrase of Thomas Jefferson’s, at any point along their educational journeys and then trained to become whatever their future employers expect them to be. Such prodigies appear across the spectrum, from tennis pro Andre Agassi (who beat uber-athlete and ex-NFL star Jim Brown at tennis when he was only six) to logician Saul Kripke, and would probably be more common still if companies had a pecuniary incentive to find them.

Here’s a story I learned in law school. The national push to integrate America’s public schools, one of the greatest victories for the civil rights movement, began first with law schools (Missouri ex rel. Gaines v. Canada, 1938), proceeded to graduate schools (McLaurin v. Oklahoma State Regents, 1950), and culminated with public elementary and high schools (Brown v. Board of Education, 1954). The plan, devised by Howard Law professor Charles Hamilton Houston, was to work from the least offensive situations, in terms of public opinion, to the most, gradually changing the minds of racist white Americans along the way. Prodded by effective Soviet Union propaganda mocking the hypocrisy of US “Jim Crow” laws, the country’s elites gave way—even if tolerance and acceptance remained far in the future.

This is also, I believe, the order in which the schools are going to close. First the law schools—or at least most of them, the ones that aren’t in that sacred “T14.” Then the universities without fat endowments or state “flagship” support will bite the dust. And finally we’ll begin re-thinking the need for public education at all, in a world in which human beings—gig-doers and freelancers—are finally understood to be nothing but fungible labor inputs for companies. Perhaps this is already the case, but there’s still a lot of pretense, a lot of bullshit about the inestimable value of an education, lingering from the somewhat-good old days.

I won’t miss the universities, which have become another category of corporate welfare parasites preying upon student and taxpayer alike, nor will I mourn for former tenure-track and tenured colleagues employed by these places. Change is a constant, and a consumer model built on delivering quality career outcomes is best left to those companies that still want or need skilled labor. Have them shoulder the cost. The university, which in its “modern” form began as a couple of priests and monks banding together to help would-be priests and monks read dead Greek philosophers and Church fathers, is nothing special. If anything, that earlier model, which had a certain kind of voluntariness built into it—teachers were paid directly by students, and “colleges” could skip town if they weren’t needed or respected—was way more sustainable than this current model, the costs of which are driven sky-high by pointless accreditation standards and all the administrative bloat needed to meet them.

But all changes come with costs. In this case, the costs will be significant. As bad as the current model is, it meant that very poor people, people like my mom and dad, could go to school because of their prowess either at taking tests or putting balls in hoops. In recent years, it’s meant that an unprecedented number of people belonging to underrepresented population groups could receive additional education, perhaps explaining the exploding popular interest—at least among young, smart people who are Extremely Online—in critical race theory, gender studies, and leftist economics.

Whether this is social justice’s last gasp or finest hour remains to be seen. If, however, access to our existing clunky and inefficient system of education dwindles, then we might be in store for far less justice of any kind. Prodigies are much more likely to be found among the rich, because the rich can afford the sort of high-end tutoring that makes normal people perform prodigious feats. The poor and marginalized, by contrast, are less likely to find outlets to sharpen their intellects and test their creative powers.

The administrators at our universities could’ve done their part to save themselves years ago. They could’ve stopped grading and testing, transforming themselves into incubators for imaginative discourse. They could’ve reduced the size of their physical plants, told their professors to focus on shaping their legacies from the raw materials of their students rather than slavishly churning out peer-reviewed work, and forced their sports teams to become the local sports clubs and minor league organizations they ought to be (and actually are, at least throughout Europe). But they didn’t, because there’s no way to accurately measure this kind of subjective output, and if you can’t measure it, who cares?

Years ago, I worked for Jay Conison, who later became Charlotte Law’s first dean. Jay was a nice guy, a former philosophy PhD candidate at Minnesota who had an abiding respect for the liberal arts tradition. He urged me to read a bunch of books that, at least at the time, were life-changing in their impact. I often wonder how he really felt about having to monitor LSAT scores, bar admission rates, numbers of books in the library, and other arbitrary numbers. I wonder if he thought law school, or just school school, should be something completely different. The seminar he taught, which was open-ended and discussion-driven in extremis, suggested he did.

I also wonder how many other deans and presidents, presiding over their respective Titanics, saw the icebergs but were too constrained by concerns about family life, unpaid bills, and other day-to-day worries to bother steering in a different direction. During the four years I was a tenure-track professor, I wanted the university to become something else, something better, and advocated for it. Now I’m no longer a professor. Then again, Charlotte Law, which was merely offering more of the same but with worse student outcomes, is no longer a school.

“We do not care,” wrote Langston Hughes. “Not enough of us care anywhere. We are not wise—for that reason, mankind dies.” Or at least the law schools. Which domino will be the next to fall?