The Problem of Whiteness 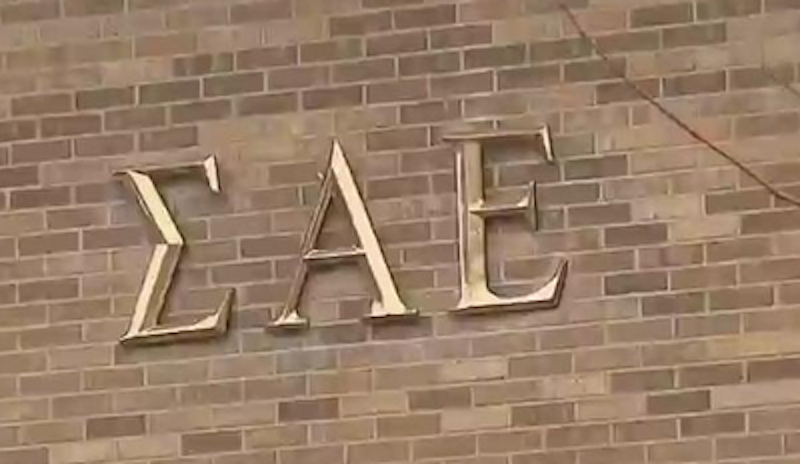 Earlier this month, University of Oklahoma’s Sigma Alpha Epsilon fraternity eloquently reminded us that racism is not dead. This should be revelatory to no one, save perhaps Chief Justice John Roberts. For some, the surprise may have come in the unabashed, flagrant manner in which fraternity members proclaimed their prejudice, singing in unison to a busload of peers as cell phone cameras recorded the performance. How could they be so stupid, in today’s world of social media and whatnot? I’ve heard this question asked more than once.

University of Oklahoma’s president and SAE national headquarters immediately denounced the actions. Student expulsions and the chapter’s closure soon followed. Swift, decisive response to brazen stupidity is reassuring, yet possibly the exception rather than the norm in similar cases.

At my own alma mater, Arizona State University, a separate controversy is quietly simmering in the form of a strange tug-of-war between administration, untenured faculty, and neo-Nazi groups. It began when Fox News caught wind of a class offering called “U.S. Race Theory and the Problem of Whiteness,” led by associate professor Lee Bebout, who is white. The latter half of the title caused Elisabeth Hasselbeck and CampusReform.org, a self-described “watchdog to the nation’s higher education system,” to turn a non-starter into a mildly-entertaining news segment.

“They would never allow a class talking about the problem of ‘blackness’… but you can certainly harass people for their apparent whiteness,” quips an economics major interviewed for Campus Reform’s article, asserting perhaps the most common, yet poorly reasoned argument against the upper-level graduate course.

In a statement to Phoenix New Times, Bebout explains his choice for the controversial name: “When I chose the course title, I wanted to signal several different meanings that would come to shape class discussions. Perhaps most significantly, ‘the problem of whiteness’ draws attention to the often unacknowledged experiences of race. In the US today, talking about race is almost always synonymous with talking about people of color. In this way, whiteness is rendered invisible and universal. Thus, this course asks students to consider how people from different backgrounds understand, tell stories about, or avoid discussing race.”

The irony of whites outraged by a class examining critical race theory and white privilege garnered a few laughs, but things quickly took a more serious tone when National Youth Front (NYF), a neo-Nazi group targeted Bebout. Hundreds of fliers displaying his face, labeling him “anti-white,” were distributed throughout his neighborhood and on campus while threatening phone calls and emails poured in.

In an attempt to address the backlash, ASU faculty associate and PhD student Robert Poe organized an informal “teach-in” on campus in early March, inviting students to learn more about the themes and topics covered in the course. Members of NYF attended the teach-in as well, engaging the speaker with questions. Later, cell phone video capturing Poe was posted online as calls for his termination were made to ASU.

Bebout has mostly remained silent on the issue and declined comment, fueling my reservations to bring further attention to the topic. I was a student in his classroom and the guy is a fantastic instructor—one of the best during my time at ASU. The backlash he has received is so ludicrous and led by people seemingly starved for attention that I hoped it would subside on its own.

Aside from issuing a bland statement defending the course, ASU has done next to nothing in reaction to NYF, which has staged protests on campus and facilitated violent threats against the faculty members. More troubling, however, is that it appears the administration is sweeping the issue under the rug entirely. After the informal teach-in, Poe discovered that his name was removed from class listings for the Spring 2015 semester. The most recent listing on his faculty profile is a 2014 class titled “Principles of Justice Studies.”

All the while, ASU was facing a $40 million reduction in state funding as the legislature debated budget cuts. Bringing more attention to an eyebrow-raising course title, as ASU President Michael Crowe argued how cuts would affect programs, probably wasn’t the best idea, especially considering conservative views of higher education being “marxist indoctrination centers,” as a comment on Campus Reform’s article described it.

A Change.org petition calling for the university to “publicly support their faculty (Lee Bebout and Robert Poe)” is trying to gather 500 signatures, but at this point it’s unlikely ASU will take a harder stance. Even if budget negotiations played no role in their position, it’s disheartening to think that the university would release a statement defending the class, but fall so painfully short of defending its own employees.

This has occurred in stark contrast from events at University of Oklahoma, where administrators were also forced to confront racially-motivated and hateful behavior taking place on campus. In that case, while their own students produced the behavior, it’s conceivable that reaction would’ve been equally as swift if not more so had it been directed towards UO faculty members.

So, here I return to a question posed at the beginning—How could those boys be so stupid—singing, “You can hang him from a tree, but he’ll never sign with me, they’ll never be a n***** in SAE,” while their friends captured it with cellphones?

This type of behavior is born of the ignorance created by living in a perpetual bubble—by being one of the select few who never have to deal with questions of race or prejudice.

Gliding through life without confronting these notions is a privilege shared by many, including members of the now defunct SAE chapter. There’s an insidious danger in assuming that your experiences always extend to those around you.

—Daniel Mills is a writer and journalist in Phoenix, Arizona. He is the founder and editor of sprawlr.org, an online publication for Arizona non-fiction.