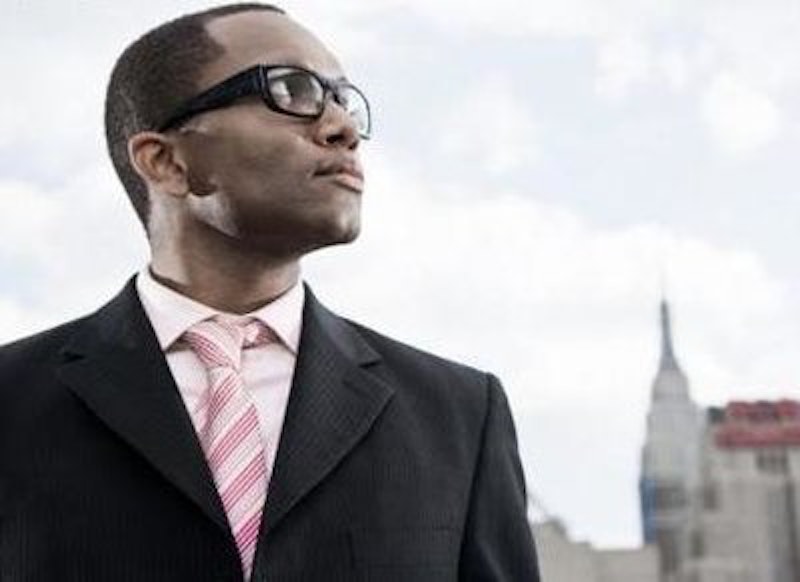 I recently gave a public lecture at King’s College London about my Lord and Saviour Beyoncé Giselle Knowles Carter. It was called “How to Be Beyoncé” and was featured as part of the Arts and Humanities Festival at King’s. The lecture is based on a very short eBook I wrote a couple of years ago. By now I’ve done the talk at Reed College, Oxford University, Ryerson University, Virginia Commonwealth University and University College London. In it I don’t assume to give any answers because I don’t like answers. In scholarship, who has the answer? Nobody. That’s why I like provocations that raise even more questions, things that make you think about culture in ways you didn’t imagine possible or know you could.

Broadly speaking the talk is about the cultural fury around Beyoncé. Why do we praise her so much? How is it that she has managed to stick around all this time, getting better and better with each record? You know, in many ways I grew up with Beyoncé. I was listening to Destiny’s Child “No, No, No”—Part 1, girl, yes—so it’s interesting to have watched her mature as an artist. But how many other pop stars were booming at the same time as Destiny’s Child? Christina Aguilera. Pink. Remember Britney Spears, too? And yet somehow Beyoncé is one singer who has outlived and become even more famous than any of the other divas and male pop singers I liked when I was 15. And that’s fascinating.

But I’ve learned that “How to Be Beyoncé” is not just a lecture about Beyoncé, divas, or popular culture. It’s about people, and undergraduate students especially, seeing a black queer male at the front of the room who’s sharing his ideas with the world. It’s a fact of university education systems in the UK and in the United States that most courses, lectures, talks, special panellists and guest speakers will be led by white people, and white men specifically. All good! But here’s the truth: more than one student came up to me at the end of the lecture to tell me that finally there was a visible brown queer person leading a lecture at a prestigious, Russell Group university, a lecture about a woman, and a black woman at that. Finally, I was told, there was a space to talk about the intersectionality of race, sexuality, gender and performance. It sounds like there are not many opportunities to do so.

After my show at Oxford a black queer student emailed me to tell me that I’d completely “snatched his edges” and he wanted to know how to do the kind of work I do. And after my performance at King’s this week I received 15 emails from students that were specifically about how glad they were to see “a fierce, confident brother doing his thing,” as one message put it, with one saying she felt uncomfortable being taught about African American Literature by a white man. You definitely don’t need to be black to study or teach black literature, but I take her point for wanting someone who looks like she does at the front of the room—in any subject matter.

I wish students sent these impassioned messages to their Deans, because this is a really powerful message that Department Chairs, search committees, Deans, curriculum committees and other university power-brokers should be listening to very closely. You only need to visit the Congrats, you have an all male panel Tumblr to understand that the overbearing maleness and whiteness of colleges and universities around the world is such a problem that it’s now the butt of a joke. When will colleges and universities start investing in cutting edge research being done by brown queer scholars and other marginalized people? At the same time that an academic job line in Medieval History is approved, could we also approve a line in Latin literature or queer studies and race?

Students are desperate to talk about race and about how it intersects with gender, sexuality, queerness and class. They want to talk about how these issues get reflected in popular culture, which thanks to mobile media, steaming platforms, iPads, the Internet and globalism, is the dominant cultural form of the 21st century. But as one search committee chair at a prestigious U.S. university told me, “We know students want to learn about popular culture. But that’s not where we’re putting our resources.”

Colleges and universities will never be spaces of exciting, progressive knowledge and places to train new humanities or social science scholars if the faculty personnel and curriculum do not reflect the interests and make up of a diversifying student body.